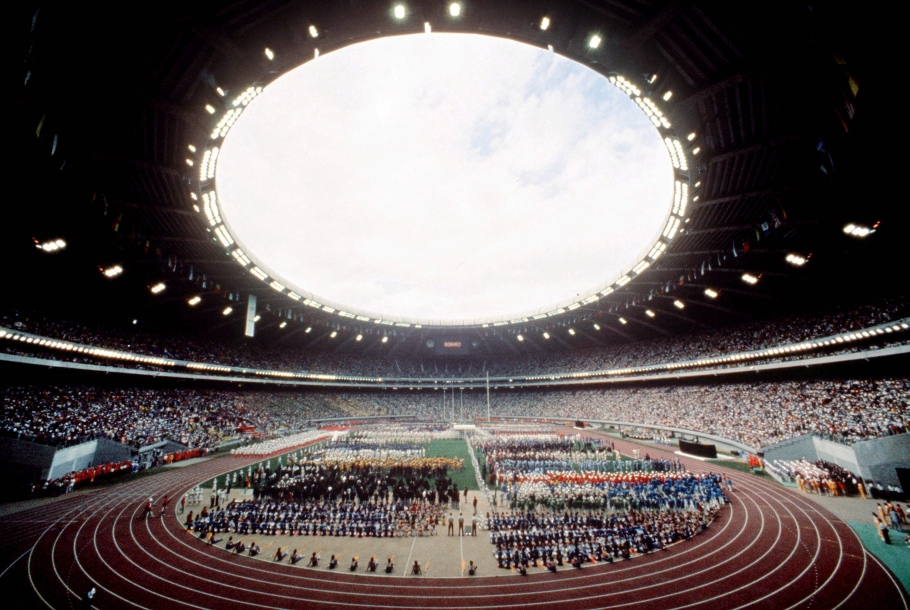 Over 40 years ago, Montreal welcomed the world to the Games of the XXI Olympiad, where the Olympic rings made their Canadian debut.

Montreal, home to the 1976 Olympic Games hosted 6084 athletes from 92 countries. This was the first time the Games touched down in Canada and it helped shape the landscape of Montreal. 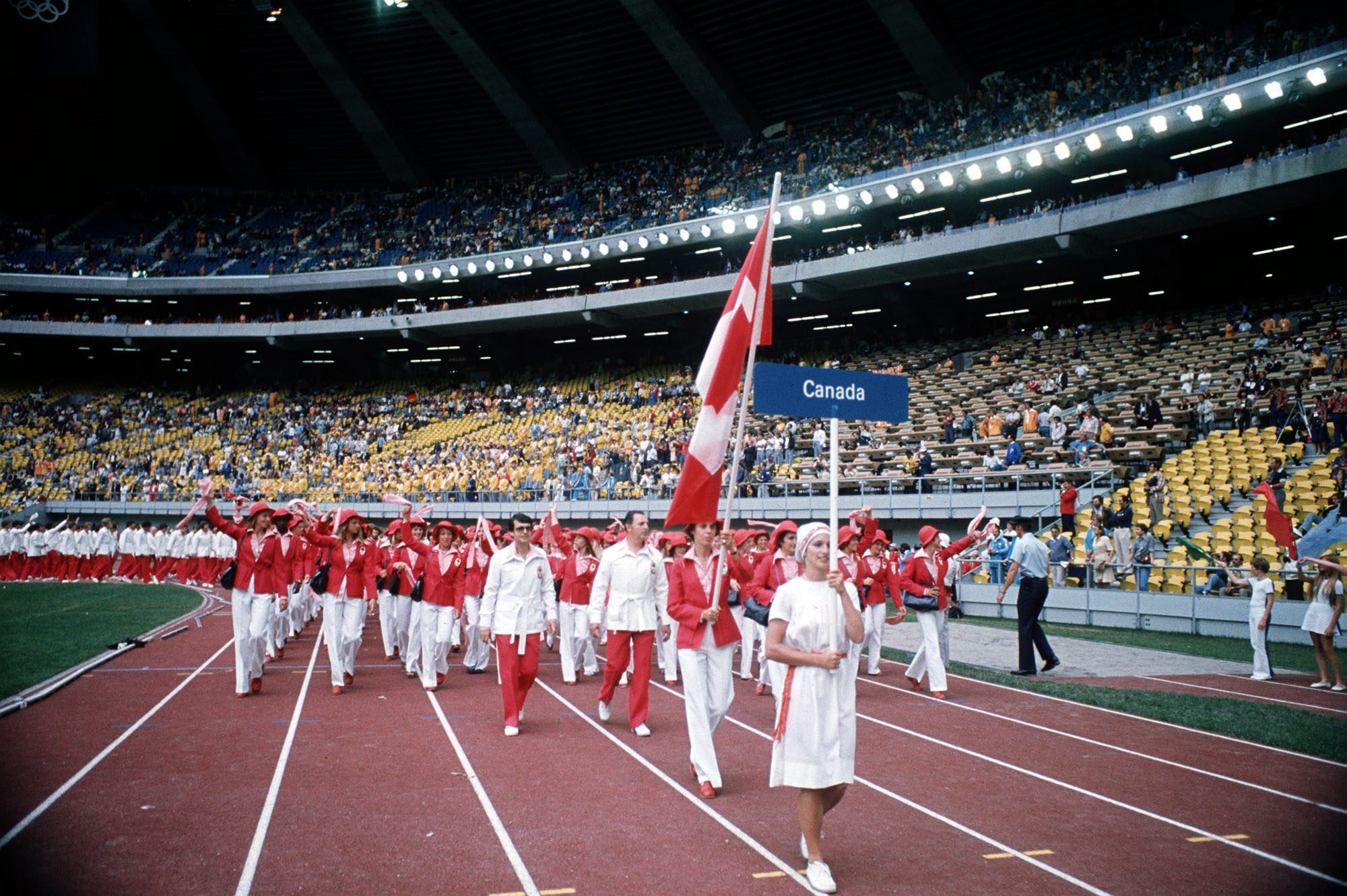 Abby Hoffman carries the Canadian Flag as she leads her team into the Olympic stadium in Montreal July 17, 1976 during the opening ceremonies for the games. Hoffman, 29, from Toronto, will compete in the 800 meter run. (CP PHOTO/ file)

Canada had a disappointing medal haul during 1976 with a total of 11 and no gold.

Canada won five silver medals and six bronze during the Games: eight in swimming, and one each in equestrian, athletics and canoe-kayak sprint. 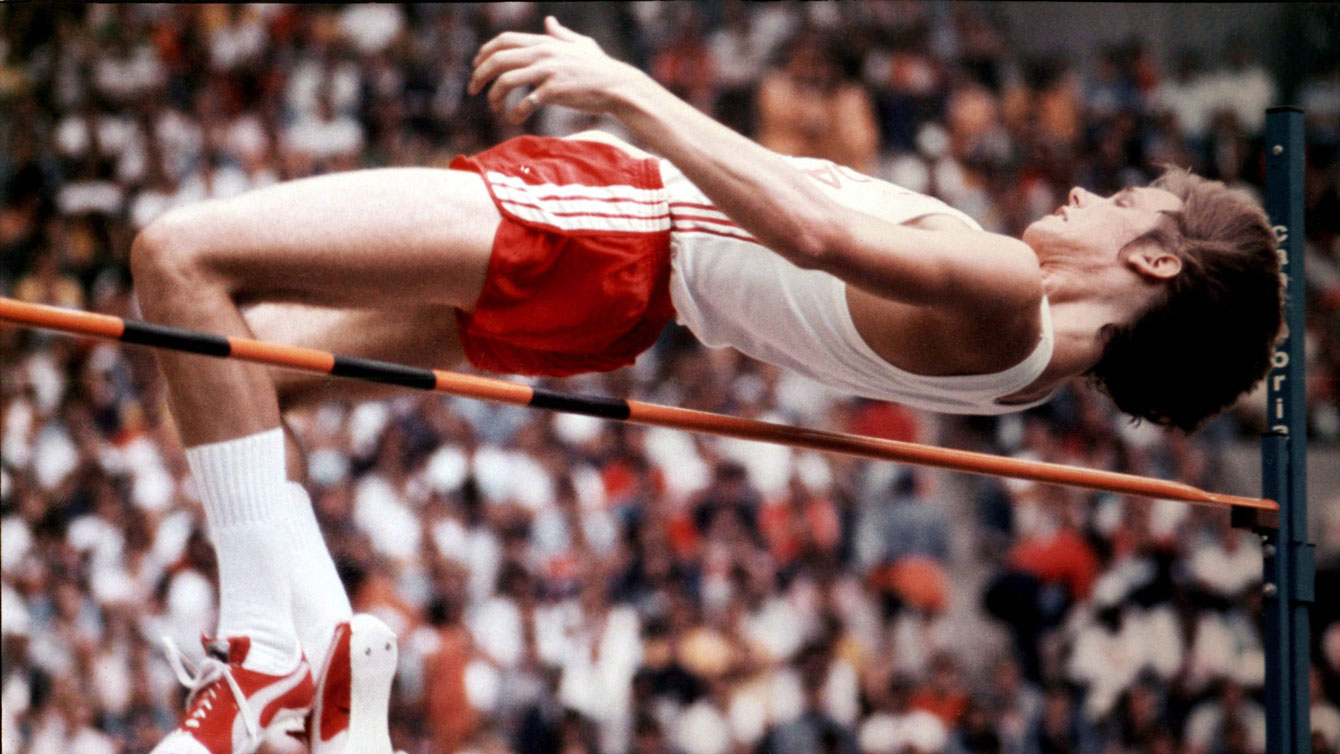 The Games created some Canadian household names including Greg Joy who won silver in high jump, John Wood who was second in the C-1 500m and Nancy Garapick who took bronze from the pool in both the 100m and 200m backstroke. 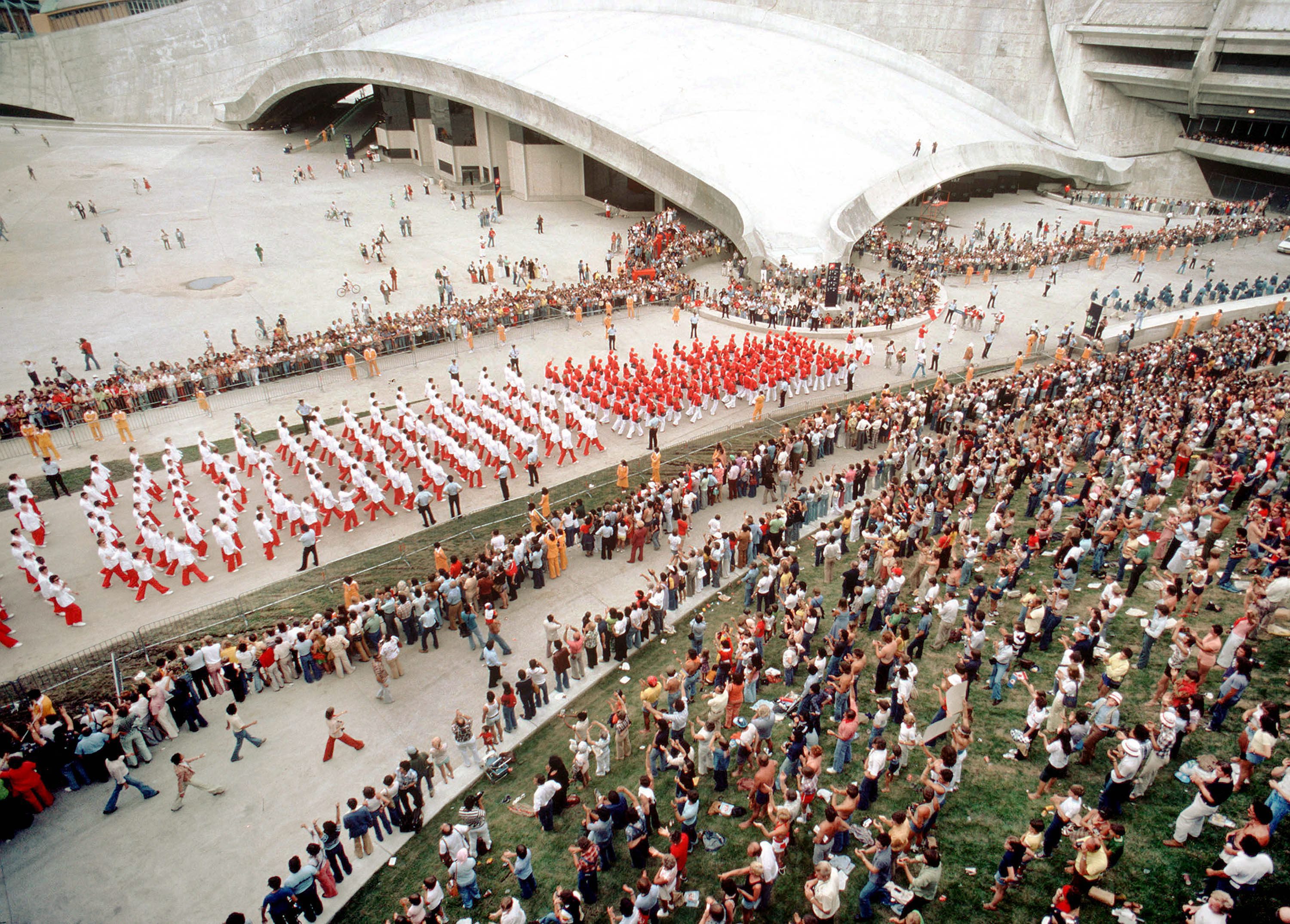 Although Canada did not perform very well at its first home Games, Montreal 1976 has been noted for some major moments in history, touching on major global topics of the time and spawning personalities who still dominate the airwaves today: 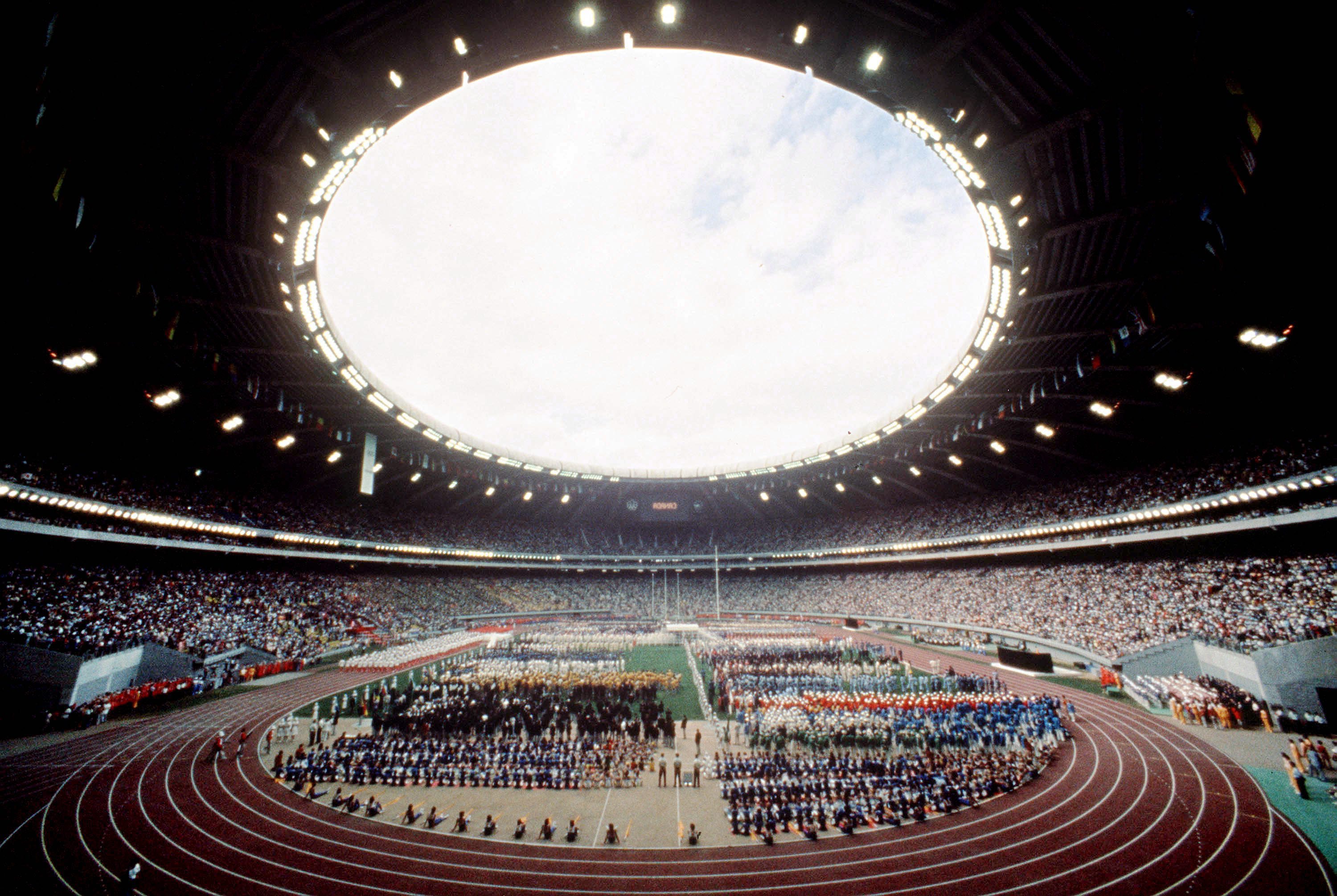 The Olympic Stadium was used during the Games to host the opening/closing ceremonies, athletics, the football final and riding.

After the Games the stadium became home to the Montreal Expos, the city’s former Major League Baseball team, from 1977 to 2004; and the Montreal Allouettes of the Canadian Football League also made the stadium their home for a few years.

The stadium’s esplanade is now used to gather food enthusiasts during the First Fridays – a monthly gathering of food trucks on the first Friday (just as it sounds). 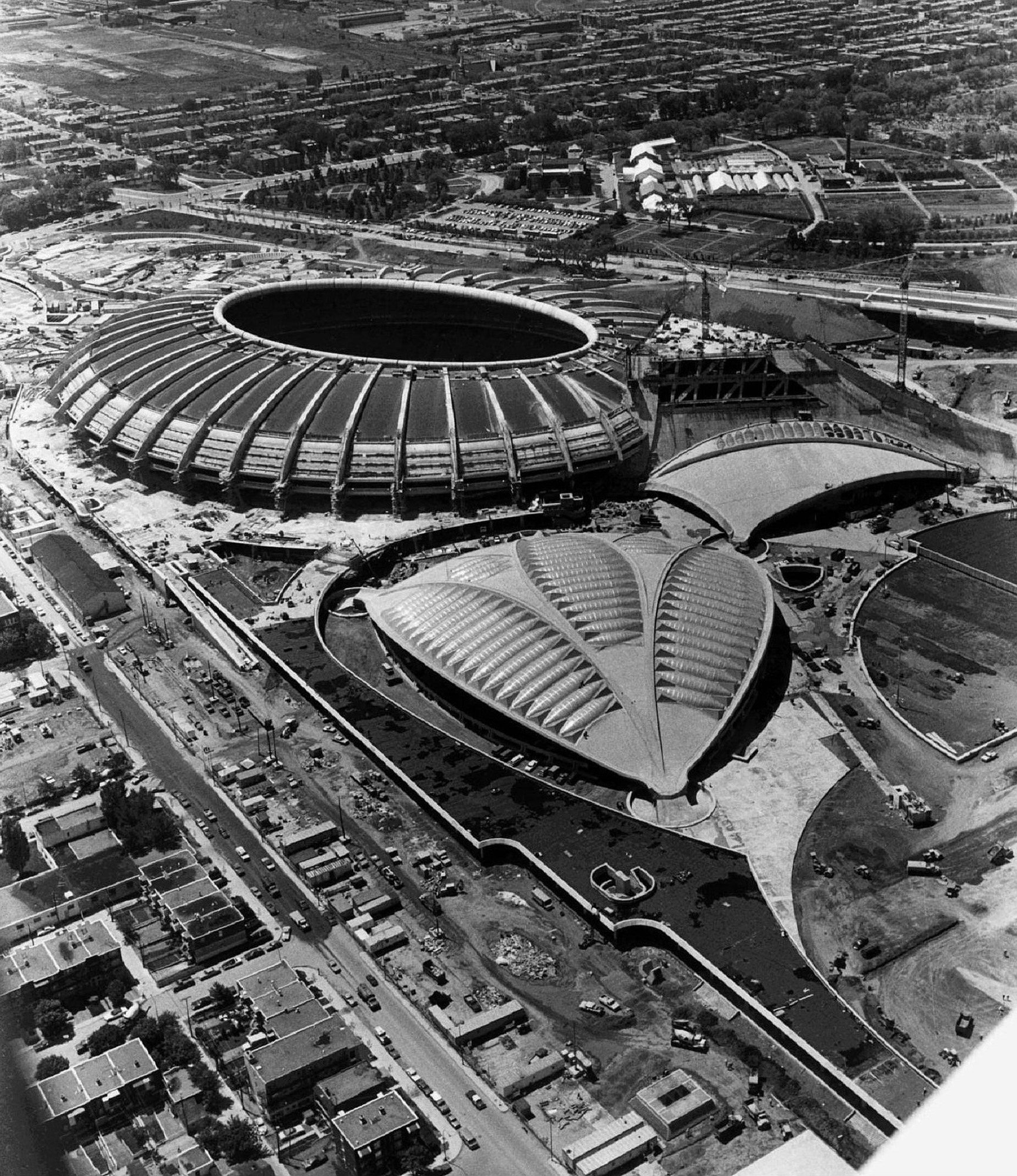 FILE – The Montreal Olympic Stadium and the Olympic Veledrome are shown in this June 1976 photo. It was 30 years ago that the 21st Olympic Games in Montreal opened. They were a huge success despite shocking cost over-runs and construction delays and the fact that there was no gold among the host countrys 11 medals. (CP PICTURE ARCHIVE/stf)

The velodrome, located east in Olympic Park was home to cyclists during the Games, however in 1992 the velodrome was transformed into the Biodome.

Centre-Étienne Desmarteau was used during the preliminary basketball games and has since been turned into a multi-sports facility that houses two ice rinks, two gymnasiums and other training facilities.