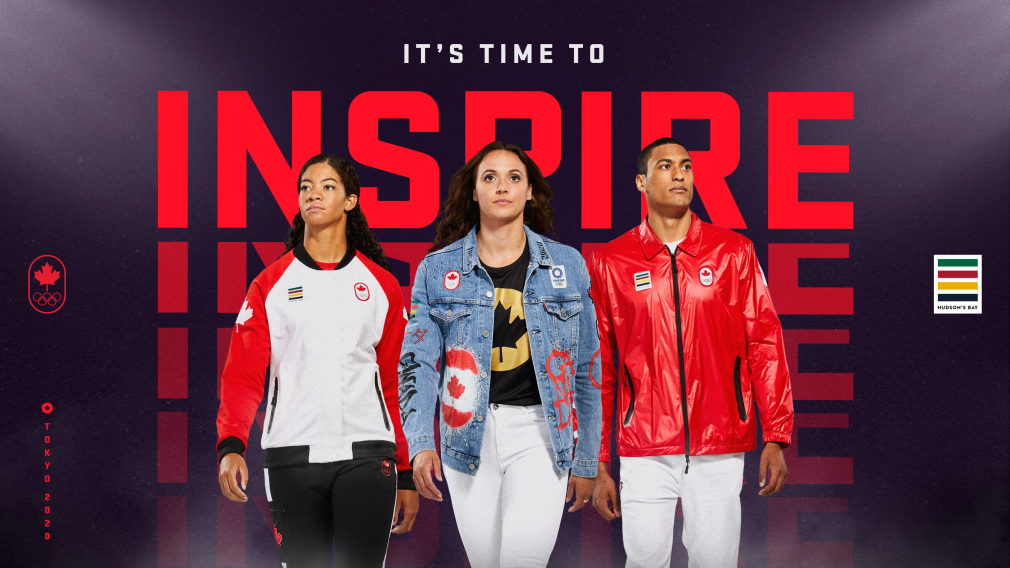 Olympic Games, but make it fashion.

In less than a year, Canadian athletes will compete in the Tokyo 2020 Olympic Games and will do so in style.

Team Canada and its Official Outfitter Hudson’s Bay have released the new team kit for next summer’s Games, which will be sported by our country’s Olympians and Paralympians. The clothing included in the Team Canada Collection is not only stylish, but functional, featuring sweat-wicking, light fabrics to keep athletes cool and comfortable.

For each Games, Hudson’s Bay considers the host city climate. For Tokyo, that meant not only heat, but also rain and the use of air conditioning, which informed the textiles used and the style selections.

The 26-piece kit blends classic looks and street fashion with a Canadian twist. The kit has distinct looks for the Opening and Closing Ceremonies as well as Victory Ceremonies, when Canadian athletes who reach the podium receive their medals.  There are also plenty of options for wearing around the Olympic Village and while cheering on teammates.

“There is something quite special that I can’t really explain when an athlete receives their Official Team Canada Collection at the Olympics. It is a symbol of pride and honour of representing your country on the biggest stage,” Erica Wiebe, Rio 2016 Olympic champion wrestler, said in a release.

Sailor Sarah Douglas, who took some time out of training to model the kit, said “Wearing the podium outfit can help me picture being on the podium and winning a medal for Canada.”

Hudson’s Bay has outfitted Team Canada at every Games since Turin 2006. This year’s kit will see 10 per cent of proceeds from the Tokyo 2020 Team Canada Collection invested in the Team Canada Return to Sport Program, which supports athletes in making a safe return to training and competition in our new COVID-19 reality.

To learn more about the various looks and designs Team Canada will be sporting at Tokyo 2020 and how you can have them to wear yourself, read on!

First impressions are everything. As Japan welcomes athletes from around the world, Canadians will be showing off their national pride, with the maple leaf clearly visible on the back of their jackets. 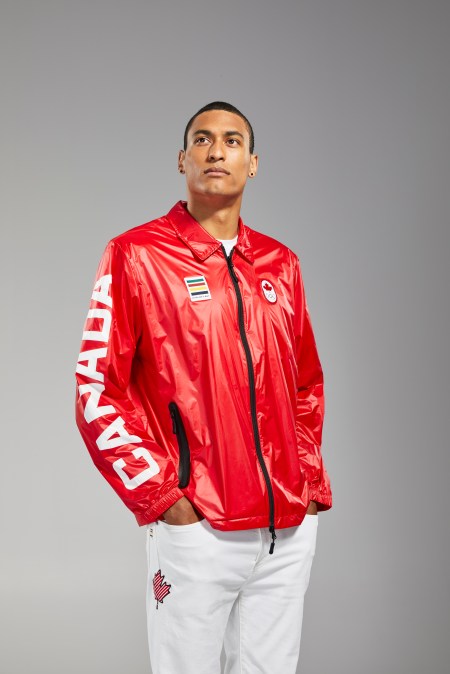 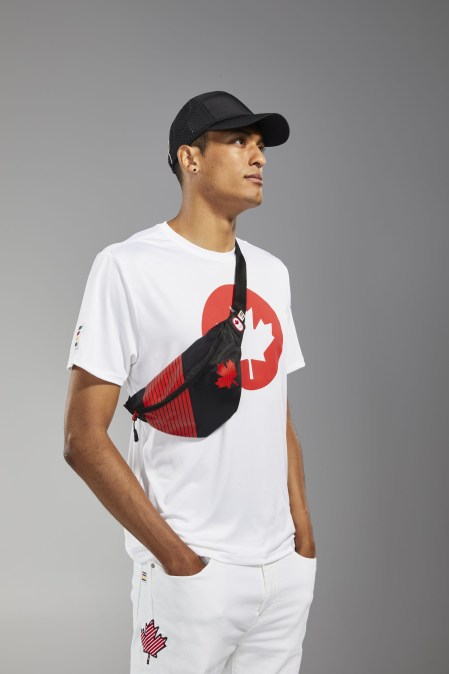 Everything lies in the detail for this outfit. There are 13 stripes in the maple leaf to represent the unity of Canada’s 10 provinces and three territories. The jacket is made from lightweight and water-resistant nylon, ensuring athletes can stay cool and comfortable, come rain or come shine.

The cool (literally and figuratively) jacket will be paired with a white t-shirt made of fast dry, lightweight jersey featuring a maple leaf in a red circle on the chest. This harmonious graphic merging the main elements of the flags of Canada and Japan is used across all elements of the athlete kit and achieves a balance of respect for the host country and celebration of Team Canada athletes.

Completing the look will be white jeans by iconic brand Levi’s, who were approached by Hudson’s Bay to collaborate on the kit.

Nothing could make Canadians prouder than seeing Team Canada on the podium. Athletes will be fitted with lightweight knit jacket which will have “CANADA” across the back. It will be paired with track pants with a Canadian graphic on the leg. 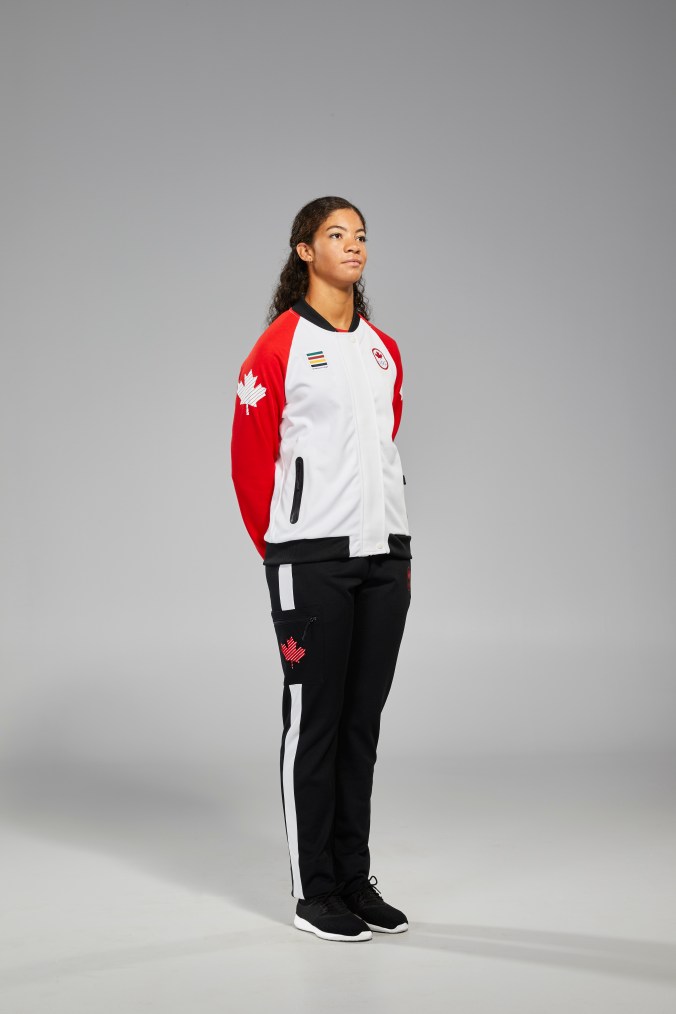 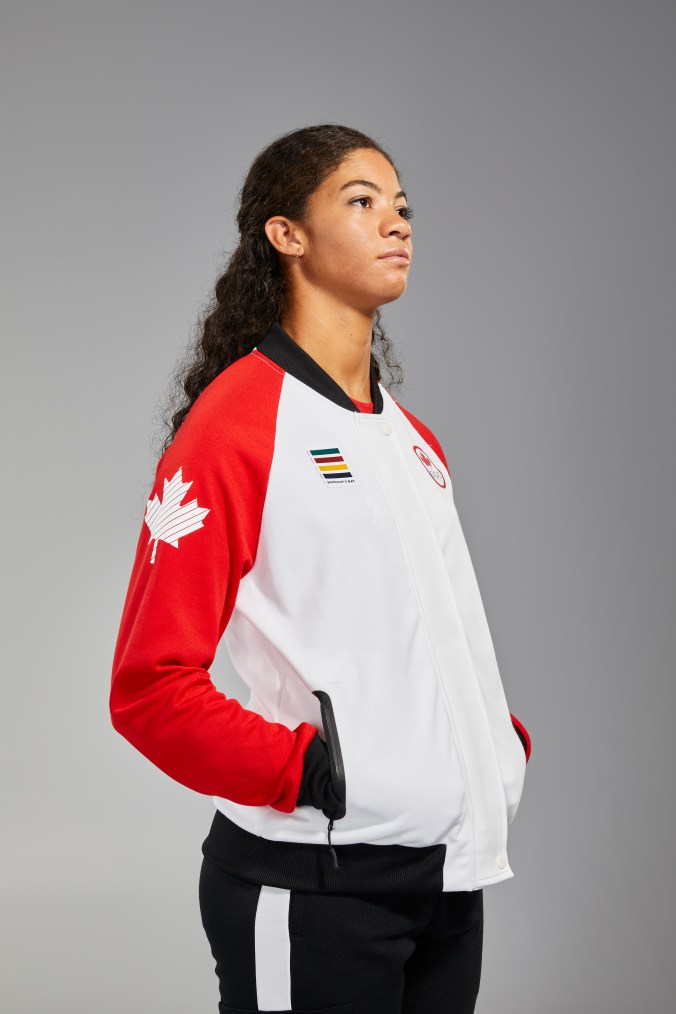 As Canadians prepare to say goodbye to the city they called home for 16 days, their outfit will represent the past, present, and future of Olympic Games.

Inspired by streetwear, athletes will be fitted in the must-have piece of the Collection – a fashion forward jean jacket from Levi’s that pays tribute to Tokyo. The trucker jacket’s design celebrates inclusivity and gender neutrality while capturing the youthful and celebratory feel of Closing Ceremonies. It also reads almost like a timeline with its graffiti. 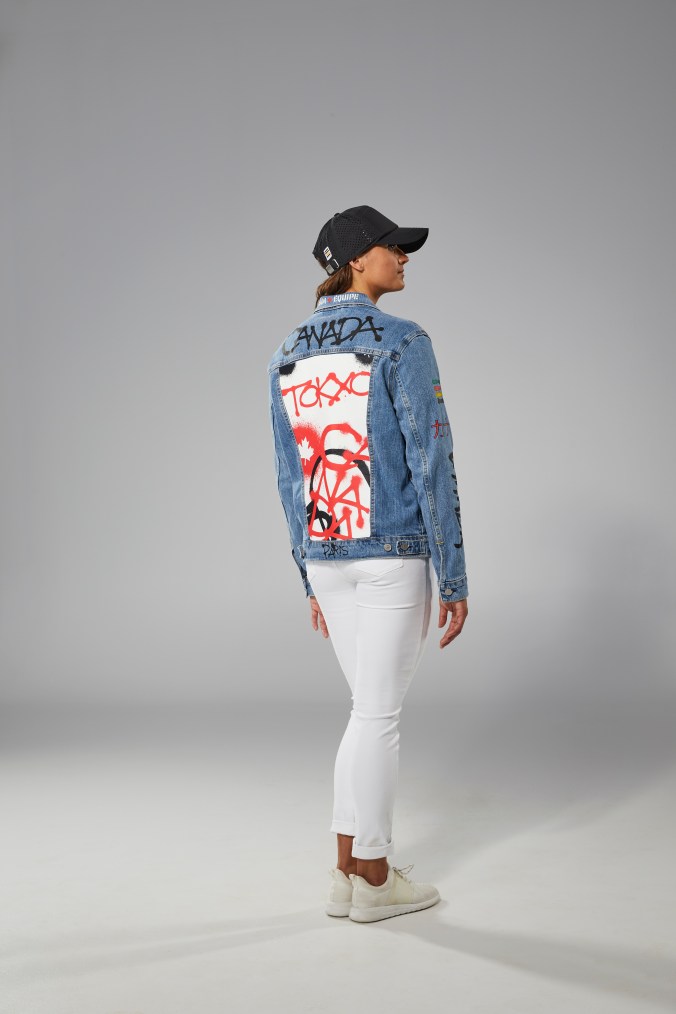 The collar will have 1964 and 2020 etched on to represent both times Tokyo has hosted the Games. The jacket will also look ahead and will feature Paris, set to host the 2024 Olympic Games.

The symbolism of the outfit doesn’t end at the dates. It also ties together the relationship between Canada and Japan, with “Canada” being spelled as “Katakana” – a Japanese syllabary.

Canadian athletes will also close out the Games wearing their white Levi’s jeans as a fun play on the classic Canadian tuxedo look. Pretty on-brand if you ask us.

It’s important for athletes to look and feel good with what they’re wearing and that’s not lost on Hudson’s Bay President and CEO, Ian Nairn.

“By unveiling the collection now, our goal is to inspire athletes and fans to keep the spirit and momentum of Team Canada strong, as we look forward to our athletes embarking to Tokyo next summer to compete on the world stage,” says Nairn.

Want to dress like an Olympian? Well, look no further – the official kit pieces are now available for purchase at Hudson’s Bay both online at thebay.com and in stores.

Team Canada and Hudson’s Bay unveil Tokyo 2020 uniform kit
What are the differences between baseball and softball?
Shuttlecock and balls: The fastest moving objects in sport
Black athletes who made Olympic sport history in Canada
Where are they now? Charmaine Crooks
Adventure, culture and food: 9 things Peru is famous for