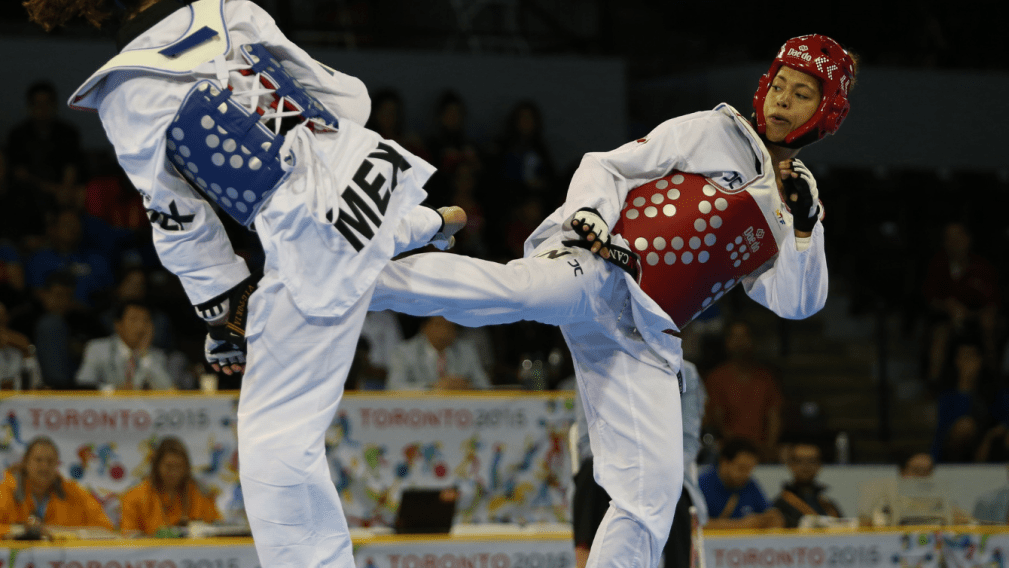 TORONTO (June 11, 2019) – A talented group of 13 Canadian taekwondo athletes have been nominated to compete for Team Canada at the Lima 2019 Pan American Games, Taekwondo Canada and the Canadian Olympic Committee announced on Tuesday.

Taekwondo Canada will send a full team of four women and four men in a variety of Kyorugi Olympic weight divisions. Five additional athletes will team up for Canada in the Poomsae freestyle competition, which will make its Pan American Games debut in Lima. Each of the athletes earned their spot at the Pan American Games through a Pan Am Games qualification tournament in March.

The eight-member squad competing in Kyorugi events will be led by World Championship medallist, Skylar Park (Winnipeg, Man. – 57kg). A two-time bronze medallist on the Grand Prix, the 19-year-old reached the World Championship podium for the first time in her career last month when she finished third.

“I’m super excited to have qualified for my first Pan Am Games,” said Park. “The goal for Lima is gold. I have a few competitions coming up so those will help me with my training and preparation for Lima. There are few things I need to work on, but I will make sure I’m ready.”

Park will be joined by three other women. Yvette Yong (49kg) and Ashley Kraayeveld (62kg), both of Toronto, Ont., will make their second trips to the Pan American Games after competing on home soil at Toronto 2015. Rachel Cuma (Uxbridge, Ont.) will compete in the women’s 67+ kg category in her first appearance at the multi-sport event.

Four men will head to their first Pan American Games. Scarborough’s Miguel Diaz will fight in the 58kg weight class, while Jordan Stewart will square off in the 80+ kg division. Two athletes from Quebec City, Que., round out the men’s squad. Hervan Nkogho will battle for the podium in the 68kg division. Christopher Iliesco will compete in the 80kg competition.

“Our goal every time we step onto the mat is to deliver personal best performances, and ultimately, win medals,” said Seoungmin Rim. “These athletes have all proven they can perform in pressure-packed situations. They have worked hard to get this far in their journey towards representing Canada at the 2019 Pan Am Games, and I know they will be ready for this important competition.”

Qualifying a team for freestyle poomsae also gives Canadian athletes the opportunity to compete in individual and pairs events – opening the door for Canada having a chance at four medals in the new discipline at the Games.

Canada was one of five countries to qualify a full team of athletes for the taekwondo events for Kyorugi and Poomsae, which will take place in Lima between August 9-11.