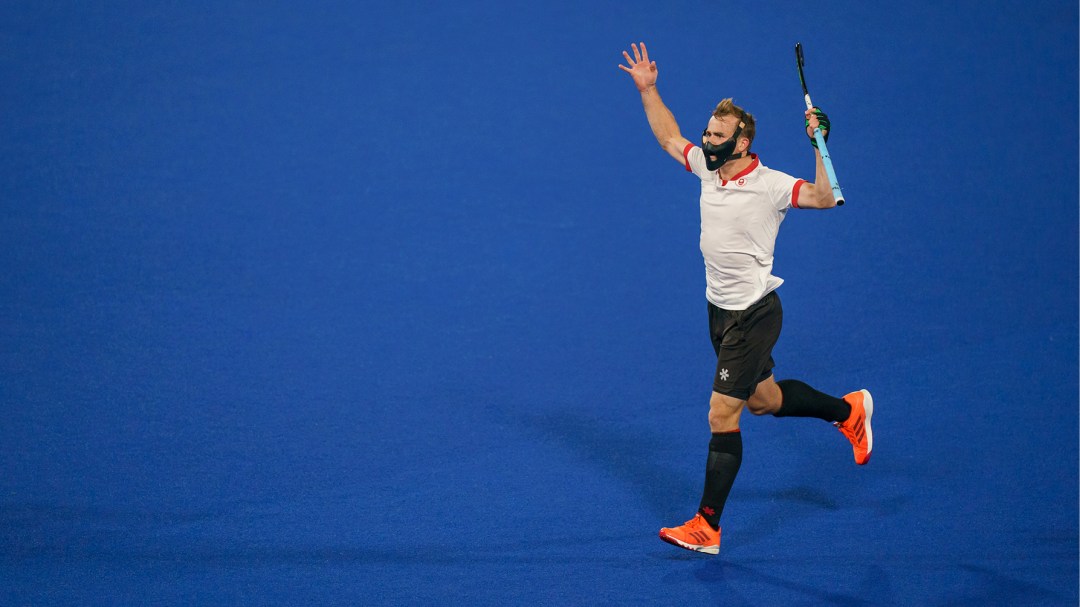 LIMA, PERU – Day 13 saw team sports make progress in their efforts to punch their ticket to Tokyo 2020 as the men’s field hockey team defeat Chile to join the women’s team in the quest for an Olympic berth. Both teams will play Argentina in the finals. The men’s and women’s water polo teams are also one step closer to qualifying for Tokyo, both winning their quarterfinal games. A gold medal in Lima will earn each team a Tokyo quota spot.

“Some days you don’t score field goals, some days you don’t score any penalty corners. Luckily today we went three for three with the penalty corners, which was really nice. It really helped us to get the result. We did some scouting I think we had a pretty good idea of what the defense would look like. They defended really well. When you’re the underdog [like them], you kind of feed off that. We felt the pressure and maybe that’s why we didn’t execute to score the field goals. But at the end of the day we got enough. If you do execute at the big moments, you get away with the win.”

Scott TUPPER (Men’s Field Hockey) on his expectations for the final against Argentina:

“We have to prepare really well, to recover. But if we come with a good gameplan, a good mentality we will get some opportunity. We look to put our best foot forward and hopefully come away with a gold medal. That hasn’t been done for a while and we would like to do it this year.”

Jade PARSONS (Bronze Medalist: Wrestling – Women’s Freestyle 53 kg) on being a late selection and coming out with bronze:

“Well, it was definitely a surprise. I found out that I was coming on Friday and by Saturday I was here. Luckily, everyone at home was super supportive and I felt as ready as I would have been if I had come earlier or would have known earlier. I prepared as best as I could for this situation. It’s unfortunate that Diana couldn’t make it but I’m very happy that it was me that was the alternate because this experience has been fantastic.”

“It was a pretty strong headwind so I think a lot of the girls just try to sit and wait as long as they could to get either a tail or a tail wind. So I guess that’s what was the only thing we really adjust. We did bring like all our bed stuff, sheets and stuff from the village and we layered up so that was good. I guess Canadians were used to the cold so it wasn’t too bad.”

Will PAULSON (Bronze Medalist: Athletics – Men’s 1500m) on what he thought when he entered the final straight in front:

“I had gold in my mind, absolutely. I made my move on the back straight and tried to make a long run for it. The gap opened up and I just went for it. Coming into the home stretch I thought I had it but obviously I didn’t quite hold on in the last 30 meters. I’m a little disappointed but obviously super happy to get a medal.”

Will PAULSON (Bronze Medalist: Athletics – Men’s 1500m) on taking a medal in his first international for Canada after growing up near Bristol in the UK:

“I can’t be too disappointed to come away with a medal on my first outing for Canada. That’s super special for sure.”

“I felt very confident going into it. I just trusted myself and I just went for the win. I am just went for it. And I knew that something I had to do if I wanted to get a medal and I’m just so excited and happy to come away with the win. I made a few mistakes, but overall, you know, when you’re running to win, it doesn’t matter as long as you get across that line”RESOURCES:

Q. How many 1st & 2nd place finishes in the same event did Canada achieve at the 2015 Pan American Games?