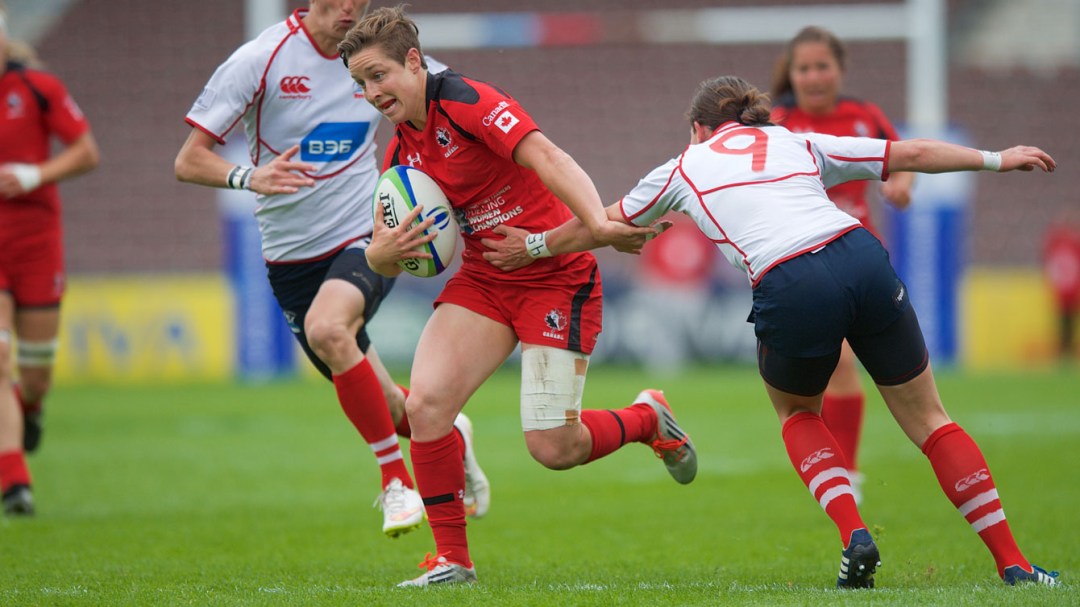 Ghislaine Landry has become one of the most prolific try scorers in women’s rugby. Through the 2019-20 season, Landry is the all-time leading scorer on the World Rugby Sevens Series with 1356 points. She sits third all-time in tries (143), second all-time in conversions (319) and is tied for third all-time in matches played (208).

Landry made her debut with Canada’s Senior National Team in 2011 and had a breakthrough performance at the 2013 Women’s Sevens World Cup, finishing second in tournament scoring as Canada earned a silver medal. Landry finished the 2014-15 World Rugby Women’s Sevens World Series first overall in scoring with 297 points. She was the second-leading scorer on the Canadian team that won gold at the 2015 Pan Am Games in Toronto with 47 points on five tries and 11 of 21 conversions.

In the Olympic debut of rugby sevens at Rio 2016, Landry was Canada’s leading scorer with 41 points, the second-highest total in the tournament, on the strength of five tries and eight conversions as Canada won the bronze medal. Landry was also Canada’s leading scorer in her second Olympic appearance at Tokyo 2020 where she recorded 37 points on three tries and 11 conversions.

In 2017, Landry was nominated for World Rugby Women’s Sevens Player of the Year. In 2018, she was part of Canada’s fourth-place finish at the Commonwealth Games in Gold Coast and captained the Canadian squad at the World Rugby World Cup Sevens in San Francisco.

A Little More About Ghislaine

Getting into the sport: Started playing rugby at the age of 14… Had always dreamed of being a medal-winning Canadian Olympian while watching other athletes have their moment… Outside Interests: Graduated from St. Francis Xavier University in 2010 with a degree in Human Kinetics… Likes to go camping when she has the time to remind herself to slow down and appreciate simple living… Odds and Ends: Nickname is “Ghis”… Favourite motto: Hard work beats talent, when talent doesn’t work hard…

Sara Kaljuvee caught the eye of Canadian sevens coaches with her strong play in fifteens, where she captained Canada to…