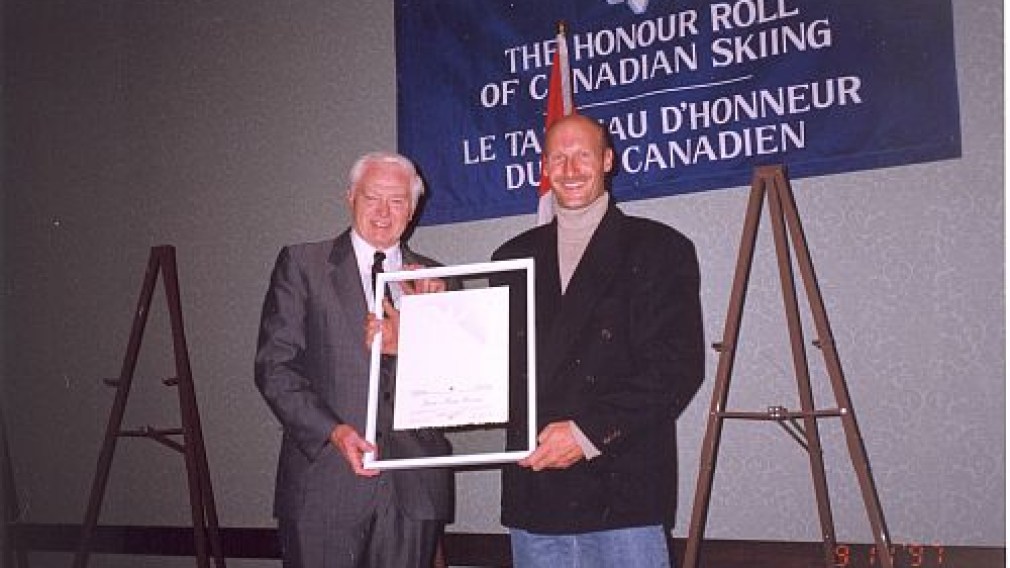 Known as the founder and leader of the world-renowned “Québec Air Force”, Jean-Marc Rozon along with a group of Québec-based freestyle skiers, dominated the World Cup circuit in the 1980s and during its demonstration status at Calgary 1988 where he won the aerials competition.

A member of the Canadian national freestyle team from 1980-83 and 1986-91, Rozon twice won the overall World Cup Aerials Championship (1987, 1988). He competed in 50 FIS events, finishing on the podium 25 times (13 firsts, nine seconds, three thirds) and was in the top-10 a total of 39 times. Nationally, Rozon was twice an aerials medalist winning gold in 1987 and bronze in 1988. Credited with the development of water ramps used for aerials training in the summer months, Rozon initially learned all his jumps on the Magog River, having reproduced a hand-crafted wooden planked mini-ramp with a saw and square. He coached teams from Norway and Sweden in preparation for Salt Lake City 2002.