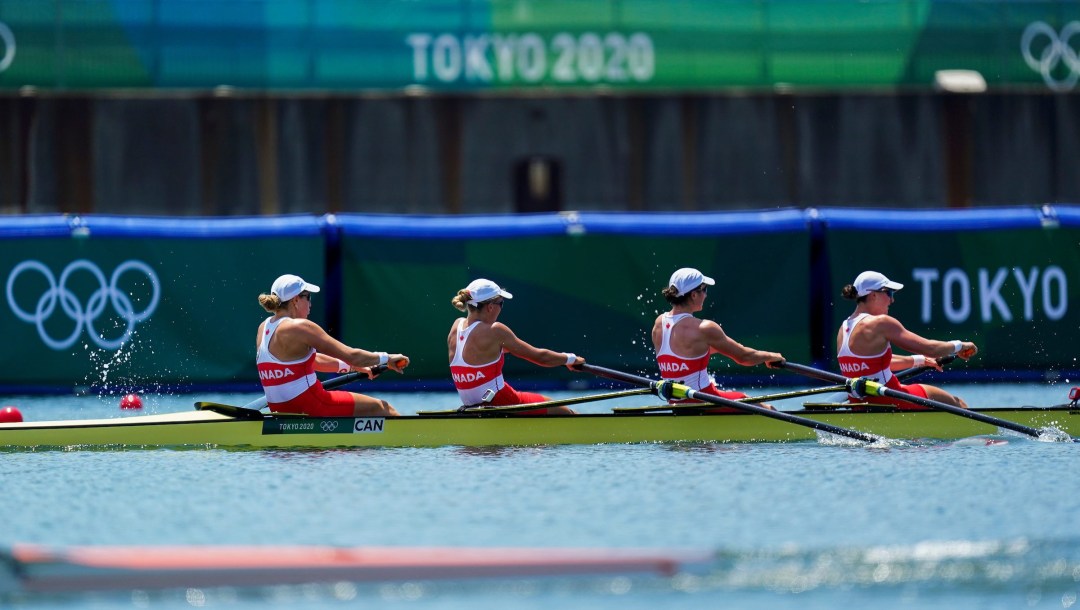 Grauer had a summer to remember in 2018 when the eight successfully defended their gold at the U23 Worlds. She was then selected to the senior eight for the World Rowing Championships in Plovdiv, Bulgaria. After posting the slowest time in the heats, the Canadian crew had an incredible comeback, advancing through the repechage and all the way to the podium as they won the silver medal.

Grauer raced her first World Cup events in 2019, first with the four before winning a bronze with the eight in Rotterdam. But just a month before the 2019 World Championships, she suffered a displaced fracture in a rib. She thought her chance at racing for an Olympic berth for Canada was gone. While the rest of the team flew to Europe, she stayed home to train and rehab on her own, joining them in Austria just five days before racing began. Though still not healed, she took her place in the stroke seat of the four. Despite being unable to train as much as usual, the crew finished second in the B final to take the last Olympic spot to be awarded in the four at the worlds.

Unfortunately, the injury plagued her into the new year. After she attempted to return to training, x-rays showed the break was not healing and she was diagnosed with a non-union fracture in January 2020. She had surgery to put a titanium plate on her rib. In her Olympic debut at Tokyo 2020, she was the stroke of the four that raced in the B final.

Grauer raced collegiately at Stanford University in the women’s eight from 2016 to 2019. She won bronze her freshman season and silver her sophomore season at the NCAA Championships. She would finish fourth in both her junior and senior years. Grauer was named a First Team All-American in each of her last three years at Stanford.

Getting into the Sport: Starting rowing when she was 16 with the Row to Podium Program… Rows with the Burnaby Lake Rowing Club… Had only rowed in a single scull until university, flipped countless times… Outside Interests: Graduated from Stanford University, majoring in communication… Enjoys travelling, cooking, shopping, and dogs… Odds and Ends: Cousin, Gordon Johnston, is a member of the Canadian men’s field hockey team and played at Rio 2016… Cousin, Shanlee Johnston, is a member of the Canadian women’s field hockey team… Favourite motto: Discipline is choosing between what you want now and what you want most…