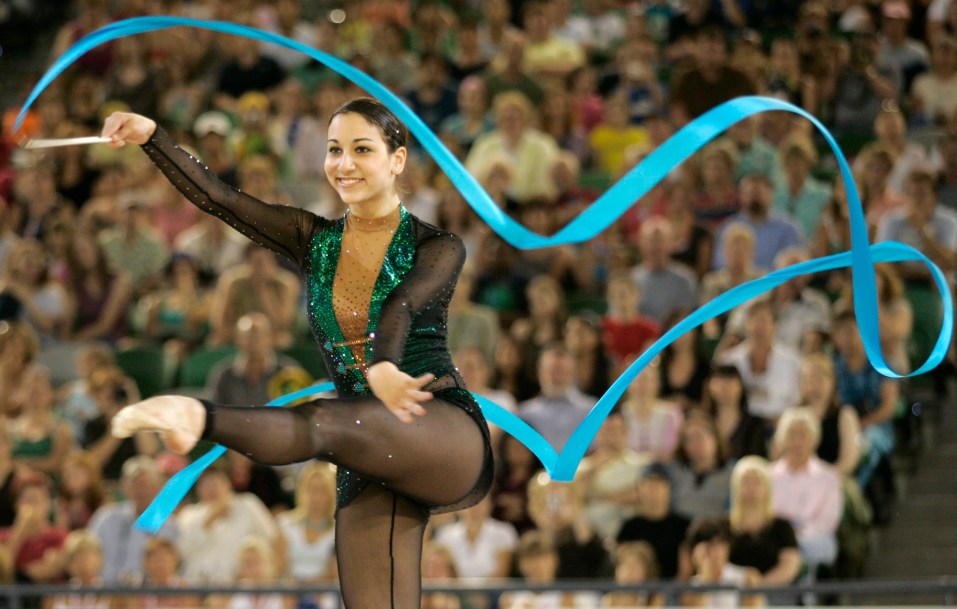 To the Beat of Her Own Rhythm

How Alexandra Orlando Has Gone Where Others Haven’t

In Toronto last month on a break from competition, Alexandra Orlando found that her friends weren’t acting quite the same as usual. “They are all being careful around me,” she laughed. They told her that, no, they didn’t want to go for a walk because if she twisted her ankle in their presence, they could never live with themselves.

Orlando’s first Olympic Games approach. She is the world’s eighth-ranked rhythmic gymnast, a position few athletes in North or South America have ever achieved in a sport long dominated by Europeans. Attesting to that are Orlando’s three gold medals at last year’s Pan American Games. She carried Canada’s flag in the closing ceremony. The year before that, she won six gold medals at the Commonwealth Games.

None of that was going to be enough until Orlando qualified for the Olympic Games, which she did at the 2007 World Championships. Orlando was never about to stop until it came to this. Olympic passion is personified no better than in Canada’s greatest-ever rhythmic gymnast.

A nervous laugh. “It’s a little surreal. Eighth in the world with the potential to move up – it’s nerve-wracking but exciting. In over 20 years we haven’t had a North or South American in the top 10. This is a pretty big deal. “

In Grade 6, Orlando dropped soccer to focus on gymnastics. “I was the happiest one in the gym,” she said. “I couldn’t wait to get there and I never wanted to leave.” A ballet instructor suggested her flexibility and energy were well-suited for rhythmic gymnastics, a sport entirely unfamiliar to her family. But the Olympic Games, that was another story.

“I’ve loved the Olympics since I was a little girl. We’d tape Olympics on our VCR, opening ceremonies, closing ceremonies; my family loves sports.” Orlando’s love of the Olympic Games combined with her gymnastics skills to forge a competitive drive even at the age of 10, when she finished fourth in her first national meet. “I saw the girls ahead of me and I wanted to beat them, to be number one.”

At 13, after winning competitions at the junior level inside and outside Canada, a coach told her she had Olympic potential. “That right there hooked me,” she said. “I always knew that I was going to go to the Olympics, in something. I realized that rhythmic gymnastics was what I could do. “

Four elements are mandatory in any rhythmic routine, which is always meant to look both easy and beautiful. Orlando must perform jumps, turns (one requiring her to spin seven times on her toes), balances and moves to illustrate flexibility. Set to music, this is a performance sport. Orlando must be in constant motion with the apparatus (ribbon, ball, etc) while doing rolls and other tricks. All the while, she must avoid penalties, such as allowing the ribbon to touch the floor or any part of her body.

“There is so much that goes into it,” Orlando said. “That’s why I love it. It has everything, acrobatics, gymnastics, dance and using the apparatus.” It also takes huge concentration and confidence – Orlando says the sport is about 80% mental on top of being physically demanding. “You don’t see many rhythmic gymnasts. There aren’t many across the world with the potential to go the Olympics.”

Orlando just missed qualifying for the 2004 Olympic Games, a “life-changing” experience for her. On quite a roll up until then, including being ranked second in Canada in her first senior year, she had been feeling invincible. When she missed qualifying by one spot, it proved an incredible disappointment that had her questioning her future. After a few months of getting “her head back on,” Orlando went back to the gym and pushed herself harder.

Her renewed drive led to a record gold medal haul at the Commonwealth Games and Pan Am Games, and then the ninth-place ranking at last year’s Worlds. It was the best moment of her career. Orlando said the world rankings are very tight, particularly from the top 10 through 30. Any mistake in any competition can drop a gymnast up to a dozen spots. “It’s about competition, who can bring it mentally,” she said. “I never expected to be in the top 10, just to get in the 20 and qualify for the Olympics. I’ll never forget seeing the scoreboard.”

Now, she said, her game plan has changed. Orlando and her coach have raised the level of difficulty, added two new events, choreographed a new routine and have built a plan so that she peaks in August. Though she must master all apparatus, Orlando is most comfortable with the ribbon. It also best showcases her pivots and other moves other gymnasts don’t attempt.

She is now on the stretch run, pushing herself “harder than she thought she could.” Her training regimen is intense and has been since New Year’s. She competes on the World Cup circuit in Europe against the world’s top gymnasts, training with her coach of 10 years in Spain in between meets. A typical week of training: six hours gymnastics a day, ballet twice a week for 90 minutes, cardio and weight training every day.

Orlando said that top 20 rhythmic gymnasts in the world are not overly friendly with one another. “There are some girls that are more cutthroat,” she said. “You fight for spots in the practice area. They aren’t going to get out of your way. You may get hit and nobody will say sorry or ask if you are okay.”

Orlando seems perfectly capable of holding her own. She said that once she steps inside a gym, she is a “very different” person. No warming up together with the friends she does have. No talking. It is every gymnast for herself. Orlando’s competitive fire sets in. “I get serious and am hard on myself,” she said, smiling. “I know I want to be perfect.”