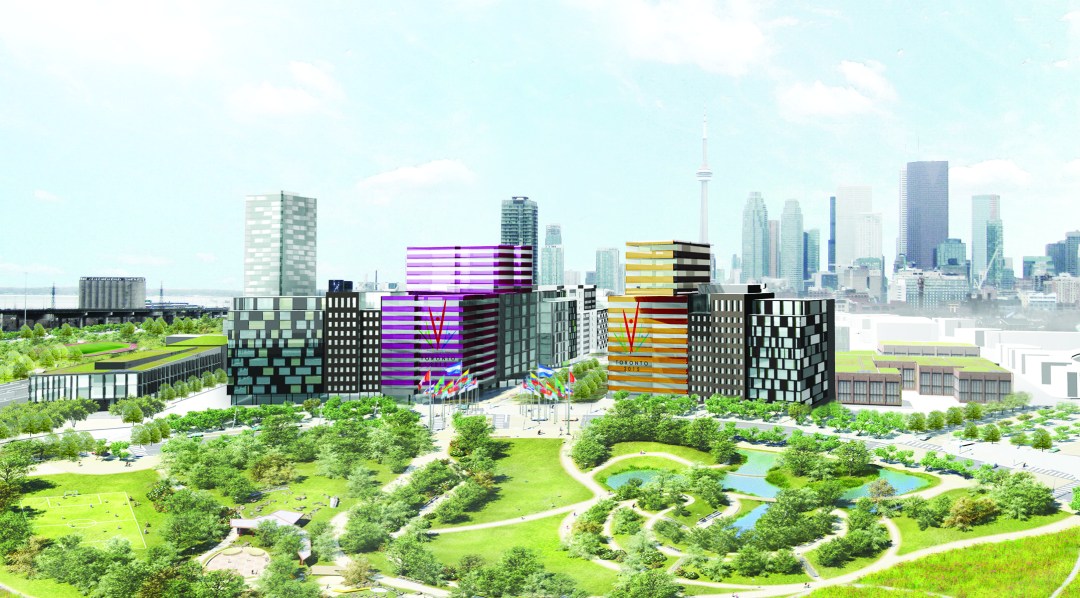 Showcasing Southern Ontario for the 2015 Pan Am Games

Six years from now the Pan American Games will land in Lima, Bogota or Toronto. Yesterday, organizers of the Toronto 2015 Bid tried to persuade decision-makers that southern Ontario would be an ideal host for the largest sporting event contested solely in this hemisphere.

Just months before the final decision is expected, the Pan American Sports Organization’s (PASO) Evaluation Commission was invited on a two-day tour to assess the elements of the Toronto 2015 Bid – and report back their findings to PASO.

The Pan Am Games is held every four years. Athletes from 42 nations in North, South, Central and Latin America compete in all summer Olympic sports, as well as some not on the Olympic program. (That list now includes baseball, softball, water skiing/wakeboarding, karate, roller sports, squash and 10-pin bowling.) Ontario’s bid is spread across the Greater Golden Horseshoe Area, and is a strong one that trumpets Toronto’s diversity, existing sport facilities and brand new ones to be erected – such as an athletics stadium and cycling velodrome in Hamilton.

On Sunday, following breakfast in the CN Tower’s 360 Restaurant, PASO officials visited the future home of the new Canadian Sport Institute Ontario and state-of-the-art Aquatic Centre, at the University of Toronto Scarborough campus, the Metro Toronto Convention Centre (proposed for media and broadcast), York University’s Rexall Centre and the Hershey Centre in Mississauga.

They also toured the site of the would-be Athletes’ Village in Toronto’s West Don Lands waterfront area. The Village would house up to 8,500 athletes in a central location close to major venues, parks, transit, retail and training and medical facilities. The Bid is very focused on the legacy left behind, and this Village will blend with the new community of housing and market units planned for that area.

The visit by PASO officials continues today – via helicopter in some instances – to spots that include the proposed athletics stadium in Hamilton, grounds of McMaster University, the canoe-kayak venue in Welland and St. Catharines’ Martindale Pond for rowing. The tour will wind up with visits to Toronto’s major stadiums in the downtown core, as well as Varsity Stadium (where not long ago Usain Bolt attracted throngs of fans for the Festival of Excellence).

The Pan Am Games is expected to deliver strong sport and community development, as well as provide a major boost in local economies. A decision by PASO is expected in early November.