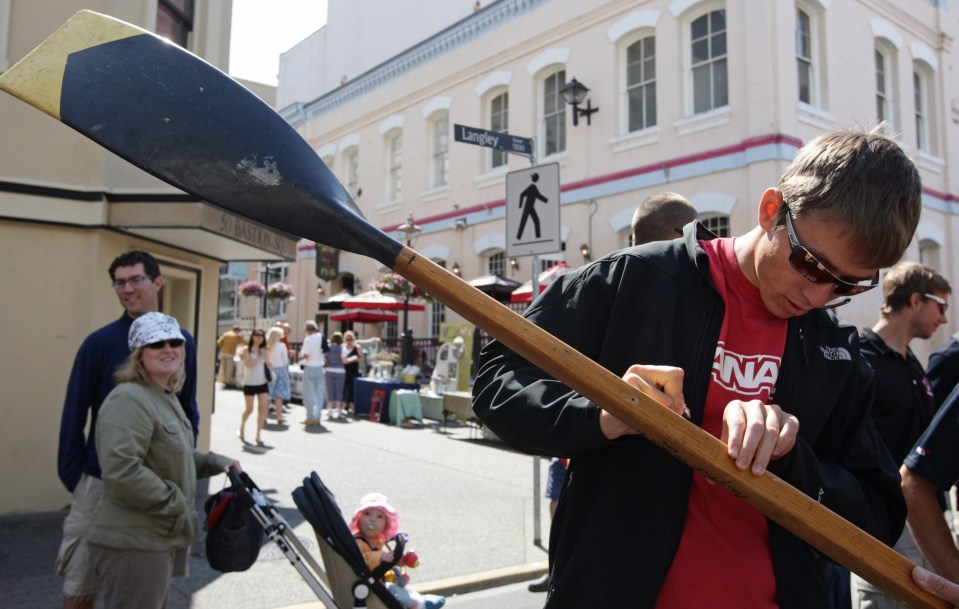 Rowing to Podium: Canadian rowers secured two medals at the 2009 World Rowing Championships held in often blustery conditions in Poznan, Poland. The men’s eight, featuring a swell of new faces from the 2008 Olympic champion crew, won a silver medal. Faced with such turnover – only Victoria’s Malcolm Howard and Toronto’s Andrew Byrnes rowed for gold in Beijing – the silver is a very strong result. The other podium finish came courtesy of the women’s four. Sandra Kisil (Ancaster, Ont.), Sarah Waterfield (Kingston Ont.), Jennifer Tuters of (Peterborough, Ont.) and Emma Darling (Vancouver) rowed to a bronze medal. Several other Canadian boats just missed a medal as well, and in all 37 of 43 athletes rowed in the “A” finals. High performance rowing director Peter Cookson said: “It’s a good building block for the future.”

First World Cup in the Books: The first World Cup event of the winter season went down in Cardona, New Zealand. Snowboarders broke the ice, so to speak. Canada’s top finishers in the halfpipe event were Brad Martin (Ancaster, Ont.), who finished 6th on the men’s side, and Mercedes Nicoll (Whistler), who finished 8th in the ladies bracket. Both are 2006 Olympians.

Canuck Takes World Wakeboard Title: If you want to know who the world’s best wakeboarder is, look no further than Aaron Rathy of Nanaimo, B.C. He won gold on Sunday at the world wakeboard championships. Last year, Rathy placed second to another Canadian, Rusty Malinoski (Humboldt, Sask.). This year, Rathy’s spectacular routines earned him the world title. On the women’s side, Ashley Leugner (Fort Qu’Appelle, Sask.) won the silver medal despite choppy waters.

A Generous Serving: Both the Canadian men’s and women’s volleyball teams are off to the 2010 World Championships after securing berths at tournaments in Mexico. The men defeated the Dominican Republic, Panama and finally Mexico in Guadelajara to win the tournament and earn a berth for the World Championships. The women repeated that feat in Tijuana, beating Trinidad & Tobago, Costa Rica and Mexico, the last in a close 3-2 contest. The men and women’s teams are ranked 21st and 23rd in the world, respectively.

New Cross-Country Skiing Director: Speaking of directors, Cross Country Canada has a new one to lead that sport into the future. Davin MacIntosh, a national development team skier in the late 1990s and world junior competitor, takes the reins as executive director. Now a Calgary lawyer, he is a leader in the non-profit world and is experienced in government relations. MacIntosh will help create a long-term plan on developing cross-country skiing from grassroots all the way to the Olympic level.

In his Olympic debut, Doug Csima was a member of the men’s eight crew that rowed to a silver medal…

Jeremiah Brown made his first Olympic appearance at the London 2012 Games, earning silver as a member of the men’s…