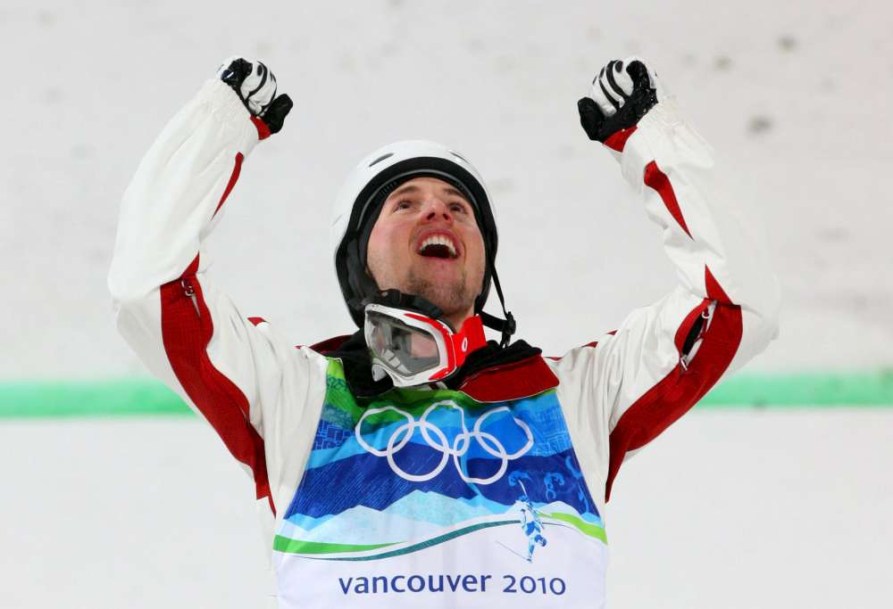 This morning, we all know the answer. Alexandre Bilodeau, of Rosemère, Quebec, won moguls gold after cutting through the snow and the crisp mountain air, delivering a piece of history to the 2010 Canadian Olympic Team, and to all Canadians.

“I don’t believe it yet,” Bilodeau said. “It’s been a dream since I was a little kid and it’s come true.”

The incredible night began for Canada when Vincent Marquis threw down a run filled with speed and a huge jump, nestling into top spot overall.

Later, long-time veteran — and 2007 world champion — Pierre-Alexandre Rousseau ripped down the run and executed superb jumps to fall into silver medal position behind Marquis. Rousseau waited a long time for that moment, making his Olympic dream come to life, and he stood there with a wide grin, absorbing the cheers of Canadian fans.

Maxime Gingras was next, and posted a good run with big jumps and high speed, managing not to let the course overtake him.

Soon thereafter, all eyes turned to Canadian-born Dale Begg-Smith, competing for Australia, who sought to defend his 2006 Olympic title. True to form, the talented skier carved an extremely strong, clean run and though it took a minute for the judges to register the score, all watching knew Begg-Smith had taken over first place from Marquis.

Two skiers later, Bilodeau stood at the course’s top, perhaps measur-ing the pressure of the moment. The 2009 dual moguls champion took to the air on the first jump with his signature double twisting flip — a move of high difficulty — before pounding down the down the course with raging speed. With no visible mistakes and one last soaring back flip landed softly, Bilodeau finished and Canadians knew he might have it.

Fans at Cypress chanted “Canada” awaiting the score, and then erupted into frenzy when his score of 26.75 slipped 0.17 points above Begg-Smith’s 26. 58. Then the fans awaited the score of one last skier, Guilbault Colas, and when that score failed to crack the po-dium, it was official. An Olympic gold medal, won in front of the most Canadian fans ever. Because it was here, in Canada. And this is just the beginning at Vancouver 2010.