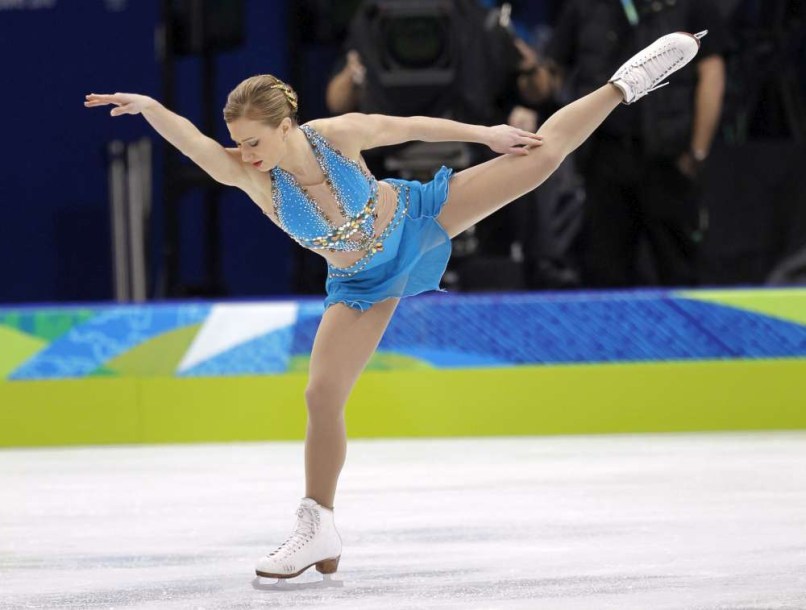 The Canadian Olympic Team closes out the third Olympic Games held in Canada with the most medals it has ever won – 26 – and a new all-time high of 13 gold medals (as of Sunday morning), to lead all countries and tie the all-time mark for any nation at a Winter Games.

Figure skater Joannie Rochette has been elected Canada’s Flag Bearer at the Closing Ceremony. Just days after the tragic death of her mother, Thérèse, Rochette captured a bronze medal in the singles competition at Pacific Coliseum. She is Canada’s first women’s singles medallist since 1988. Her ability to rise to such a difficult occasion, with two figure skating programs sure to live on in Canadian sports lore, is an inspiration well beyond the boundaries of sport. The 24-year-old from Île Dupas, Quebec was also awarded the Vancouver 2010 Terry Fox Award – an international award for those who showed determination and character at the 2010 Olympic Games.

The Canadian Olympic Team’s 26 medals marks its most successful Winter Games ever, eclipsing the previous record of 24 in Turin in 2006. The 13 gold medals are the most at the 2010 Games, and ties the all-time record set by the Soviet Union in 1976 and Norway in 2002. Canada would eclipse this mark should they prove victorious over the United States in men’s hockey Sunday afternoon.

“We are so proud of all Canadian Olympians who have both rewritten history and contributed to an exceptional Vancouver 2010 Olympic Winter Games,” said Michael Chambers, president of the Canadian Olympic Committee. “Our team is indebted to Canadians from coast to coast to coast for painting the town red while embracing these Games and delivering an incredible jolt of patriotism that our athletes certainly felt while competing. The gold medals speak volumes about where Canada is headed at future Winter Games and about the strong sport system now firmly established in Canada.”

While the team has collected 13 gold, seven silver and five bronze medals (with another gold or silver Sunday afternoon), many other team highs were recorded. Canada collected an all-time high of 71 top-8 results (including medal results), including 23 fourth- and fifth-place finishes. Both figures lead all nations at the 2010 Games. (In Turin, Canada had 20 fourth- and fifth-place finishes and 57 top-8 results.) Looking at conversion rates, Canada converted 59% of its pool of potential medalists in 2010, matching the figure from 2006.

“It’s been my honour to live with our Olympic athletes and witness first-hand their skill, dedication and professionalism as they carried Canada’s hopes on their shoulders,” said Nathalie Lambert, Canada’s 2010 Chef de Mission. “There were such amazing moments here and you could actually feel the momentum building for our team as the Games went on. It’s truly a testament to the training and preparation that went into this Canadian Olympic Team, and especially for Own the Podium. We watched how that special program lifted our athletes to new heights and record achievements.”

The Vancouver 2010 Olympic Winter Games were filled with many highlights for Canadian athletes. They include: