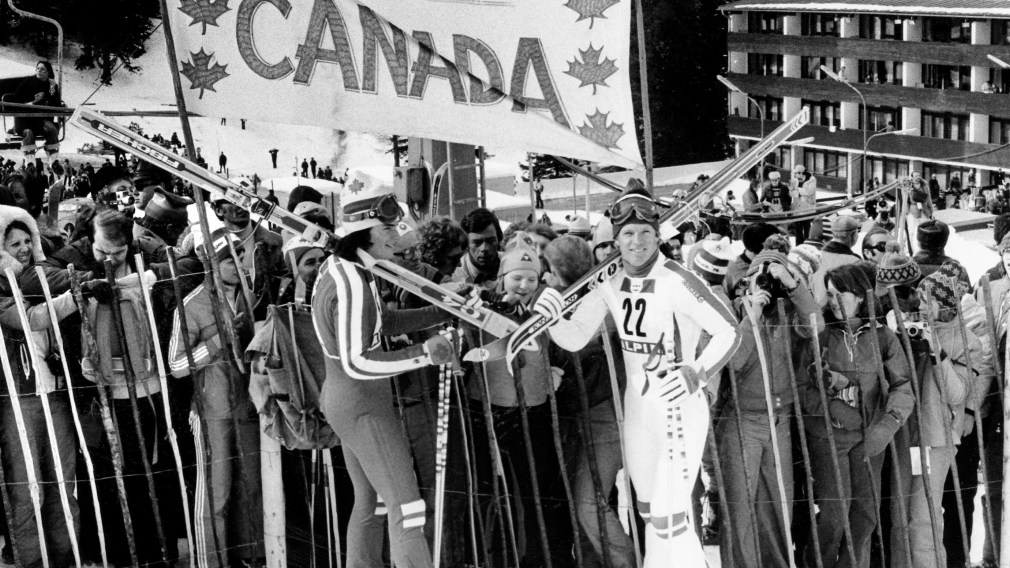 By The Canadian Olympic Committee
January 25, 2011

Calgary’s Erik Read is set to make his World Cup debut in Schladming, Austria, on Tuesday, more than 30 years after his father stood atop the podium there.

The 19-year-old son of Crazy Canuck Ken Read earned the right to make his first start by finishing ahead of other national Prospect Group skiers at a race in Westendorf, Austria, last week.

Now the provincial Raymond James Alberta Ski Team member is preparing to make his first World Cup start in the famed night slalom at the same venue where his dad won the downhill in 1978.

“I have that sense of being proud, obviously. It’s exciting to see a circle close,” said Ken Read, 55.

“I realize that it’s a long road and this is another big step forward. The way that the Prospect Group has been managed and matured has been great to see. As a team they have really come together and they are getting these opportunities.”

In an effort to increase the focus on development programs, Alpine Canada Alpin created a Prospect Group program last year to offer selected athletes enhanced opportunities to compete with their peers from all over Canada as well as the chance to train with Canadian Alpine Ski Team athletes.

Read is set to become the fourth Prospect Group skier to make the leap to the World Cup stage this season. Victoria Stevens, of Mont-Tremblant, Que., made her World Cup bow at the season-opening giant slalom race in Sölden, Austria, in October. A month later, it was Madison Irwin’s turn as the Toronto skier debuted in the slalom held at Aspen, Colorado. Earlier this month, Sasha Zaitsoff, of Nelson, B.C., was given the chance to make his first start at the famous Adelboden course in Switzerland, also in slalom.

“It means that the system is working,” said Kip Harrington, head coach of the Prospect Group. “Young athletes need to have the experience of competing in World Cup races. We need to get them used to that environment – the crowds and the noise.

“It has lit a fire under them. They really see that the World Cup is not so far away.”

Harrington said Erik Read earned his first start by finishing ahead of three other young racers who were also in contention for the spot.

“He’s a very skilled skier, a very intelligent skier,” said Harrington of the 19-year-old Read. “He really understands what he is doing and what he has to do. He’s capable of a lot more than he realizes – he’s just sort of scratching the surface.

“At the moment he’s definitely presenting best in technical skiing. He has a talent for it but it’s too early to say what he will do in the future.”

Ken Read, former ACA president and current Director of Winter Sport for Own The Podium, said he received an email from his son saying his debut would be “quite the experience.”

“He definitely was excited and a bit nervous,” said Ken Read. “It’s not only about the race but the chance to be able to train with the older guys. He’s going to have a strong team around him – he’s not feeling like he’s going in alone.”

Read senior said Schladming holds lots of special memories, and not just because he won the downhill there in 1978, ahead of teammate Dave Murray.