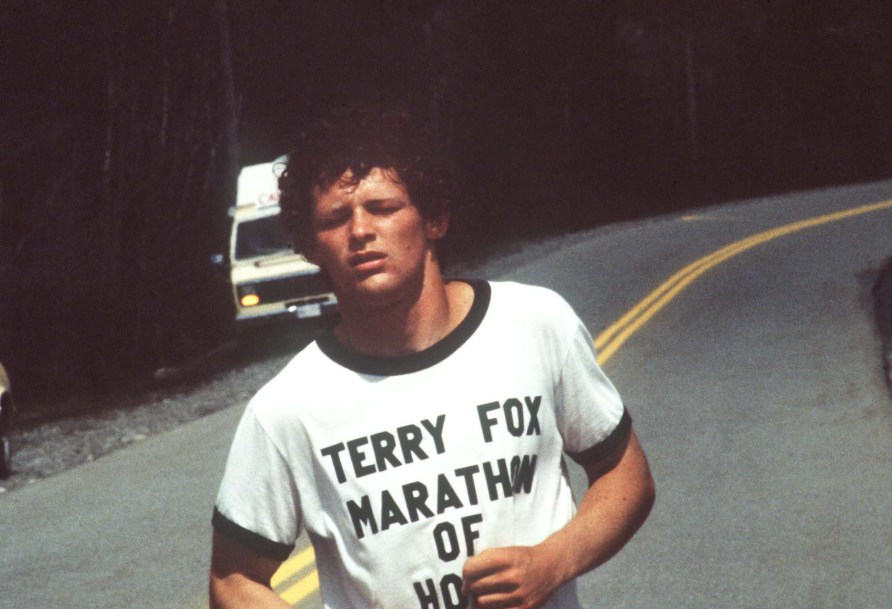 The second leg of the Canadian Olympic & Paralympic Heroes Tour presented by Atlantic Lottery reaches Canada’s eastern edge today, honouring one of Canada’s brightest heroes. Nine athletes will honour the 31st anniversary of the start of Terry Fox’s iconic run, bringing Olympic spirit to the youth of St. John’s and inside a local children’s hospital.

The Canadian Olympic Committee’s initiative to spread the Olympic Movement through the Atlantic Provinces today begins at the historic Terry Fox Mile Zero. There, the Tour athletes will be received by St. John’s Deputy Mayor Shannie Duff, who was present 31 years ago for the first steps of Terry Fox’s journey. After a moment of silence, the seven Olympians and two Paralympians will retrace the Canadian hero’s initial steps on his Marathon of Hope.

“Blending Olympic spirit with the inimitable power of Terry Fox’s accomplishments is a historic moment for the Canadian Olympic Team,” said Wayne Russell, COC Treasurer and renowned Canadian hockey builder, in his hometown province. “Terry is one of the greatest role models for Canadian athletes, who are themselves role models for so many young Canadians when they reach the world’s biggest sport stage.”

The Tour stops at St. John’s City Hall for a “Celebration of Heroes” event with young pupils from across the region. On the same steps where Fox first spoke about his quest, Tour athletes will be joined by Deputy Mayor Duff, Canada Games athletes from St. John’s and youth from local schools, community centers, Boys and Girls Clubs and Big Brothers and Sisters groups. With sport as the focus, St. John’s youth will hear from Canada’s top athletes what it takes to be a great leader.

The final stop on this special day is the Janeway Children’s Health & Rehabilitation Centre, where the Tour will bring warm Olympic greetings to young patients, family members and hospital staff.

“It is so great to give back to communities and the Canadians who supported us, and to walk the same steps Terry Fox did is an amazing honour,” said bobsledder Chris Le Bihan, a Tour athlete. “The Janeway visit is truly special for me as my son Beau spent 10 days at a children’s hospital earlier this year and I saw first-hand the amazing work done by hard-working staff at these invaluable centres.”

In Halifax, St. John’s, Charlottetown, Summerside and Moncton, the Tour connects Olympians and Paralympians with students, community leaders, children in hospitals, members of the Canadian Forces and fans of the Canadian Olympic Team alike. It acts a lead-in to the 2011 Canadian Olympic Hall of Fame Gala Dinner & Induction Ceremony presented by Procter & Gamble on April 16 in Moncton.

About the Canadian Olympic Committee
The Canadian Olympic Committee is a national, private, not-for-profit organization committed to sport excellence. It is responsible for all aspects of Canada’s involvement in the Olympic Movement, including Canada’s participation in the Olympic, Youth Olympic and Pan American Games and a wide variety of programs that promote the Olympic Movement in Canada through cultural and educational means. For news and information, visit the COC website at a href=”www.olympic.ca”>www.olympic.ca and find the team on both Facebook (Canadian Olympic Team) and Twitter (@CDNOlympicTeam).