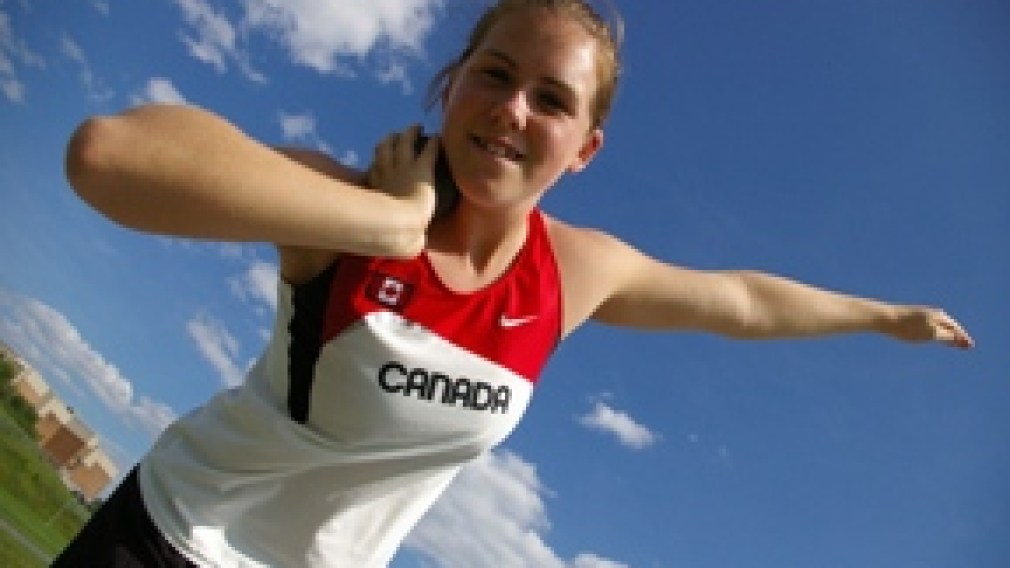 Record-smashing Throw for Labonté: Julie Labonté set a new personal best and Canadian record in the shot put with a throw of 59’9” at the PAC-10 Track and Field Championships this weekend in Arizona. The sophomore for the University of Arizona is originally from St-Justine, Quebec and is quickly becoming a force to be reckoned with in Canadian athletics.

1,000 Days and Nights: The Organizing Committee for the 2014 Olympic Winter Games celebrated the 1,000-day countdown to the opening ceremonies in Sochi over the weekend. TOP Olympic sponsor Omega provided a mountain-shaped clock for the occasion, counting down to Sochi 2014. The day was marked with the opening of 26 Volunteer Centres across Russia, as well as gala concerts in both Sochi and Moscow.

Hall Calls: Athletics Canada’s Hall of Fame will welcome five new athletes, a coach and two builders to its place of honour this June in Calgary. Donovan Bailey, Debbie Brill, Bill Crothers, Greg Joy, and Mark McKoy will join coach Gerard Mach and builders Diane and Doug Clement as the class of 2011.

Judo Tops: Canada collected a medal of every colour at the European Judo Union’s British Open in Crawley, ENG this weekend. Sergio Pessoa went 6-0 en route to his gold medal performance in the men’s 60 kg category. Antoince Valois-Fortier took silver in the 81 kg division, losing only the gold-medal match to France’s Loic Pietri. 2008 Olympian Sasha Mehmedovic earned the bronze medal with a 6-1 showing in the 66kg draw.

Fencing Flourishes: The team of Philippe Beaudry, Vincent Couturier, Nicolas Mayer and Joseph Polossifakis finished 13th in the team sabre competition at the Fencing World Cup in Madrid, Spain. Their teammate Vincent Pelletier was 23rd in the epee.