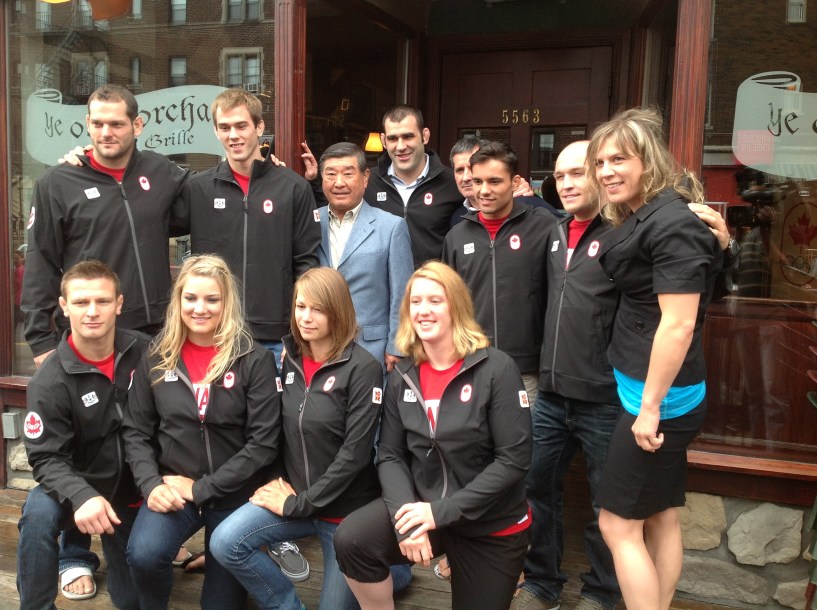 MONTREAL – Today, eight more exceptional Canadian athletes joined the ranks of nominees to the Canadian Olympic Team for London 2012 as Judo Canada nominated the best of its best competitors in the different weight categories to head to London this summer.

The eight nominees were all on hand for the announcement in Montreal, and each received their Canadian Olympic Team Jacket, which is exclusive to those nominated to be part of Canada’s contingent to London. The nominees included:
Joliane Melançon from Laval, QC (57kg);
Kelita Zupancic from Whitby, ON, (70kg);
Amy Cotton from Antigonish, NS, (78kg);
Sergio Pessoa, the Brazil native who now lives in Brossardl, QC (60kg);
Sasha Mehmedovic, the Serbian native who now also lives in Montreal (66kg);
Nick Tritton, born in Guelph, ON and now living in Chateauguay (73kg);
Antoine Valois-Fortier, born in Vanier, QC and now living in Montreal, (81kg); and
Alexandre Émond, born in Laval, QC and now living in Montreal, (90kg).

“Judo is something I love to do because it’s exciting, but it’s also something that helps me focus – not just in sport, but in life,” said Antoine Valois-Fortier, first time nominee to the Canadian Olympic Team for the sport of Judo. “I’ve gone from the overly energetic kid who couldn’t sit still to a nominee to the Canadian Olympic Team. I can’t wait to get to London and take my energy to a whole new level, against the best in the world!”

“These eight young men and women are wonderful additions to our growing roster of Canadian Olympic athletes for 2012,” said Canadian Olympic Team Chef de Mission for London 2012, Mark Tewksbury. “There’s a real elegance to Judo that can really draw you into its excitement and precision and I know Canadians are going to love watching our newest nominees in action when they get to London.”

“With the excitement growing every day, I am so proud to continue watching the ranks of our Canadian Olympic Team nominees increasing as every day goes by,” said Marcel Aubut, President of the Canadian Olympic Committee. “I wish all eight of you the best of luck as you finalize your preparations for London, and remember, the whole country is cheering you on .”

A second-generation Olympian, Sergio Pessoa made his Games debut at London 2012 with a top-20 finish in the 60kg division.