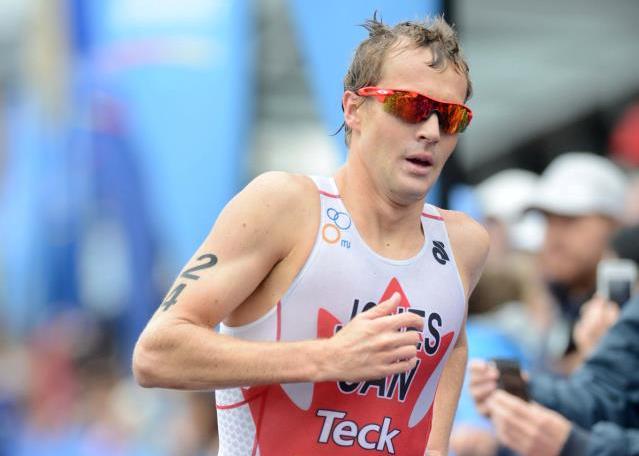 Canadians left an impressive mark this past weekend at the Triathlon World Championships in Auckland, New Zealand. Kyle Jones took a huge leap forward in his career after appearing in his first Olympic Games this past summer.

The 27-year-old native of Oakville, Ont. raced to a career best sixth-place finish at a World Championship on Sunday finishing the grueling course in 2:01:48.

After finishing 25th in London, Jones refocused himself and ran the best race of his career to date.

“It was a really hard race so this feels pretty good,” said Jones, who won his first World Cup race earlier this summer on Canadian soil in Edmonton. “I was at the front right from the beginning and I wanted to stay on it.”

In the Women’s Under-23 division, Canada’s senior triathlon team rookie, Joanna Brown, ran to her second World Championship bronze medal win on Saturday in a time of 2:14:12.

The 19-year-old’s last World medal came two years ago at the Junior World Championships and has now firmly established herself as one of the rising stars in her sport.

“It was really a perfect today and I am so happy,” said Brown, of Carp, Ont. “Coming to the race it was windy and raining so I really didn’t know what to expect especially with how cold the water was, but it was honestly a perfect day.”

In other results, Canada’s Andrew Yorke, of Caldeon, Ont., finished an impressive 18th-place (2:03:28) in his first elite men’s World Championship race. Amelie Kretz, of Blainville, Que., was the top Canuck in the women’s junior race and matched Jones’ sixth-place finish on the 750-metre swim, 20-kilometre bike and 5-kilometre run with a time of 1:09:22.