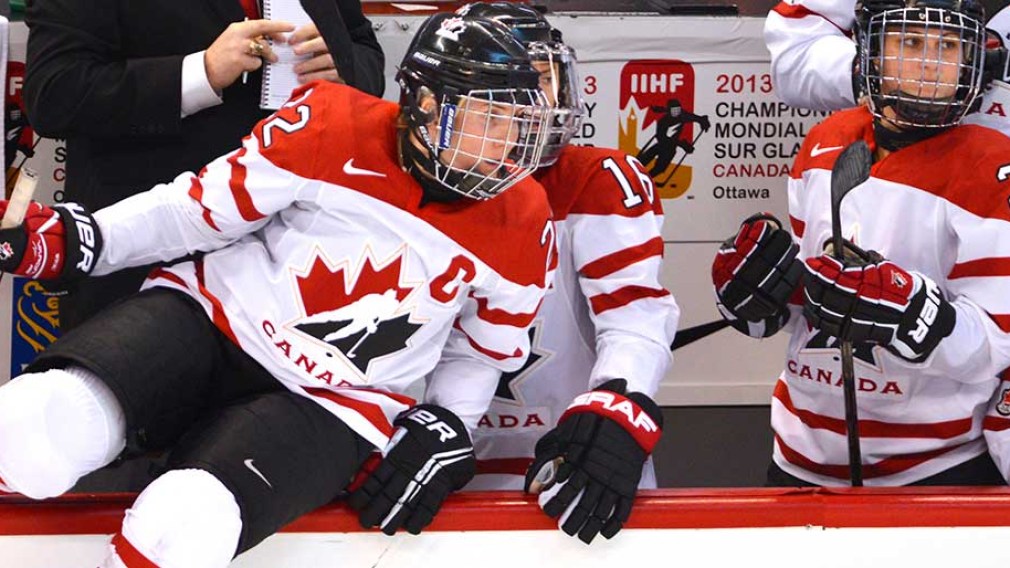 By The Canadian Olympic Committee
April 10, 2013

When the first World Championship for women’s hockey was hosted 23 years ago in Ottawa, ON, both the International Ice Hockey Federation and Hockey Canada had big ideas. At the time, it was known that Canada had the depth and talent to compete — and likely dominate. The U.S. would be not far behind, but the rest of the world – namely Europe – would need to do some work.

Fifteen tournament editions later, it’s clear that international women’s hockey has proven to host some of the hardest working people in sport.

“When we hosted the first World Championship in 1990, young girls and women sat around and saw that they can play the game at an exceptional level,” said Fran Rider, co-chair, 2013 IIHF Ice Hockey Women’s World Championship host committee and president of the Ontario Women’s Hockey Association. “This is what’s grown the game in Canada and throughout the world. The game has never been stronger. There are more countries with girls playing hockey now. These events are the showcase.” Young fans got a showcase of their idols this past week including Canadian captain Hayley Wickenheiser. Photo: Phil MacCallum

The 2013 tournament had a final attendance number of 98,155 – ranking second all-time, behind the 2007 World championship in Winnipeg, MB, which had an attendance of 119,231. Economically, the tournament will be a major boost to the city of Ottawa with revenue exceeding the original $35 million mark, estimated by tournament organizers.

Although the Canadians and Americans proved to be in a group of their own, what this championship proved is that the rest of the world is forming a strong second tier of teams providing depth never found before in the women’s game.

Russia, the 2014 Winter Olympic Games host, played its best international tournament in the history of its program to walk away with a bronze medal to bolster some confidence heading into Sochi. The local support for the World Championship was outstanding with over 98,000 in attendance. Photo: Phil MacCallum

“To get a medal at the world championship is very good for our program,” said Russia forward Yekaterina Pashkevich. “(This) will give us good confidence for the Olympics next year. We didn’t feel pressure to win a medal, but that was a goal of ours. They put so much into the program this last year; you want to see something come out of it.”

Seeing a team like Russia take that next step and enter the second tier of teams, with the likes of perennial medal contenders Sweden, Switzerland and Finland, is healthy for the game. It will now be important for these teams and others behind them to take another step in their development, says IIHF president Rene Fasel who noted earlier in the week he hopes the gap between North America and the rest of the world will shrink by Pyeonchang 2018.

The world champs in Ottawa has proven to be an important step in making this kind of parity happen.

“This tournament has provided a really unique experience for the players,” said Tony Rossi, the 2013 IIHF Ice Hockey Women’s World Championship tournament chair. “ You don’t know how many of these European players have never seen a building like this, let alone had the opportunity to play in one.”