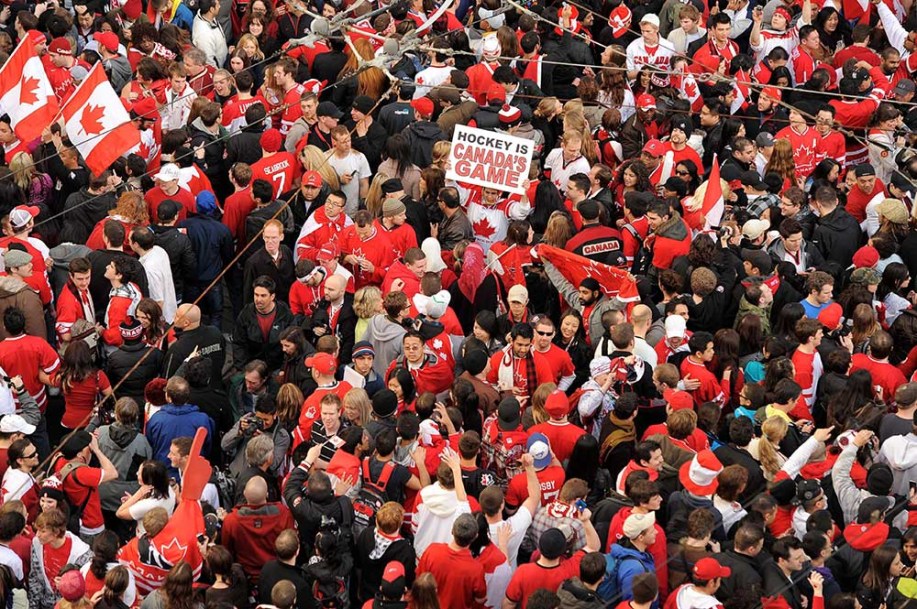 The NHL, IIHF and IOC have agreed to allow NHL players to participate in the 2014 Olympic Winter Games and we couldn’t be happier.  Let’s proudly look back on Vancouver 2010 and the incredible fans that supported the players, team and our country on its way to victory.

Here are the top five fan pics we discovered from Vancouver 2010. 2. Taking it to the Streets Fans pour into the streets to celebrate Canada’s 3-2 overtime gold medal victory over the Americans. Pictured above is the corner of Robson and Granville Street. Thousands of fans pour into the streets to celebrate the 2nd gold medal in the last 3 Olympic Games. Hockey will always be Canada’s Game 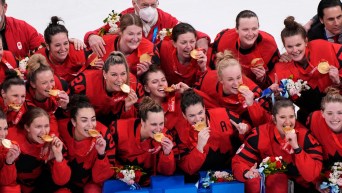