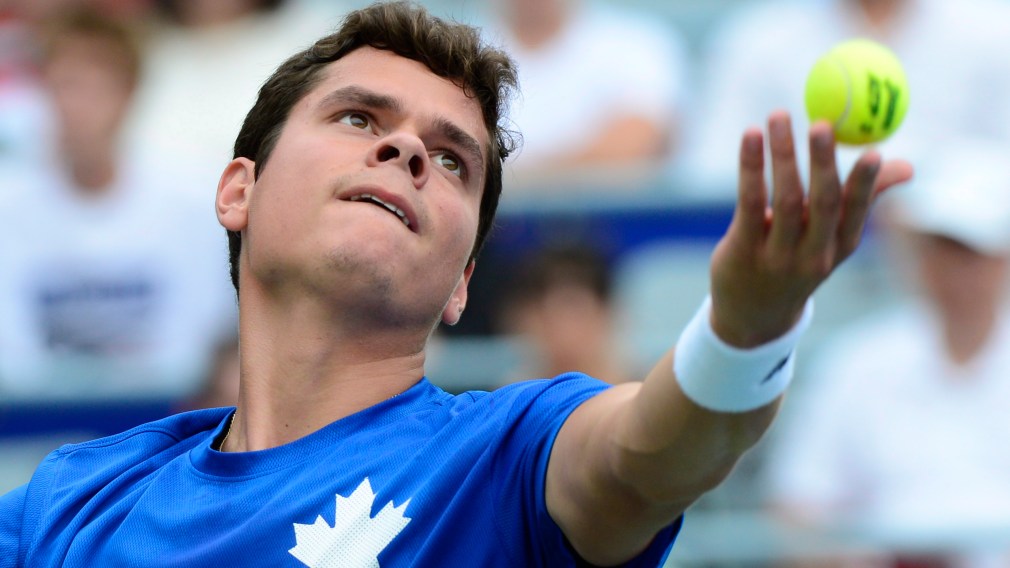 By The Canadian Olympic Committee
August 12, 2013

After a history-making week at the Rogers Cup in Montreal, the future is looking brighter and brighter for Canadian men’s tennis thanks to the success of Milos Raonic and Vasek Pospisil.

It was back in February 2011 when Milos reached number 37 in the ATP Rankings. It was a milestone to celebrate as he became the first man representing Canada to ever crack the top-40. Since then, every career high that Raonic has achieved has also been a best-ever for Canadian men’s tennis.

So it should be no surprise that when the ATP Rankings were released for the week of August 12, more history was made.

Moving up three spots from number 13, Raonic is the first man representing Canada to ever break into the top-10. At age 22, he is also the youngest player currently in that elite group. But just thirty spots behind him at number 40 is countryman and fellow Rogers Cup semifinalist Vasek Pospisil. After his dream week, Pospisil jumped 31 spots in the rankings, the most of anyone in the top-100, up from the number 71 at which he entered the Rogers Cup. He earned $135,060 for his semifinal appearance, just under $40,000 less than he made in all of 2012.

It is just one more sign of the incredible advancements Canadian tennis has made of late. For the first time, there are two Canadians ranked in the top-40, which coincidentally is the same number of Americans (John Isner at No. 22 and Sam Querrey at No. 28) in that group.

Next comes the tough task of maintaining the momentum.

Raonic is just 20 points ahead of France’s Richard Gasquet as they enter this week’s ATP Masters 1000 stop at the Western & Southern Open in Cincinnati. Gasquet has very few points to defend after losing to Raonic in the first round last year, while Raonic has to match his quarterfinal appearance to hold onto the points he earned in 2012.

Pospisil’s breakthrough in Montreal also helped push him into the Cincinnati main draw. He was granted a special exemption after his run to the Rogers Cup semifinals caused him to miss the qualification tournament, in which he had lost in the first round one year ago. It all leads to the final Grand Slam of the year, the US Open, which starts on August 26. Both Raonic and Pospisil are entered in the main draw. Raonic has played in two US Opens, advancing to the fourth round in 2012 after losing in the first round in 2010. Last year Pospisil never made it out of qualifying after advancing to the second round in his only US Open main draw appearance in 2011.

That will be followed by the Davis Cup semifinals from September 13 to 15, with Canada set for a showdown in Serbia against world number one Novak Djokovic and his compatriots. Again, it is remarkable to think that just two years ago, in the same season that Raonic began breaking down barriers, Canada was not even part of the World Group and is now one of the top four countries in the premier men’s team tennis event.

Canada Charts Two Singles in Tennis Top 40 with Raonic and Pospisil
Shuttlecock and balls: The fastest moving objects in sport
Getting vertical: The highest jumps in sport
Weekend Roundup: Team Canada athletes glide to the podium worldwide
Korea 101: Korean Customs and Traditions
What are the differences between baseball and softball?