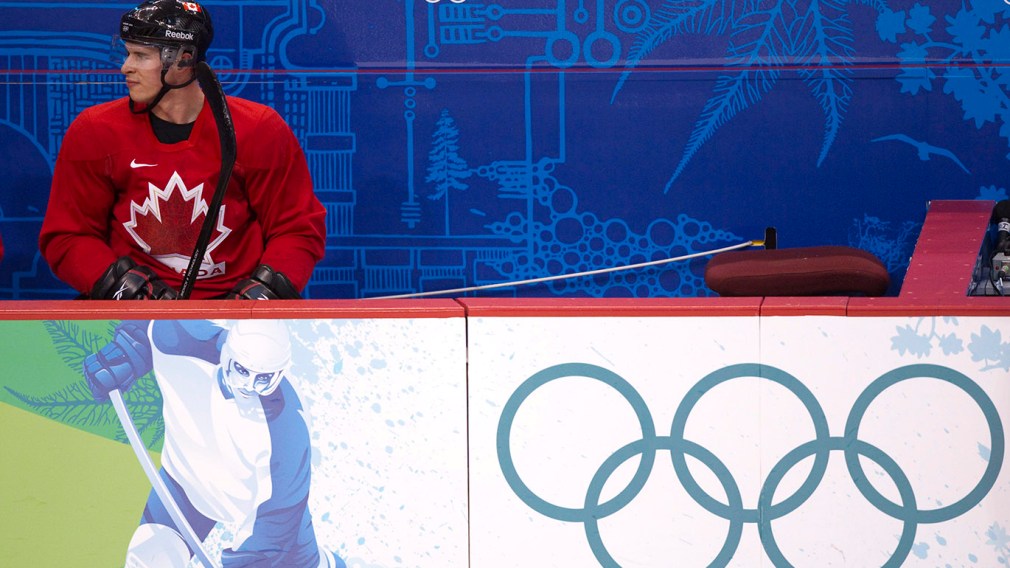 As concussions return to the media water-cooler conversation after the NFL agreed to pay almost a billion dollars to settle lawsuits from ex-players who suffered concussion-related problems, Coaches Plan takes a look at how concussions are affecting Canadian athletes and how coaches can help.

Andrew Lahey, a two-time gold medal winner in short track speed skating, has represented Canada at four world junior championships. But today, at the age of 31, he can barely take a light jog around the block let alone a race on the ice. Despite a promising future with Speed Skating Canada’s national short track team, Lahey was forced to retire at the age 21 because of symptoms related to repeated concussions. In fact, he estimates he had 10 concussions caused by skating falls over the course of his short career.

Despite a promising future with Speed Skating Canada’s national short track team, Lahey was forced to retire at the age 21 because of symptoms related to repeated concussions.

“I probably had my first one at 14,” he recalls. “With the last concussion, my symptoms got so severe I lost all form of short-term memory and my vision was badly affected.”

The symptoms lasted two years, and while Lahey has regained all his mental functioning, he hasn’t been able to maintain any consistent form of physical activity since.

“Even now, when I go for a run my vision is scattered and my balance is off.”

According to the latest statistics from the Centers for Disease Control and Prevention, up to 3.8 million concussions happen in the U.S. each year, based on emergency room visits (there are no definitive stats for Canada). Experts say this number is conservative given that some people go to their family physician or don’t see a doctor at all for a diagnosis.

CONCUSSION IN THE SPOTLIGHT

Media attention around star athletes like Sidney Crosby is putting concussion in the spotlight like never before, but the awareness is still nowhere near where it should be, says Dr. Charles Tator, professor of Neurosurgery at the University of Toronto and founder of ThinkFirst Canada, an organization dedicated to preventing brain and spinal chord injuries.

“Concussions have been a neglected problem in the medical field and we haven’t gone far enough in terms of education in the sports world around what a concussion is and how to recognize and manage it,” he says, adding that there are plenty of people who still refer to concussions as a “ding” or “getting your bell rung,” and who believe a person needs to lose consciousness to have had one.

He says another major misconception is that helmets will protect against concussion. Robin Bone competes in the pole vault event while wearing a helmet. She has received five concussions in other activities including gymnastics and basketball. Photo: The Canadian Press

“Every hockey player I see in my office who has been concussed has been wearing a helmet,” he says. “These helmets may prevent more catastrophic brain injuries and save lives, but they have little or nothing to do with preventing concussion.”

Dr. Tator says what he’s learned over the course of 50 years of dealing with concussed patients, is that everyone involved in the sport needs to be informed about the condition — players, parents, coaches, trainers, teachers, physicians and other healthcare personnel.

“It takes a whole team of properly trained, informed and interested people to both diagnose and manage concussions.”

He says coaches play a particularly significant role on the team because they are ultimately in charge of the safety of their players.

“The coach has the power to prevent injury or to cause injuries, and the way he or she coaches the game will determine what happens.”

Jonathon Cavar, national team coach for Short Track Speed Skating Canada in Calgary, has worked with a variety of athletes, including Lahey, and says with increased awareness around concussions, he and his staff are taking every precaution to keep players safer. When a concussion is suspected, Caver says having the initial assessment done by a qualified person other than the coach can make it easier to negotiate with athletes around decisions to take them out of play. “Playing the ‘heavy’ role is our responsibility,” he says. “For selfish reasons we want to see them perform, but I know I can sleep better at night if I’ve ensured their health and safety is my number one concern.”

Cavar says it’s also essential for coaches to be the ones athletes ultimately trust, sometimes even over family and other supporters.

“Because a concussion isn’t as tangible as a visible wound, it’s easier for an athlete’s entourage to push — they want their child to be safe but they also want them to succeed,” he says. “You have to cut through the forest at times and deal directly with the athlete and ensure they are hearing your voice clearly.”

“Because a concussion isn’t as tangible as a visible wound, it’s easier for an athlete’s entourage to push.”

Ottawa-based sports medicine physician Jamie Kissick says coaches are in the best position to note symptoms pre- and post-concussion because they get to know their athletes and can quickly see when behaviour is off-kilter.

“Coaches have a significant amount of influence and if they don’t buy into the [severity] of concussion, the athletes are going to be reluctant to say they don’t feel right.”

When it comes to determining when players can get back to play, Dr. Kissick says a step-wise approach monitored by a qualified physician is key.

“Think of a dimmer where you can adjust the light as needed rather than simply turning it off and on,” he says, noting that 85 per cent of concussions require at least seven to 10 days of rest — and more severe ones require even more. “I’ve seen people get worse because they push through it. They should be at a level of rest where they’re not provoking symptoms.”

The federal government contributed to the cause by providing $1.5 million toward the development of resources to promote concussion awareness and management through a new charitable organization called Parachute.

“We don’t want to see a decline in the number of parents signing up for mass participation sports for their children,” says Cyndie Flett, ChPC, vice-president of research and development at the Coaching Association of Canada. “We want to be diligent about preventing concussions, and when they do happen, diligent about managing them in the best way.”

WHAT ABOUT OLYMPIC SPORTS?

According to a recent study from the National Institutes of Health, the three highest frequency and rates of concussion in NCAA-level Olympic sports from 1988-89 through 2003-04 were ice hockey, soccer and basketball. Here’s a look at some other traditional Olympic sports with a higher-risk of concussion. It’s hard not to wonder what this kind of research will look like after the introduction of ski and snowboard slopestyle at the 2014 Games. 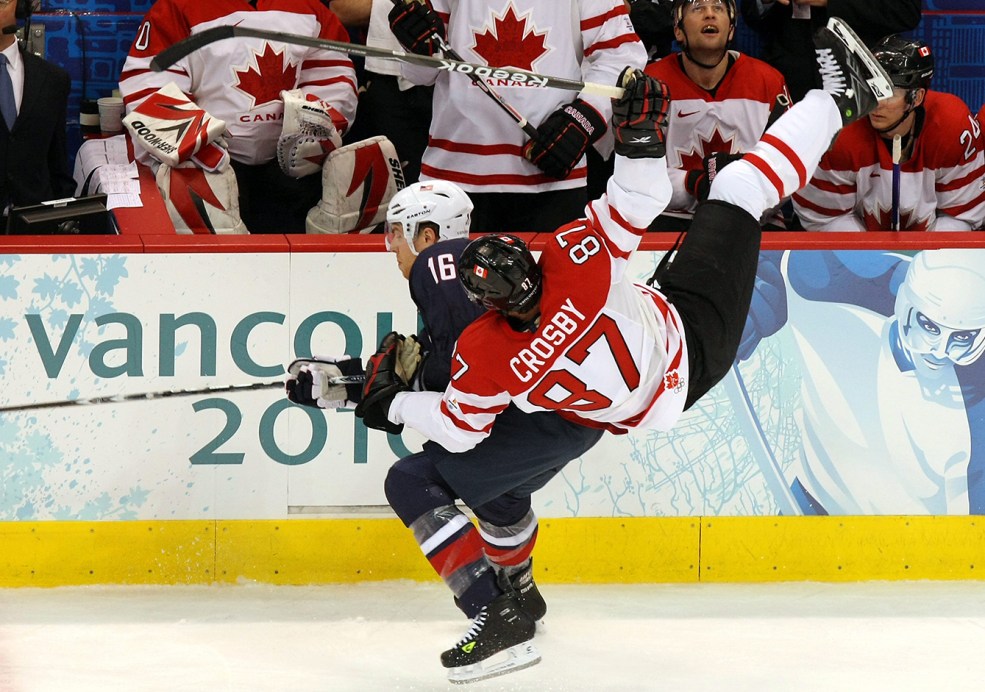 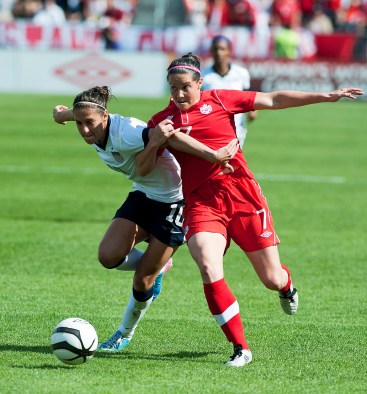 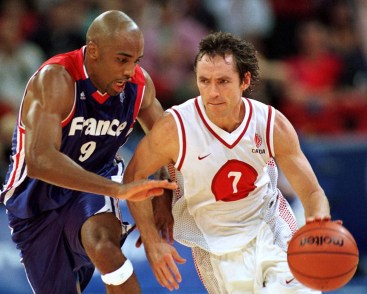 Steve Nash competes in the men’s basketball tournament at the Sydney 2000 Olympics. 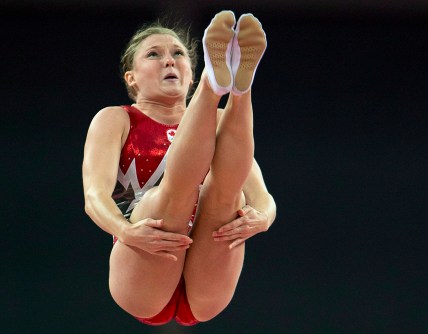 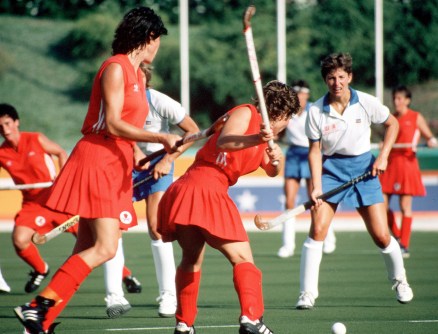 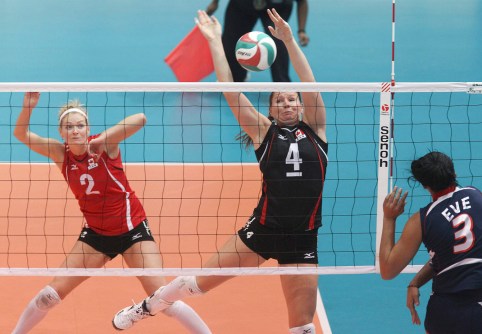 Are concussions draining our talent?
55 Olympic and Paralympic hopefuls awarded the 2020 Petro-Canada FACE™ grant
Shuttlecock and balls: The fastest moving objects in sport
Adventure, culture and food: 9 things Peru is famous for
Team Canada athletes in acting roles
What to expect from Canadian tennis players at the French Open