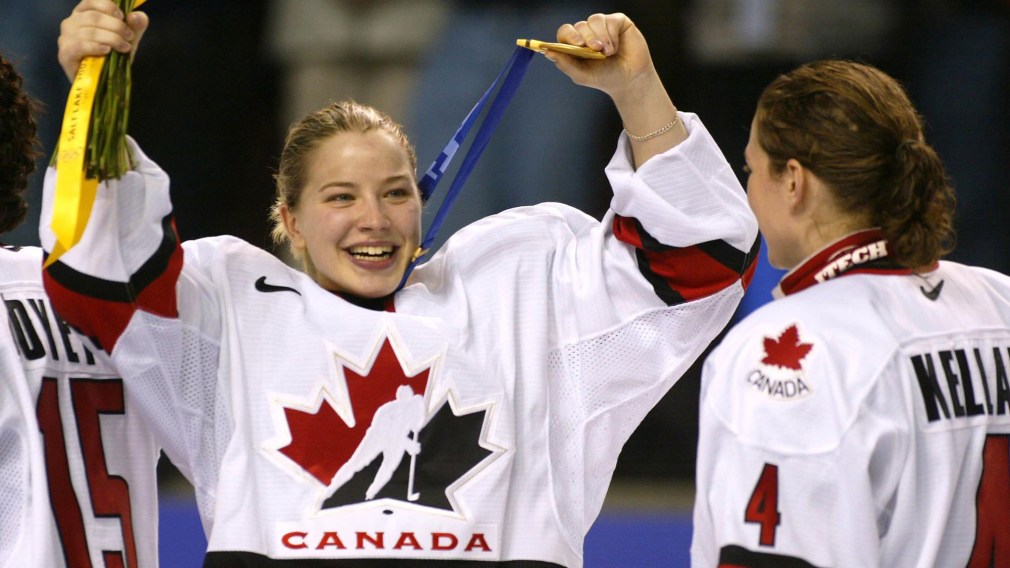 The talk ahead of the women’s ice hockey final at the 2002 Winter Olympics in Salt Lake City had little to do with jerseys but all to do with a flag – the Canadian one to be exact.

An emotional national affair whenever the two superpowers of women’s hockey take to the ice, the occasion was further inflamed by rumours that the Canadian flag had been abused in the American locker room. Although the two countries issued a joint statement decrying any such event, the rumours persisted, adding another incentive for the Canadians to beat their biggest rival on their own ice in Utah.

Goals by Caroline Ouellette, Hayley Wickenheiser and Jayna Hefford led Canadians to a 3-2 victory for Canada’s first gold medal in women’s Olympic hockey, avenging the loss in Nagano four years earlier.  That there was an American referee in the final calling everything – and we mean everything – against Canada made it even sweeter.

Though similar to the 1998 jersey used in Nagano (two-colour neck pattern and prominent display of the Canadian Hockey Association logo in the front), there were multiple design changes, most notably the disappearance of a grey and white line across the collar and new black and white stripes along the bottom of the sweater. Stripe details changed on the sleeve as well and a heritage patch was added to each shoulder, which inspired a third jersey (more on this October 4).