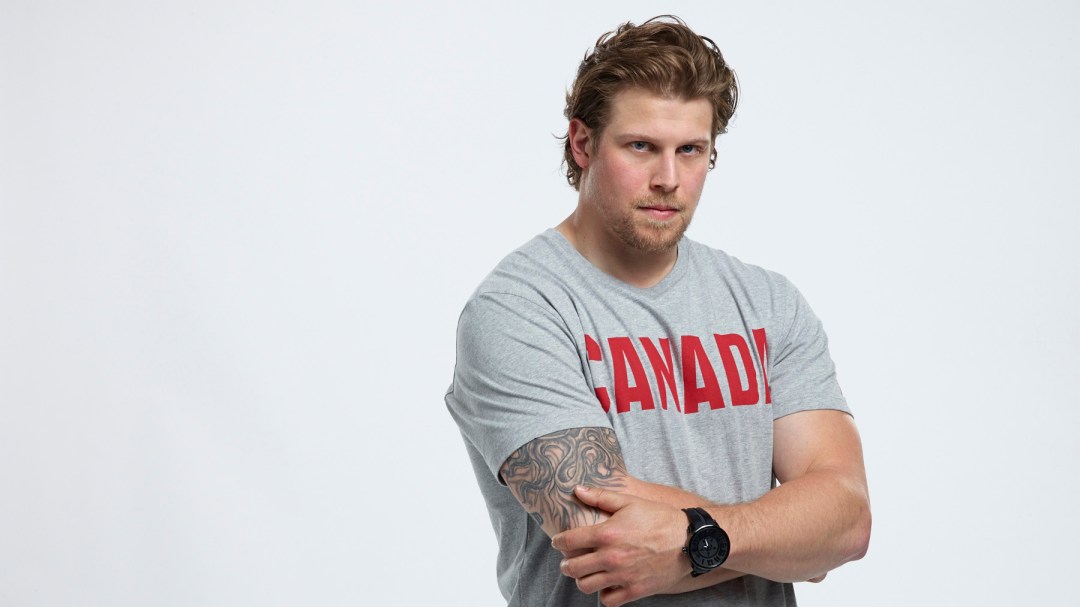 An inside look at Canada’s men of bobsleigh

As I continue my journey to help athletes on their way to Sochi find the means to support their dreams, my next stop is with the men of Bobsleigh Canada. It’s been well documented how many CFL players are moving to the sport of bobsleigh, but regardless of these athletes’ professional football status, they indeed join their amateur teammates in the pursuit of Olympic excellence and the financial challenges on that road ahead.

As the Canadian championships heat up in Whistler this week, here is a behind-the-scenes look at three key men of bobsleigh striving for the Olympic podium: 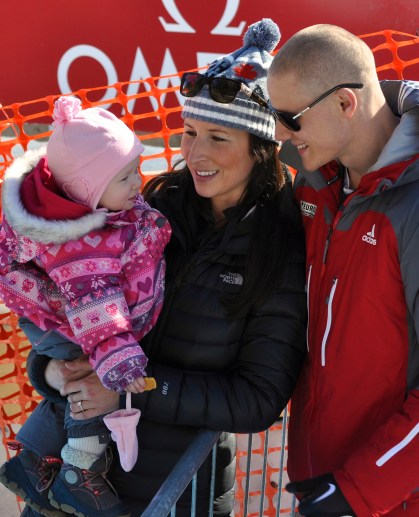 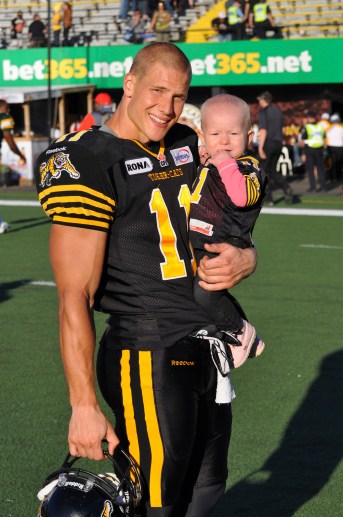 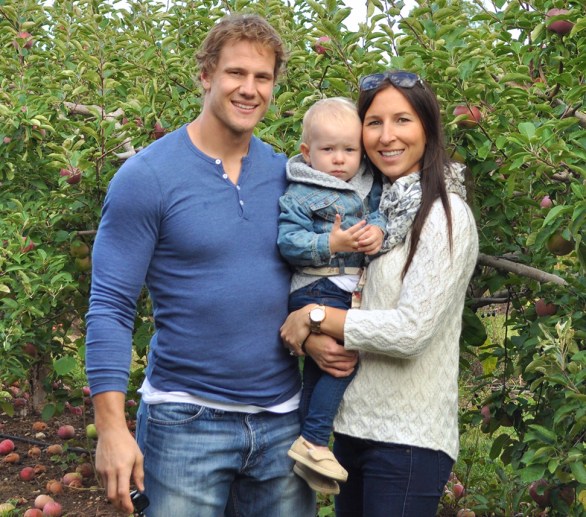 Sam Giguère is one of the only athletes still trying to balance both the CFL schedule and his dream of becoming an Olympian. Currently a wide receiver for the Hamilton Tiger Cats of the CFL Giguère also spent three years trying to crack an NFL roster with both the NY Giants and the Indianapolis Colts. He is a driven athlete who has also pursued an accounting degree at Sherbrooke University.

His next goal? Becoming a brakeman for Canada at the Sochi Games.

SEE ALSO: How the CFL is redefining bobsleigh in this country

Bobsleigh and the CFL have similar training seasons, thus the training for bobsleigh is difficult when dealing with weekly CFL prep and overall body maintenance that, in a football season, usually means dealing with injuries. However, in August when Giguère’s teammates got a break during the bye-week he flew to Calgary to train with other athletes at the Ice House. After a missed CFL season in 2011 due to injuries Giguère sent a letter to Bobsleigh Canada expressing his interest, with some darn-quick sprint times and proof of his prowess in the weightroom.

It culminated to an impressive showing at a week-long camp.

Today, Giguère is unsure if he’ll make the Olympic team, but that hasn’t stopped him from the grind that is being a two-sport athlete. In fact, sometimes bobsleigh helps take his mind off football when things maybe aren’t going the best … and vice versa. But what really keeps Giguère focused on the mental and physical battleground is the inspiration he gets from family.

His wife Rose and daughter Lily-Rose are what keeps him grounded and focused on becoming an Olympian. Growing up he loved watching bobsleigh at the Olympics and always wondered what it would be like to blast down the track. For now, the inspiration that his daughter just might see her dad become an Olympian — and then possibly go on to be one herself — is worth every life-changing decision he needs to make to be the best. 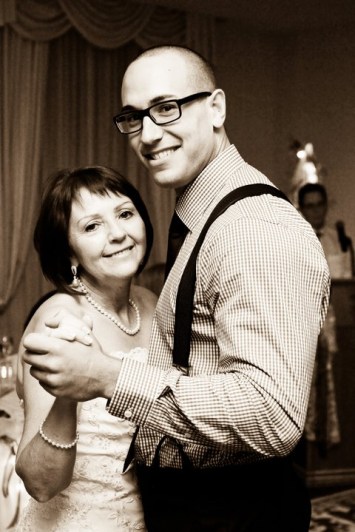 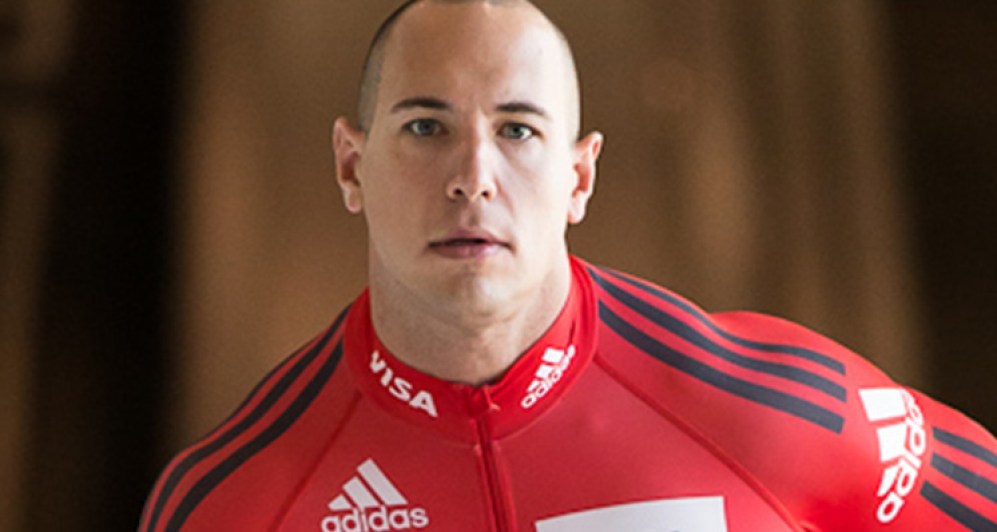 Jean-Nicolas Carrière, or ‘Nick’ as he is called, wasn’t as fortunate as Giguere to continue his CFL football career. A shoulder injury after just two seasons in the pros forced Carrière to retire.

Growing up just outside of Ottawa in Rockland, ON, Carrière was often put on a pedestal. He was the hometown football star, an identity that his community celebrated, and looking back he says it was the only identity he knew. And things changed fast.

While working at a bank as a collection agent he was deeply depressed wondering if he would ever get that feeling back: the feeling living a life only an athlete can experience. The competitiveness was gone and he didn’t fit into a world without having big goals.

“My job and my life were killing my soul,” he said.

Carriere was in the process of starting a new cross-fit gym when he bumped into Craig Taylor at the Ottawa Lions Track Club. Next thing he knew he was sending his resume, much like Giguere, to Bobsleigh Canada. Just a year later after being at the lowest point in his life he was in Calgary training and made Canada’s world championship bobsleigh team. He put on 25lbs in six months, but at the same time maintained his speed. The increase in weight helps to keep the sled weight to a minimum so the athletes don’t have to push as much. It was essential for Carriere’s pursuit of excellence in bobsleigh.

Bobsleigh brought the business out of sport.

For the first time in a long time Carrière felt he was doing something for himself. He also felt an overwhelming feeling of contribution and that he was having a positive influence on his life.

His inspiration is his mom Louise Carrière, who always forced him to get an education even when he was on his way to becoming a football star. Hence he has his degree at McGill University. Louise was the first person Nick told that he was going to try and go to the Olympics.

Her answer was a quick: “Yep that makes sense!”

Without hesitation she saw where he had been emotionally and she was confident in his work ethic. Those four words uttered by his mom in an instant make him even more motivated to medal in Sochi. 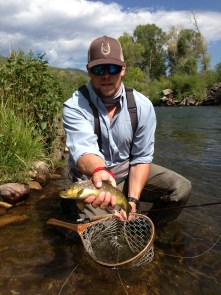 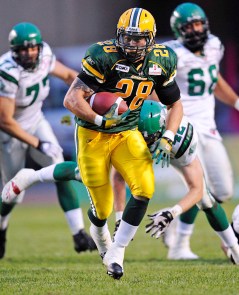 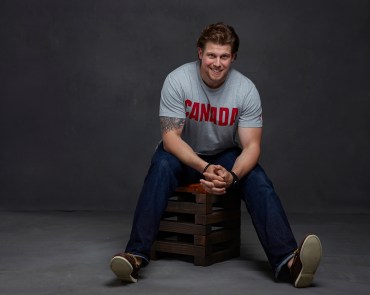 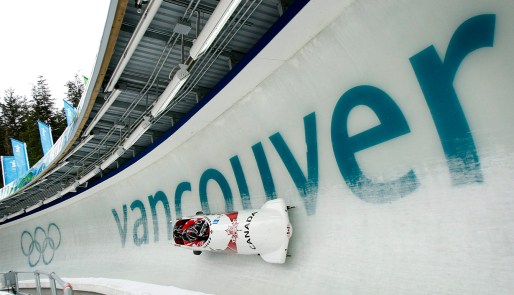 Jesse Lumsden is probably the most recognizable male name on the bobsleigh track heading into Sochi. When healthy, the running back had success in the CFL and followed in the giant footsteps of his father Neil who had won 3 Grey Cups with the Edmonton Eskimos.

Amazingly it was a trip he took with his father in 1988 to the Calgary Olympic Games that would inspire Jesse the most — not just his famous father’s football career.

Sitting onhis dad’s shoulder at those Games he remembers two things: First, the pin-trading booth which is always a big hit at any Olympics. And secondly, the bobsleigh events.

After another injury in 2010, the Calgary Stampeders still wanted Lumsden back. He had a conversation with head coach John Hufnagel that was candid and honest, but the decision was to leave the game and become an Olympian.

Lumsden realized that he loved football, but was passionate about his country.

During his tenure with the Stamps he also become a developmental pilot in bobsleigh. He competed in 2010 Olympics with Pierre Lueders, but there were no medals. Now, he plans to be in Sochi as a brakeman on the two- man team and a crewman on the four-man team … this time, for a medal.

THE PRICE OF BEING ELITE

Don’t let professional football fool you. These athletes are still fighting for funds to support their love of sport and country. Jesse Lumsden recently launched a new funding initiative, thanks to his good friend Glen Downs on a fishing trip, he charges $15 for a 2014 Olympic survival bracelet. It is literally 10ft. of survival chord and is called the “Survive Sochi” bracelet. It takes about 15 minutes to make each one and Lumsden got the instructions on how to make them from YouTube. His first batch of 70 bracelets was sold in two days thanks to his twitter handle and that of Sam Giguère’s. He is looking for a manufacturer, but until then it is he, some friends and his girlfriend, retired silver medalist in bobsleigh Helen Upperton who put them together.