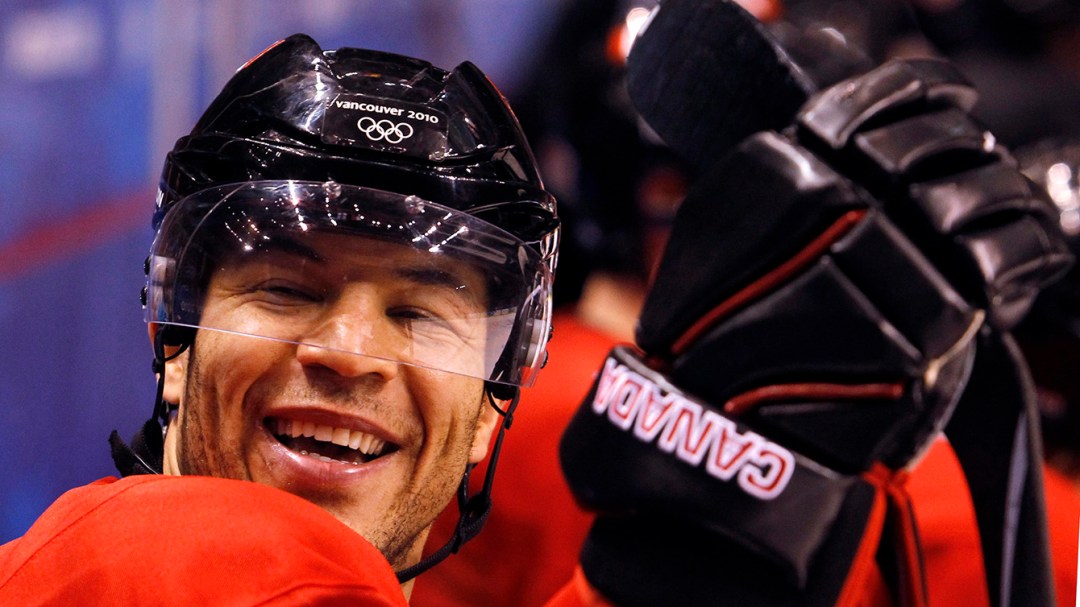 The Tampa Bay Lightning confirmed yesterday Steven Stamkos has a broken right tibia. After the collective gasp at witnessing what was obviously insanely painful for young #91, it’s also easy to feel sympathy for a good person at the height of his career.

Stamkos will come back. He might be one of the fittest men in hockey. It may not be in time for the Sochi Winter Olympics, a team he was surely a lock for.

Thanks to all my family, friends, and fans for all the well wishes! I will be back as soon as possible !!

Canada is a country with hockey talent in great abundance, and someone will be asked to step up when Hockey Canada announces the men’s team on December 30th. The only question is who.
Since Canadian athletes are no strangers to making the best of an opportunity, here are five examples of Olympians who seized the day.

A then 24-year-old Jarome Iginla was a late addition to the Olympic orientation camp in September 2001. Iginla joined the squad on September 5 while the camp was on-going. Combining his camp performances and a career-high 52 goals during the NHL season, Iggy was named to the team. In the gold medal game against the United States Iginla notched two goals helping Canada win 5-2.

SEE ALSO: Stamkos injured, who can take his place? | Steven Stamkos on Canada

Just over one year before the Vancouver 2010 Winter Olympic Games Mathieu Giroux decided he would try speed skating for the first time. Yes, the very first time. After missing the Olympic short track speed skating team by one spot in 2006, Giroux was determined to go to Vancouver. Everyone thought he was crazy. With shaky technique and enormous courage Giroux excelled on the big ice and made the long track development squad for 2009-10. In December 2009 he sped to a second place finish in the 1500m at Canadian Single Distance Championships, qualifying him for the Games. In Vancouver, he won a gold medal as a member of the team pursuit.

In May 2005, Brad Gushue made perhaps one of the most important decisions of his curling career. With a rink comprised mainly of curlers in their mid-20s, Gushue asked legend Russ Howard to join his team. Really good idea as Howard was known for his ability to call a game. Oh, and also as a World Champion skip with two Brier titles to his name. The new Gushue rink rolled through Roar of the Rings with Howard holding the broom and throwing second stones. At the Turin Olympic Games, while Gushue had final say on all calls, 50-year-old Howard certainly made a huge impact on the road to Canada’s first men’s curling gold. It was unfortunate injuries to a pair of teammates that found Davey Barr at the starting gates in Vancouver. After walking into the Opening Ceremonies, Barr’s teammate Dave Duncan crashed in training two days before competition breaking his right collarbone. Fellow Canadian Brady Leman was called up, only to crash himself, aggravating a broken tibia by bending a surgically implanted rod. Barr was next on the list. Without any training days the BC-native skied to a respectable sixth overall. Rowers Roger Jackson and George Hungerford won gold in the men’s coxless pair at the Games of the XVIII Olympiad in Tokyo. Both were headed to Tokyo as alternates, but began training together just weeks before the start of the Games. They surprised everyone by winning their opening heat and advancing to the final. No one gave them much of a chance of winning and many Canadian officials and journalists skipped the event. After winning by three-quarters of a boat length, they were dubbed the “Golden Rejects”.

And just for the heck of it.

Martin St. Louis is a two-time Olympian who won gold as a member of Team Canada at Sochi 2014. He…