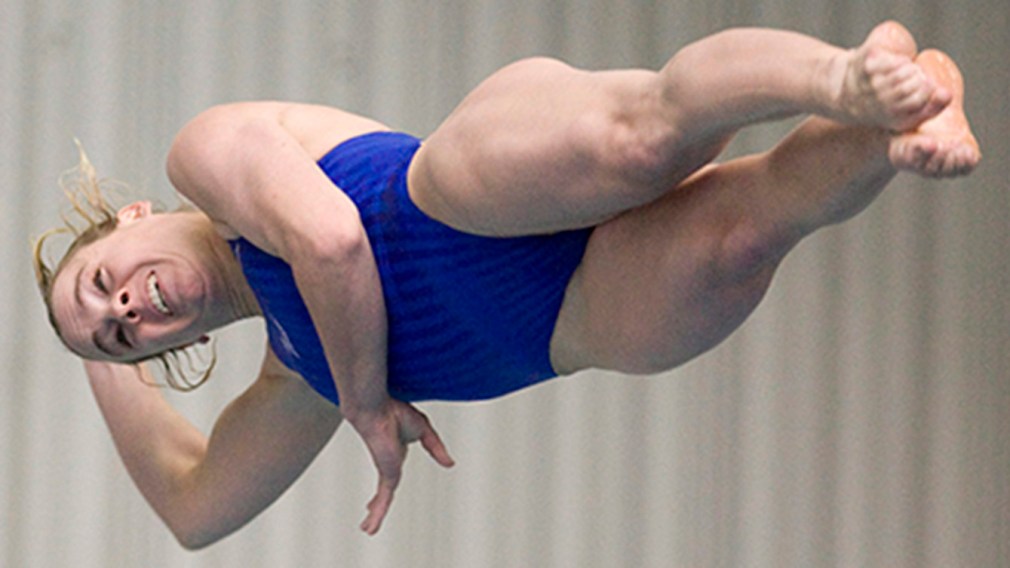 The idea of retirement is a topic people usually start to properly think about in middle-age. Or, if you’re an Olympic athlete, in your teens or 20s.

Completely departing from one lifestyle to another is something most people will face. Whether it’s working life or high performance sport, in most cases, the only difference is a distance of years. Sometimes many years. Just over one year before the Beijing Olympics, diver Blythe Hartley lost her brother Strachan to cancer. It was then that the Olympic bronze medallist first thought about retirement, “there was a while after he passed away that I wasn’t sure if I would get back in the water at all.”

But she did, and despite missing three months of training a 26-year-old Hartley left Beijing with a personal best individual finish of fourth in the 3m springboard.
And then came the hard part.

Hartley traveled after the Games, embarking on her transition from sport. In her soft-spoken way, she honestly describes this time, “I definitely went through a difficult time right after 2008 I went traveling for a long period of time, which I think helped because there were a lot of extreme things going on in my life with my brother passing away and then training for the Olympics. I did feel I needed that break at that time. But when I came back you come right back into the transition and you’re hit with it and it’s quite challenging.”

She is talking about the unavoidable gap between putting everything you have into sport, the stability of that commitment, and the unknown next chapter.

It certainly isn’t passing sentiment that makes finishing sport so challenging. It’s more than that. Competing against the best in the world takes absolute focus, often causing other aspects of an athlete’s life to become non-existent. Including preparation for what’s next.

Hartley has an interesting take, “I was well prepared for retiring but even though you can prepare for it when you actually go through retirement you realize that it’s something that is exceptionally hard to prepare for.”

She is still incredulous about their surprise, “Well I have to start somewhere?,” she recalls saying then, and now looking back, “When I started I had a willingness to do anything, and everything that you learn from sport is very transferable to whatever you move onto.”

Adam van Koeverden is about as accomplished a Canadian athlete as you can find. While training for the 2016 Rio Games, the Olympic champion admits he thinks about what will happen when he stops paddling.

“I think about life after sport everyday, I recognize I have more kilometres behind me than I do in front in my career.”

Leaving elite sport, or going through any major change requires many of the same human efforts. Planning is a good idea, and the expectation that the unknown will hit you with challenges no matter how well-intentioned you might be. It’s easier for some, and harder for others.

Blythe Hartley is now a HR Advisor for an oil and gas company in Calgary and was a TV diving analyst at London 2012, she handled identity change with consistency, “I don’t feel like I struggled with how to define myself as anything but a diver. I felt I was the same person but just somebody who was going through transition and moving on to something different in life.”