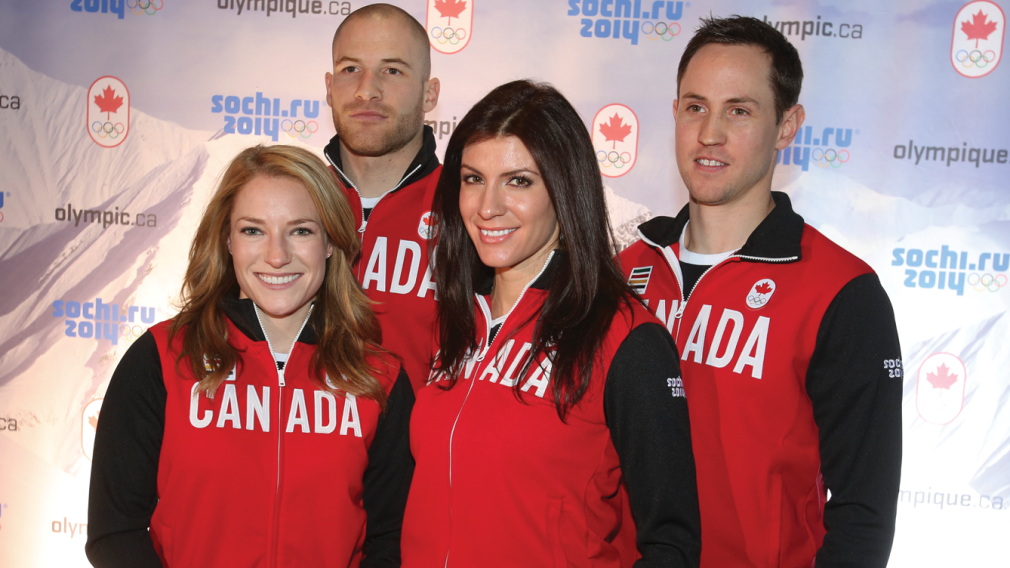 By The Canadian Olympic Committee
December 18, 2013

If you remember Mellisa Hollingsworth‘s reaction following her fifth-place performance and the Vancouver 2010 Games, you know this skeleton athlete is in it to win it.

On Wednesday the 2006 bronze medallist was announced as one of four skeleton athletes nominated to represent Canada at the Sochi 2014 Winter Olympic Games.

Hollingsworth of Eckville, Alberta, will make her third Games appearance. The two-time World Cup champion will be joined by three first-time Olympians including World Championship bronze medallist, Sarah Reid of Calgary, in the women’s field. Eric Neilson, of Kelowna, British Columbia., along with Calgary’s John Fairbairn, who have both been knocking on the door of their first international podium, will also make their Games debut in the men’s event.

“This is an extremely powerful and committed group of athletes who have taken their turns leading our program over the past four years. Each of these athletes are relentless in their pursuit to keep the maple leaf on the Olympic podium in skeleton,” said Duff Gibson, Head Coach, Canadian Skeleton Team. “While three athletes are Games rookies, they all bring loads of experience and tremendous athletic talent to our Olympic Team.”

Bobsleigh Canada Skeleton will add one male and one more female athlete, should the nation qualify an additional sled in each event by the January 19, 2014 selection deadline. Canada must be in the top-two nations for the women and top-three nations for the men in the overall international rankings to earn a third quota position at the Games.

“It has always been a lifetime goal of mine to compete at the Olympics, and for that dream to now be a reality is very gratifying,” said John Fairbairn. “Making the Olympic team was step one. Now the real work begins to ensure we are fully prepared to achieve excellence in Sochi. This is a talented group of athletes that share great camaraderie and a common goal to see the Canadian flag being raised once again above the Olympic skeleton podium.”

Canada won a total of four medals in men’s and women’s skeleton at the 2006 and 2010 Games. Duff Gibson was the first Canadian male to win a gold medal in the sport when he shared the podium with teammate, Jeff Pain in Turin, Italy. One day prior to Canada’s one-two men’s finish in 2006, Hollingsworth became the first-ever Canadian to earn a skeleton medal winning bronze. Jon Montgomery kept the men’s Olympic skeleton gold in Canadian hands after thrilling the nation with his electrifying fist-pump celebration at the Vancouver 2010 Games.

Montgomery will continue his quest for the chance to defend his Olympic title while competing on the Intercontinental Cup Circuit in January. Dave Greszczyszyn of Burlington, Ontario, will continue competing with the World Cup squad in the New Year, with the hopes of rounding out the men’s team in that third and final spot. Calgary’s 21-year-old Robynne Thompson and 29-year-old Cassie Hawrysh, of Brandon, Manitoba will also keep their Olympic dreams alive into January. Thompson will remain on the World Cup circuit, while Hawrysh will return to North America to compete on the Intercontinental Cup Circuit.

Veteran Mellisa Hollingsworth leads a fearless skeleton team to Sochi
Getting vertical: The highest jumps in sport
Shuttlecock and balls: The fastest moving objects in sport
Korea 101: Korean Customs and Traditions
What are the differences between baseball and softball?
Team Canada and Hudson’s Bay unveil Tokyo 2020 uniform kit