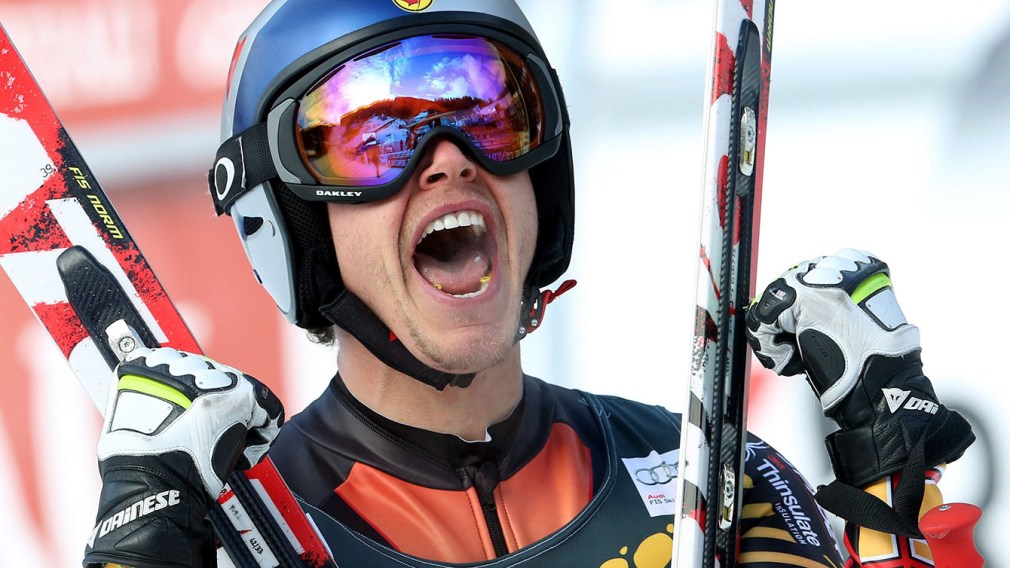 It was only a matter of time. Canada’s Erik Guay further established himself as an alpine racer of all generations with his 20th World Cup podium, tying him with the great Steve Podborski.

The win at Val Gardena this weekend was one part of a larger triumph for the 32-year-old, who only four months ago went under a surgeon’s blade.

MORE ON THE STORY: Guay rules downhill race in Italy

On Friday Jan Hudec, who on Twitter self-identifies with Kung Fu Panda also channeled being a great skier by winning a silver in the super-G. It was the fifth career World Cup podium for the Calgarian. His time of one minute, 36.40 seconds was 0.58 slower than standings leader Aksel Lund Svindal of Norway. France’s Adrien Theaux was third in one minute, 36.73.

“This is just huge, it’s confirmation that I’ve been doing the right things and just going with it and being patient. I knew my time in the sport wasn’t up and I wouldn’t have carried on skiing if I didn’t believe I could do this.” – Jan Hudec

Dave Duncan must have forgot a pair of goggles on the podium when he won his first World Cup ski cross race on Saturday. The 31-year-old decided to win again on Sunday, to pull of an incredible back-to-back performance.

MORE ON THE STORY: Duncan double at Innichen, Gerrits strikes gold in Beijing

Dominique Maltais would probably have something to say about all the Erik Guay talk. She won her 33rd World Cup medal with a silver in this weekend’s Lake Louise SBX event.

Maltais’ consistency is staggering. She was also second two weeks ago in Austria.

‘’I am extremely satisfied with second place today it shows I’m very consistent right now,” said Maltais after the race.

“I figured I could afford to let my second run flow. After I got my rails, it all just worked,” said Howell from Copper Mountain, Colorado.

Here’s the golden advice from technical coach JF Cusson, “On days like today, what impresses the judges is amplitude and landing the big tricks. Instead of changing anything, we told her to just go faster and higher.”

I can't believe I won!!!! What a whirlwind couple of weeks!! Thanks to everyone for the support!!! pic.twitter.com/poBpclz9lz

A storm of medals: Canadians trample World Cup podium
What is the difference between racquetball and squash?
Shuttlecock and balls: The fastest moving objects in sport
Pan Ams to Olympics: Toronto 2015 a boost to many Team Canada athletes
Ana Padurariu: Facing the never-ending challenges of 2020
Team Canada Athletes Out of Isolation, Back to Training