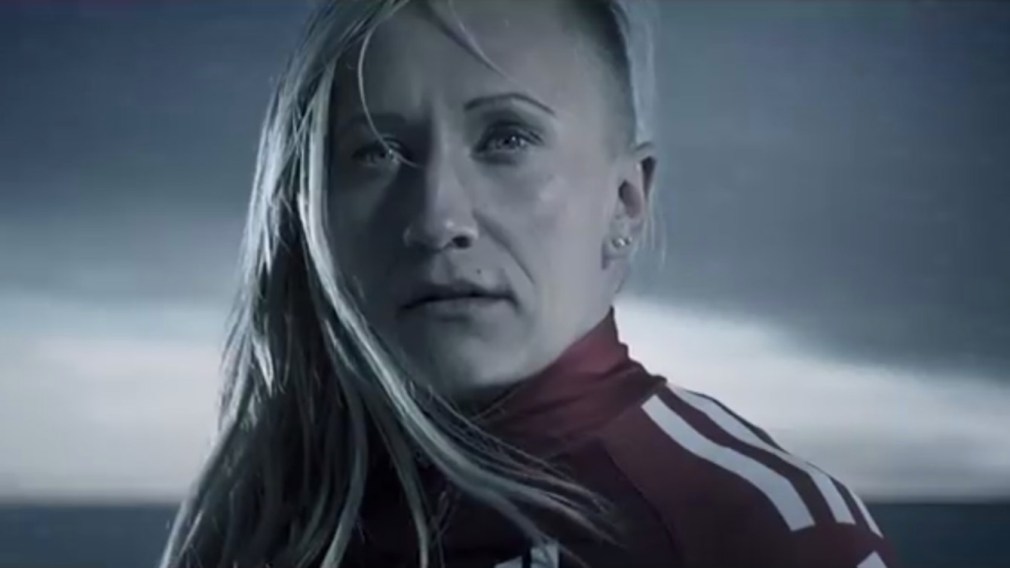 We all know winter.

She spouts wisps of her essence through cracks in autumn’s resolve, before rising at once, to invade the damp decay.

When winter arrives, it’s here to stay. And we settle in, not just to survive but to thrive in spite. And I’d dare say we do. Some even relish the season. Who hasn’t taken a slicing blast of wind that hurts like a hard slap, licked your lips and through a half-smile thought, “Is that all you got?”

There are also seven mini-documentaries, following stars like Mark McMorris, Justine Dufour-Lapointe and Mikaël Kingsbury on their road to Sochi.

Winter is an asset. For young kids, early sporting adventures often take place on mountain and ice. The extra time on skis, boards and blades inspires many lovers of the snowy months, lovers with plenty of skill.

Halfpipe skier Roz Groenewoud says in her #WeAreWinter mini-doc, “I’ve always spent a lot of time outdoors. I like competing in weather that isn’t great. I think it gives me a little bit of an edge. I know that it’s going to get to my competitors and I can embrace the fact that it won’t get to me.”

Even what you go through day-to-day in this country creates toughness and resiliency. We have to plug in our cars so they don’t freeze overnight. Are you kidding? That’s just hilarious. At least until the next morning when you’re scraping an inch of ice off the windshield and driving with one cold hand because the other is wedged under your thigh to keep warm. For bobsledder Kaillie Humphries, the preparation to drive is a bit different, and she needs both hands, “Bobsleigh is not a sport for the weak, it’s minus-40 and your eyelashes are freezing together, you’re moving equipment everything is super heavy, you’re out in the cold, you’re out in the rain for long hours,” she says in her #WeAreWinter documentary.

The foundation of #WeAreWinter does feel like an honest extension of our shared experiences during the frigid months. And there’s also a touch of bravado, if you choose to see it that way.

Either way, the whole thing is decidedly organic, “The essence of this campaign originated from conversations with our athletes who when interviewed, all said the same thing: Winter defines them and defines who we are as a country, said Derek Kent, the Chief Marketing Officer of the Canadian Olympic Committee. “We wanted to inspire Canadians by showcasing the drive and determination of our athletes as they train for the Olympic Games.”

When you get to see #WeAreWinter, there’s certainly a chance it will connect with some deeper part of you. Everyone has a unique winter story. For Meaghan Mikkelson, her sentiments are highlighted by pride, “When you go out in the cold and snow and it’s minus-50 with the wind chill, you go out there and you battle through it but you’re proud of your ability to do that and I think that’s a part of who we are as Canadians.”

The truth is, winter is demanding. It has an abrasiveness that requires us to bear down and bite a lip, once in a while. Canadians are tough people. Canada has tough athletes. It’s why we can stand among the best in the world and once in a while, win.

The feature Crossroads debuted during CBC’s broadcast of the NHL Winter Classic on New Year’s Day. All other films and docs are available at www.olympic.ca/wearewinter or see behind-the-scenes during the making of #WeAreWinter.

Show us that #WeAreWinter and you could win a trip for two to Mont Tremblant and other weekly prizes!