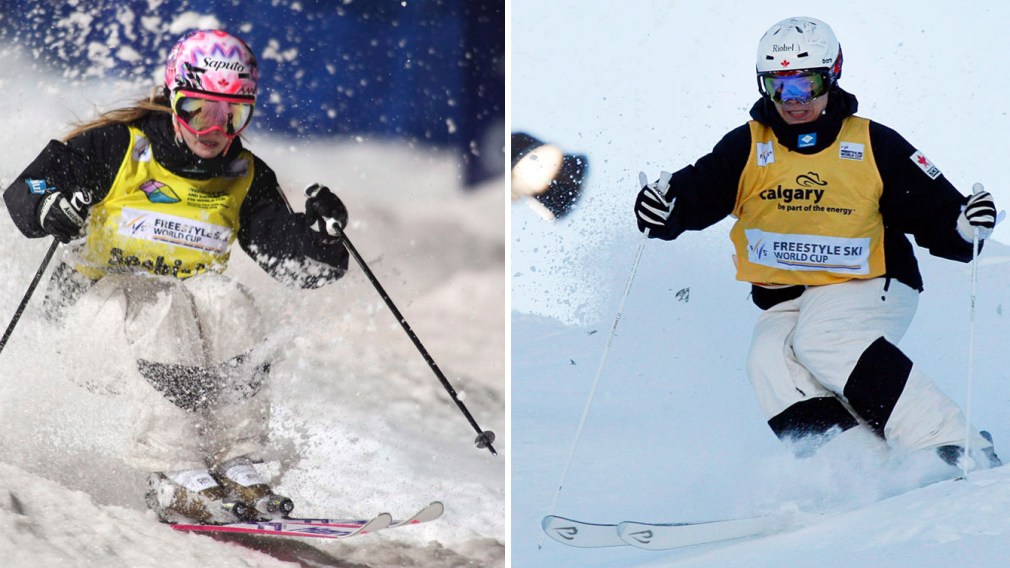 Canada racked up four medals and six top-five spots in World Cup moguls at Canada Olympic Park in Calgary on Saturday, sending two to the top step of the podium for gold in each of the men’s and women’s fields.

Canadians took the top two steps of the podium in the men’s event, with Mikaël Kingsbury striking gold and Alex Bilodeau coming in second. This was a repeat performance for the Canadian duo, who finished in this order at the previous World Cup in Ruka, Finland in mid-December.

Did it again in Calgary! Back to back Win :D grosse victoire à Calgary !!!!

Bilodeau is the reigning Olympic champion, and Kingsbury – the current moguls World Champion – has only missed the podium four times in his last 34 World Cup events. They provide Canada with a massive one-two punch for Sochi.

Justine Dufour-Lapointe reversed the result in Ruka, where American Hannah Kearney beat her in their previous meeting. This time the Canadian came out on top.  Their showdown in Sochi will be highly anticipated.

Double gold, four moguls medals for Canada in Calgary
Team Canada and Hudson’s Bay unveil Tokyo 2020 uniform kit
Wearing the maple leaf: Team Canada through the decades
What is the difference between racquetball and squash?
Brandon McBride: Keeping His Head on a Swivel
Shuttlecock and balls: The fastest moving objects in sport