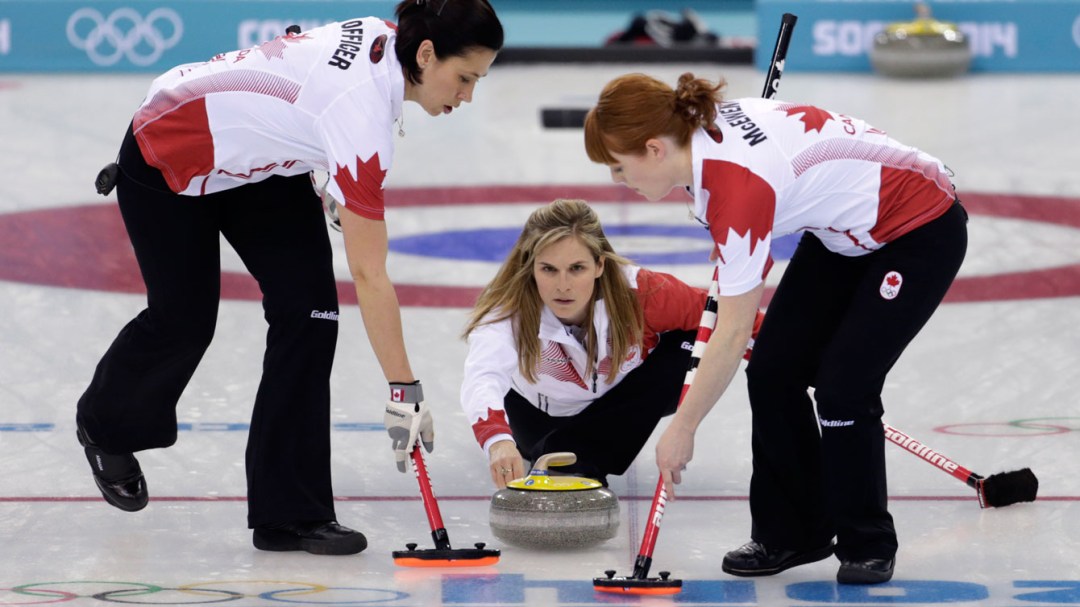 Flattery aside, they truly have the record to prove it.

Team Jennifer Jones improved its standing to 5-0 in the women’s Olympic curling tournament on Thursday in Sochi, ending the evening session with an 8-5 win over Switzerland.

Understated as ever, Jones said on Thursday “we have a lot of games left though so we still need a couple more (wins) to find ourselves in the playoffs, but we’re pretty happy with where we are now.”

In the morning session, Team Jones beat Denmark 8-5 but the Canadian skip wasn’t pleased, saying the team fared better against the Swiss.

“That’s what you always want to do; you want to keep getting better.”

The team will have Friday off but remain in demand with engagements at Canada Olympic House and media interviews, though they hope to steal some time away for loved ones.

“We’re going to spend some time with our families and get sharp and rested and ready to go for the rest of our time.”

Meanwhile on the men’s side, skip Brad Jacobs has asked for more intensity from his team. They improved their record to 3-2 after two straight wins, latest against Denmark 7-6.

Jacobs feels his team can do much more and he makes his intentions for the remainder of the men’s tournament clear.

On Friday, the men will have a chance to make those shots and extend their winning streak against 3-1 Norway. All photos via The Canadian Press