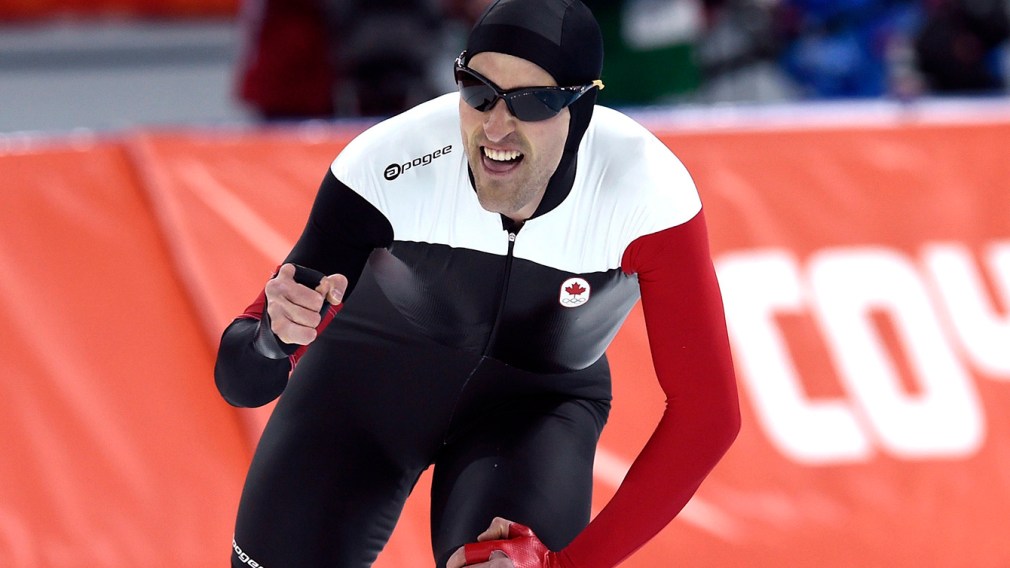 Canada’s Denny Morrison has added a bronze to create a Sochi medal collection, after winning 1000m silver earlier in the week.

In the 15th pair, Morrison attacked his race to take a very clear lead over the first two laps. He finished with a time of 1:45.22, a result he was happy with, “It’s the first time I’ve been satisfied with my 1500m result at an Olympics ever,” said Morrison. His time stuck until pair 17 when Poland’s Zbigniew Brodka went 1:45.00 to step into the gold medal spot. In a dramatic ending, Netherlands skater Koen Verweij also clocked 1:45.00, in the final pair, but was bettered by 3 1/1000ths by Brodka when the times were reviewed.

This is the fourth Olympic medal of his career, (1 gold, 2 silver, 1 bronze), tying him with Gaétan Boucher as the most-decorated Canadian male long track speed skater. “It’s like a dream, I really don’t believe it’s actually happening right now,” commented Morrison after the race.

A successful week could have been much different. Before the men’s 1000m teammate Gilmore Junio chose to give up his spot, allowing Morrison the opportunity to skate for a medal. In early January at Canadian speed skating trials, the 28-year-old was challenged to make the team in the 1500m. “I’ve got a silver and a bronze here in Sochi when I wasn’t sure if I was even going to qualify,” Morrison says. The next event for Morrison will be the team pursuit, taking place over February 21st and 22nd.