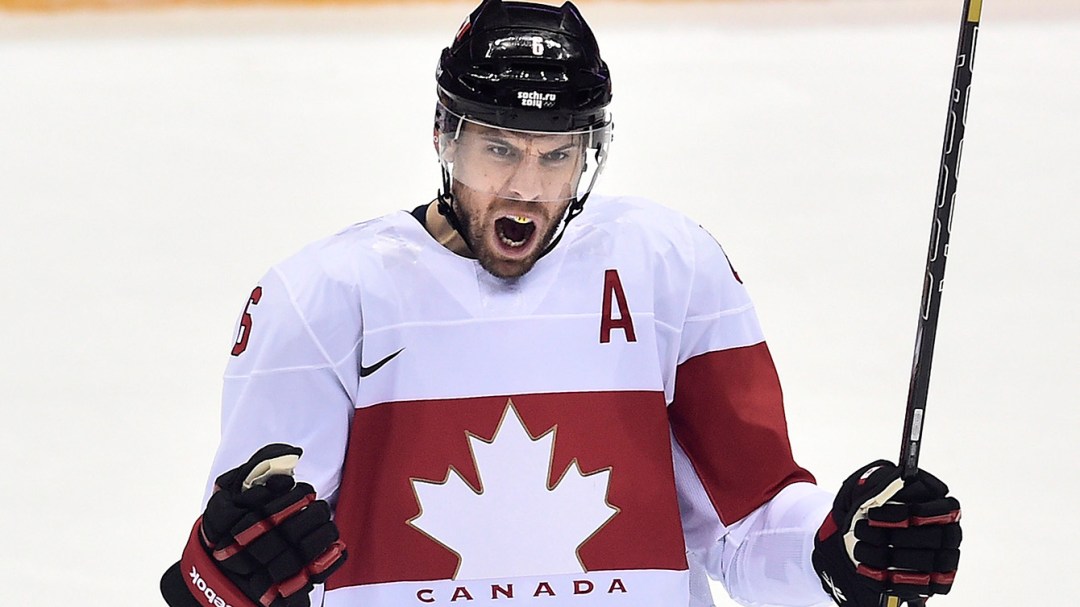 How Ted Nolan’s Latvians took Canada to the brink

It is both peculiar and familiar the way that Ted Nolan again becomes a relevant coach to the Canadian hockey fan.

After two years in charge of the Latvians, Nolan’s son Jordan has actually been the family member doing the most in the North American game.

Yet on Thursday night, there was Ted, coaching a team with a goaltender saving puck after puck. Dominik Hasek must have been getting flashbacks.
In just under 59 minutes on the ice, Latvian goalie Kristers Gudlevskis took 57 Canadian shots, saved all but two and if not for a well-placed Shea Weber slapper, might well have been the hero of an upset. The Latvians hardly saw losing as being part of their plan, “You expect every game to win, if you go to the game with the thinking you’re going to lose, it’s going to be hard for you,” said Gudlevskis. His English is simple, but he chooses his words carefully. Earlier Oskars Bartulis gave the same response. All the way down the line-up they believed a win was possible.

While Jordan Nolan was winning a Stanley Cup, his Dad was teaching, how to win. Yesterday after the win over the Swiss, Kaspars Daugavins told reporters, “We never had a coach that actually believed in the players. I’ve been in a lot of world championships and an Olympics before, and we never had the feeling that we could actually win something.”

There was belief and confidence. After Patrick Sharp finally broke the silence for Canada, Lauris Darzins broke in on Carey Price and scored with a classic. Fake slapper, pull to the backhand and shelf. After this, the Latvians didn’t go away. They just dug in. It disorganized Canada. They were also physical, Tavares was injured during the game.

It was a supreme effort. Afterwards, they all mention their coach. They all mention each other. Ted Nolan calls this gig the best opportunity of his coaching career. He’s affectionate towards the country, and his players, “I have the same feeling as they do,” he says, when asked about their respect.

While Latvia can entertain sentiment tonight, Canada must go back to work to prepare for a game against the Americans. Babcock points out the US team’s ease with scoring, and Canada’s apparent challenges. Tonight’s game winner was again off the stick of a defenceman. That makes seven of 13 goals from blue-liners. For the US, Phil Kessel has eight points, twice the production of Canada’s two leading forwards, either Marleau or Carter. Canada has a day’s grace before Friday’s semi. “The Olympic Games isn’t supposed to be easy, they don’t just give the medals out, you earn the medals. We’d like to put ourselves in a situation to compete for one we have another day to prepare more,” says Babcock. He talks process and improvement again. But whether Canada is getting better quickly enough is another question. Tonight they won, but by a small margin against a team wanting for talent. Babcock said he would have preferred a big margin of victory, but calls the one-goal game the best thing for his squad.

For all the talk of the job Ted Nolan did with his Latvians, the game is measured in wins. And so far, Canada has four. It earns them a re-match with the USA, in a tournament with the host nation eliminated and two semis with geographic neighbours.

Toews was there in Vancouver for the last battle, he’ll be there again on Friday, “It’s almost inevitable to have to go through the US on the way to a gold medal, so here’s our chance,” he says. 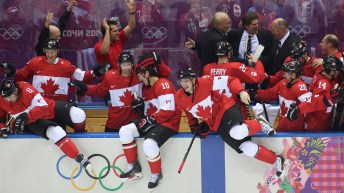 The Sochi plan and the hockey team that won with it 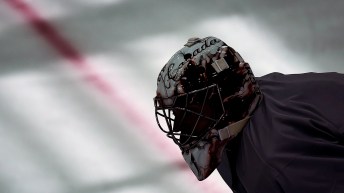 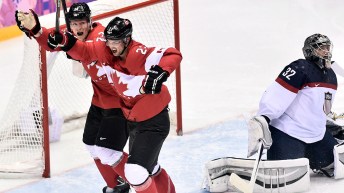