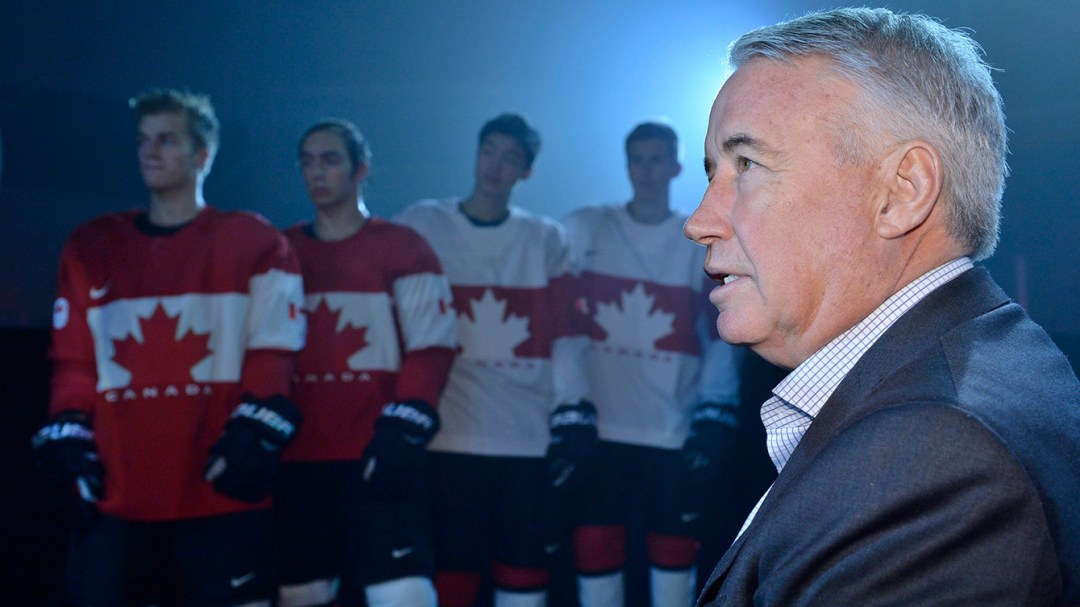 In Bob Nicholson’s 16 years leading Hockey Canada, the organization had a lot of success.

It wasn’t all perfect. Canada’s Olympic men finished seventh in Turin. And the men’s sledge team won medals at five of six World Championships since 2000, but only two medals over four Paralympic Games during that time.

Nicholson is recognized for being a strong hockey educator first. It was while working at Oak Bay Rec Centre in Victoria that he developed what would become a novice hockey structure for years to come, eventually adopted at the national level. He has managed well, Hockey Canada reports it is financially strong, and Nicholson comments often about having great people on board.

Successful leaders often have the type of experiences others can learn from. Near the end of his tenure, here are a few from the President and CEO of Hockey Canada, Bob Nicholson:

PUT GOOD PEOPLE AROUND YOU Leading up to the 2010 Olympic Winter Games Nicholson had to choose a men’s team staff to take on the daunting task of winning on home soil. Steve Yzerman ended up leading the way, and Mike Babcock served as head coach of a winning team. In 2014, almost the same staff congregated and they did it again.

“Our last Olympics was a perfect example with people like Steve Yzerman and Mike Babcock, every staff person was involved in so many areas that’s how you put a great group together and that’s how you have fun and also win.”

DON’T BE AFRAID TO CHANGE YOUR MIND Bob Nicholson was almost convinced he didn’t want Yzerman to lead the charge in 2014. “I wasn’t sure if the energy level would be the same,” says Nicholson. But after meeting with the Lightning GM, things changed.

“The first time I met Steve Yzerman he changed my mind. He was so passionate, he thought that he could do a lot better job than he did in Vancouver. He gave me the reasons why and he really wanted the challenge to try and go compete in Russia. That’s where it started.” When Nicholson took over in 1998, Hockey Canada wasn’t in a great financial position. One of his first jobs was changing that. The result was a bold plan, including cultivating interest in Canada’s junior and World Championships players. Nicholson recalls, “it started with developing our TV deal with TSN, and that’s really, really helped us. We’ve change financially.” But it also meant finding new friends.

“We were not in very good financial shape. We had to really look at putting together a good business plan and not rely on government. We had to sit around and wait for government to give us our dollars. We really developed an overall strategy for sponsorship. I think the other key is we really reached out to more stakeholders at the International Ice Hockey Federation, the NHL, Canadian Hockey League and all of our branches and then really put together a comprehensive program for hockey in the country and around the world.”

EVEN WHEN IT’S HARD, TRY TO FIND BALANCE Overseeing so many programs for one of Canada’s most busy sports is an all-day all-night type gig. But Nicholson managed to approach it positively, and, often arrived at events noticeably smiling despite what must have been enormous pressure in some cases.

“You have to have a really supportive family. At times you get so engulfed in it you lose connection with friends. That’s got to be important because there has to be some balance in your life. You have to carve out your own personal time. I’m not real good at that, (laughs). In today’s world you can go 24/7 and still have lots to do, so you have to realize that.”

USE OTHERS TO BRING CHANGE Back when he worked for the BC Amateur Hockey Association in the late-70s, Nicholson had to teach, sell and sometimes argue for his kids hockey ideas with coaches and administrators across the province. Two years after introduction, they were adopted nationally.

“There’s always resistance in hockey in our country no matter what. That’s why you make sure to get some of the most knowledgeable people in hockey around you on those type of ideas. If you have good people selling quality programs it doesn’t take too long until people want to become part of it. It was a lot of work by a lot of people and making sure that you buy a lot of people into it.”

“Our best resource in this country is our people. Never be afraid to reach out and see if they’ll help you.”