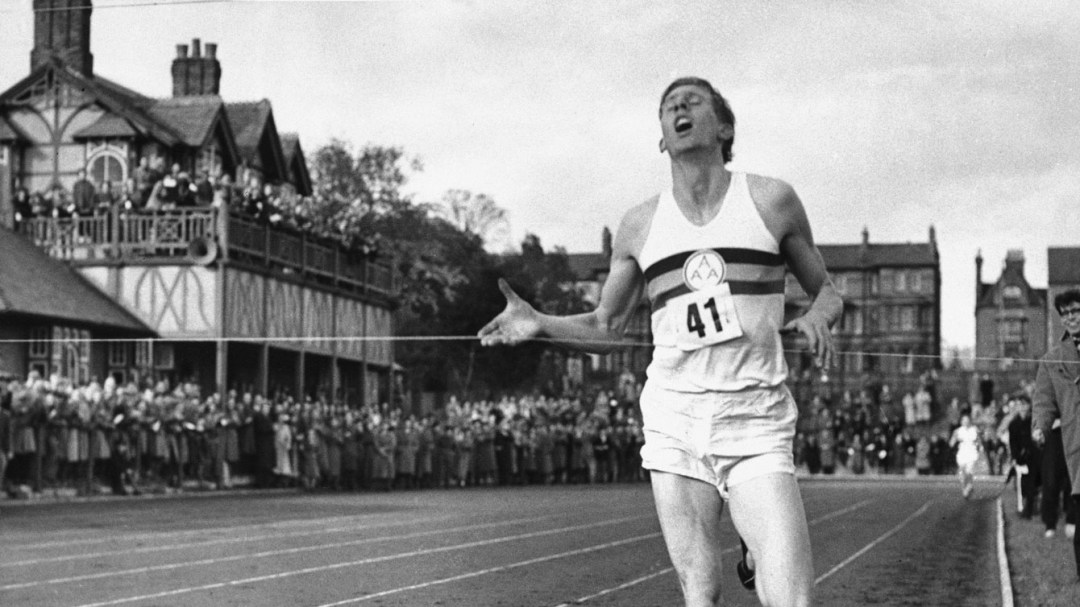 On May 6, 1954 at Oxford University’s Iffley Road Track, Bannister became the first man in recorded history to break what many thought was an impossible barrier, clocking the mile at 3:59.4. Two months later, Bannister competed in one of the most exciting races ever to take place on Canadian soil, beating Australian John Landy in the 1954 Commonwealth Games in Vancouver. Both men ran a sub-four minute mile, Landy’s 3:59.6 bested by Bannister’s 3:58.8 at Empire Stadium. Bannister & Landy leg out the ‘mile of the century’ in Vancouver (photo: The Canadian Press)

Bannister captured the world’s imagination by doing the seemingly impossible partly because there was a certain level of competition that pushed him past the limits. Swedish runners Gunder Hägg and Arne Andersson were flirting with the four-minute mark and Landy broke Bannister’s record just 46 days later. This is often the case in athletics and there are three other events that could see new benchmarks set in coming months and years.

Wilson Kipsang holds the men’s world record. The Kenyan ran a time of two hours, three minutes and 23 seconds (2:03:23) at the Berlin Marathon in 2013. In September, all eyes will be on the German capital as the last five world’s best marathon marks have been set there since 2003. Wilson Kipsang enjoys a well-earned beverage after breaking the marathon world record in 2013.

The current obsession for world’s top marathoners is a sub-two hour time and the list of candidates is long; it is the latest impossible dream in athletics and it’s simply a matter of time before someone breaks the barrier.

If competition is a catalyst to reach new heights, the men’s high jump could yield some spectacular results in coming years, with a potential clash of titans set to take place at Rio 2016. Javier Sotomayor’s world record jump of 2.45 metres has stood since 1993, but at least four candidates are chasing the standard. Ukraine’s Bohdan Bondarenko (2.41), Mutaz Essa Barshim of Qatar (2.40) and Russia’s Olympic champion Ivan Ukhov (2.42 – indoors) are all in the mix. Most recently, a Canadian has entered the dialogue. Olympic bronze medallist Derek Drouin (in above photo), just 24, is the latest to join the 2.40 metres club. It is often argued that 800 m is the most difficult discipline in athletics, combining endurance and speed to an uncomfortable and gruelling degree. That’s what makes Rudisha fascinating. When healthy, the Kenyan is peerless in this discipline, a runner who is motivated not necessarily by competition but by his own personal limits. If any man can break the 1:40 mark in the half-mile, Rudisha is the top – and only realistic – candidate at present time.