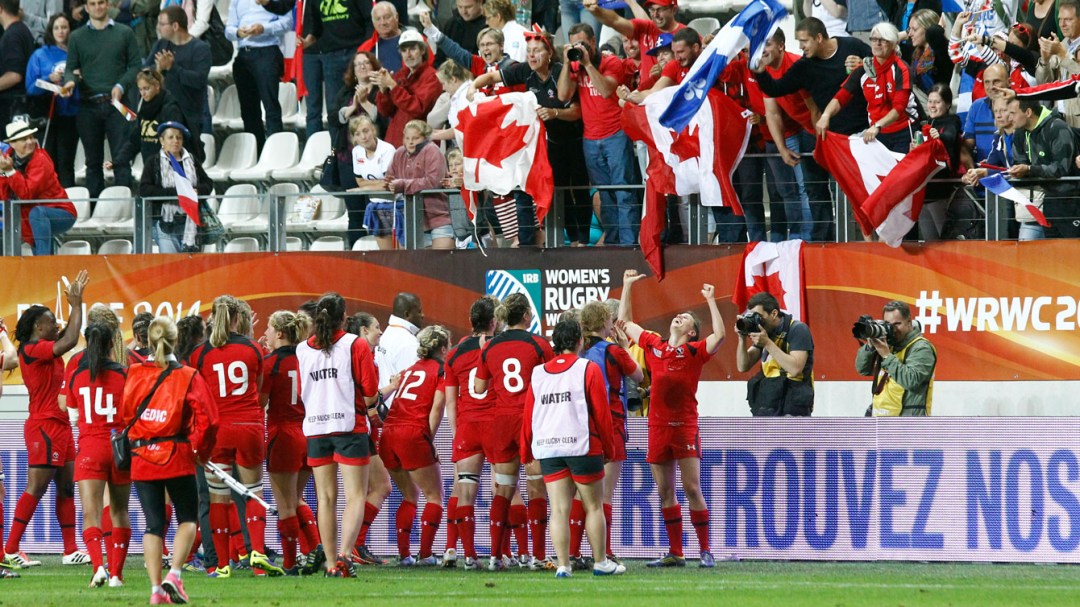 A sensational start to the second half helped Canada make Women’s Rugby World Cup history, beating France 18-16 in the semifinals, securing its first-ever final berth – a dream date against England on Sunday.

Canada has finished fourth three times at the World Cup. By virtue of its semifinal victory, it has guaranteed its best ever finish ahead of the final. The World Cup decider is currently scheduled to air on TSN 2 at 12:30 p.m. ET on Sunday, August 17.

Prior to conceding two tries to Canada in the second half, France had yet to give up one in the entire World Cup.

The stingy French defence kept Canada from creating much momentum in the early going. Capitalizing on an error, France took a 3-0 lead through Sandrine Agricole making the most of a penalty.

The powerful Canadian scrum, that surprised England in the round robin stage, began to assert itself halfway through the opening period as the visitors’ physical pressure led to a shift in momentum.

After a yellow card to France’s Caroline Ladagnous, Canada had a chance to gain advantage up a player for 10 minutes. Magali Harvey converted the resulting penalty from Ladagnous’ infraction leveling the match 3-3.

Despite being down a player France pressed on and Agricole kicked her second penalty of the match to put the French ahead 6-3.

Toward the end of first half Canada lost scrumhalf Stephanie Bernier to a knee injury. Bernier needed to be carted off the pitch and throughout the rest of the match substitutes consoled the injured player who was carried back to the dugout to witness the historic triumph.

Shortly after Bernier’s unfortunate exit, a penalty was assessed to Ladagnous for a hit on Harvey. The Canadian calmly stepped up from 34 metres and tied the match 6-6 at intermission.

Whatever points Canada left on the table in the first half during Ladagnous’ temporary ouster, they quickly made amends in the second.

A French breakdown created a giant opening for Elissa Alarie who sprinted through acres of space for the first try of the match and against France at the World Cup.

Harvey missed the conversion but she more than made up for it shortly afterward running nearly the length of the field for another try, this time converting to give Canada an eye-popping 18-6 lead at the 47th minute that hushed the partisan crowd at Stade Jean-Bouin.

Feeling the pressure of being ousted at home, France made its presence felt over the next half hour, eventually resulting in a try for Safi N’Diaye though Agricole’s failed conversion kept Canada ahead 18-11.

France’s momentum increased when Mary Jane Kirby was sent to the sin bin forcing the Canadians to finish the match with 14 players.

N’Diaye again gave the French hope with a second try but Agricole’s kick let her down one more time, confirming the 18-16 final.

Earlier in the day England enjoyed a convincing 40-7 win over Ireland.

Canada and England both came out of Pool A – the only group to send two semifinalists. The sides played to a 13-13 draw, leaving both teams with unfinished business in what is a very fitting World Cup final. 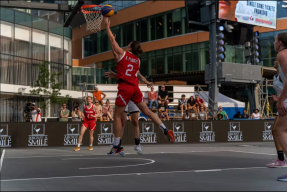