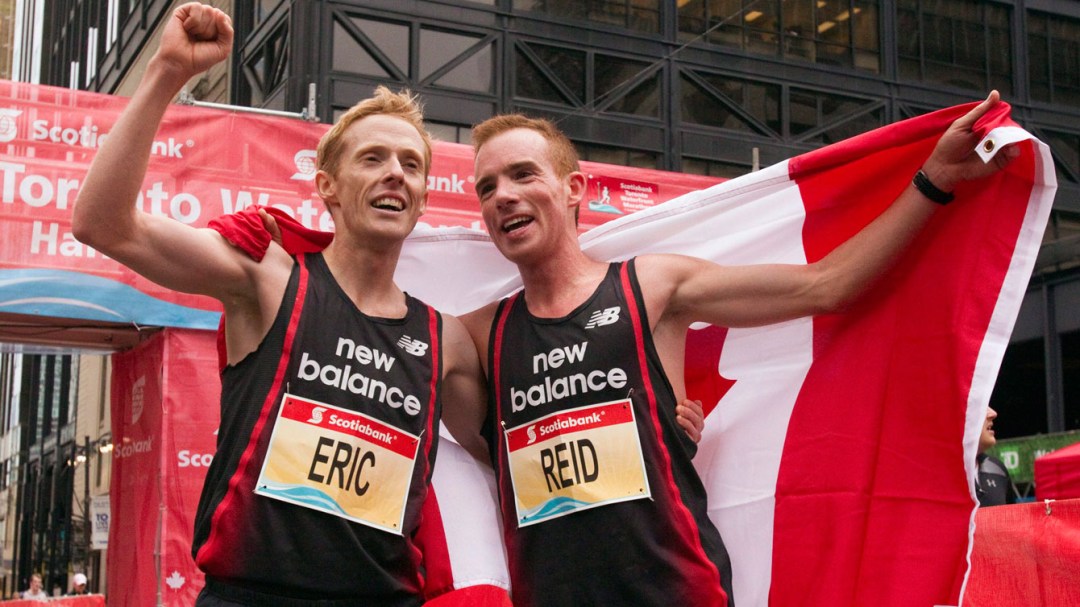 Lure of the marathon growing in Canada

The great Emil Zatopek said the above words. It likely wasn’t Zatopek’s intention to disparage sprinters, for whom I have the deepest respect, and it shouldn’t be taken that way. There is something to the beginning part of this famous statement. Marathon runners are different.

Depending on a runner’s goal, competing in the marathon can be frustrating, grueling and very painful. Yet, for whatever reason, perfectly sane people keep going back to it. 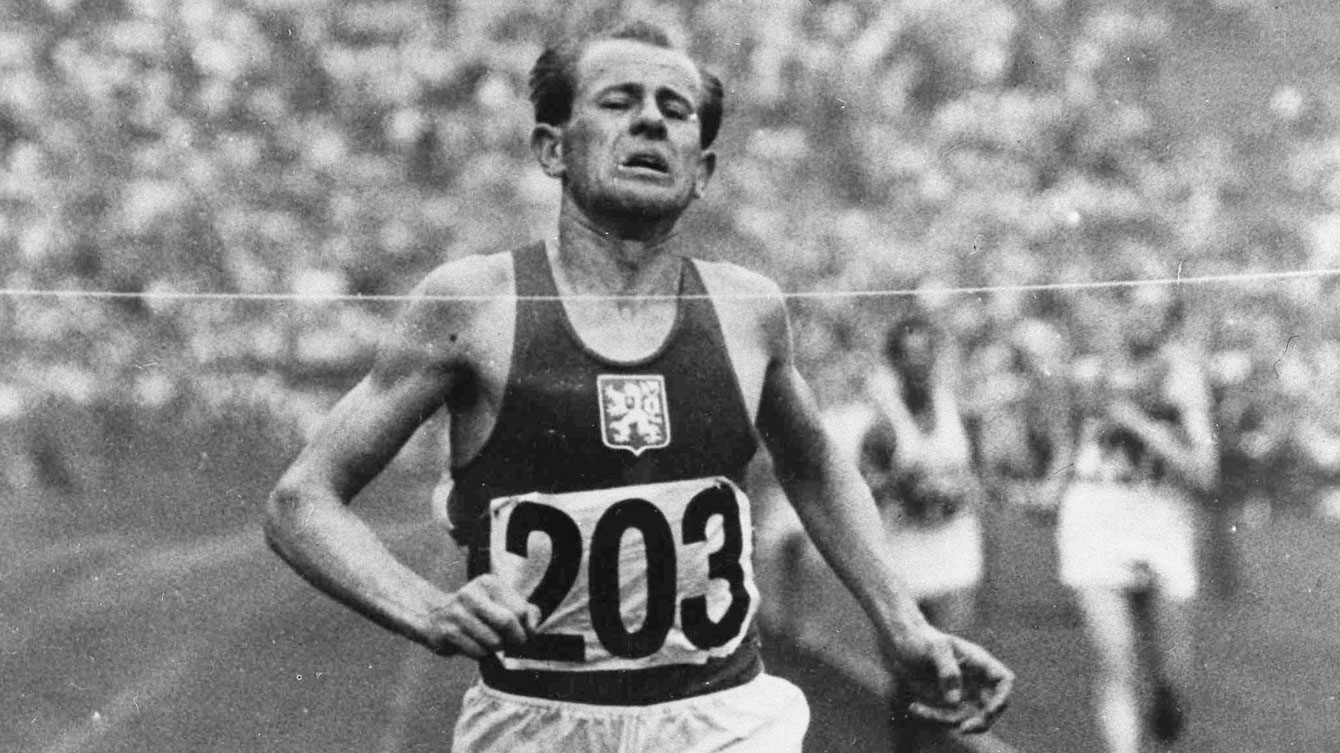 I’ve only run three marathons and I think I hate it. My best time is a modest 2:56:54 over the 42.195 km route at the Toronto Waterfront Marathon in 2013. After bettering my previous mark by 17 minutes I had a trip to the hospital, albeit for physical reasons (I think a mental institution might’ve been more apt). What was I thinking pushing myself trying to achieve a so-called respectable time? I’m convinced the elite marathoners, the ones who flirt around the 2:10 to 2:15 mark regularly, are superhuman.

As 26,000 participants – 5,200 of them in the full marathon – descend upon the streets of Canada’s largest city again on Sunday October 19, I’m still baffled why anyone makes this body and mind-destroying journey.

So I asked two of Canada’s top marathon runners, Olympians Reid Coolsaet and Eric Gillis over an email exchange, why are they so attracted to this monster?

“The challenge and unknown of the marathon lured me to the distance,” Coolsaet wrote. “It’s hard to predict who will excel at the marathon and that makes it really interesting.”

Gillis saw it as a natural extension of his training. “I was strong in long tempo sessions,” he said, “felt like the right move to step up to the marathon.”

The rise of elite Canadian distance runners coincides with an uptick in road race participation in Canada. Although no readily available official data exists, breaking down participation numbers in ever-growing popular races paints a positive picture.

The Ottawa Race Weekend, with the marathon and a 10k as its illustrious attractions, courted more than 47,000 runners in six events. About 35,000 took part in Montreal racing events at the end of September. Out west, major marathon-related events in Vancouver and Calgary are reported to have attracted 15,000 or more participants, which included Winter Olympians. 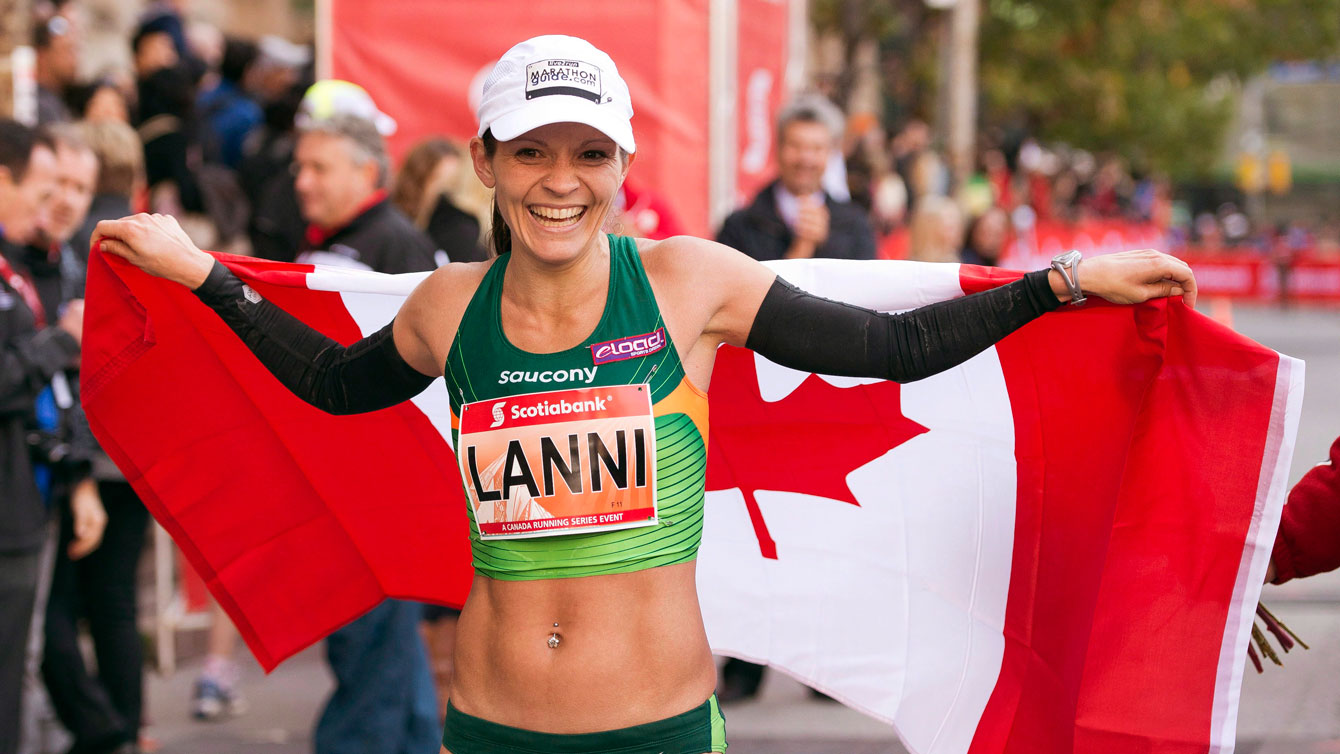 Lanni Marchant set the Canadian women’s record of 2:27:59 at the Toronto Waterfront in 2013. The race uses the hashtag #STWM on social media and 3,000 volunteers aid in its execution.

There is something pulling more athletes to the roads to run longer distances.

Coolsaet says he was surprised when he “came within six seconds of the Olympic 5,000 metres standard” in 2004. That spurred him on to train for world-class competition. This type of self-discovery is common among runners, happening often as they move up in distance. Some, with a lot of hard work, end up in the Olympics.

“The Olympic marathon had been a goal of mine for years and it was amazing to realize (it),” Coolsaet said. Both he and Gillis hope to return for Rio 2016.

“To qualify, and then train for London with a friend and training partner (Coolsaet) was a career highlight,” said Gillis. His goal now is “to be in Rio, improve on the 22nd place finish in London.”

“I’m happy with my training and racing in 2014 and looking forward to the next couple of years.”

Coolsaet also hopes to eclipse London saying “I had hoped and planned to race better than I did in 2012 and that frustration motivates me to this day.”

“In the fall of 2013 I had my best marathon training block to date and I feel I can replicate that again in the future.”

Coolsaet is currently recovering from a very painful injury. 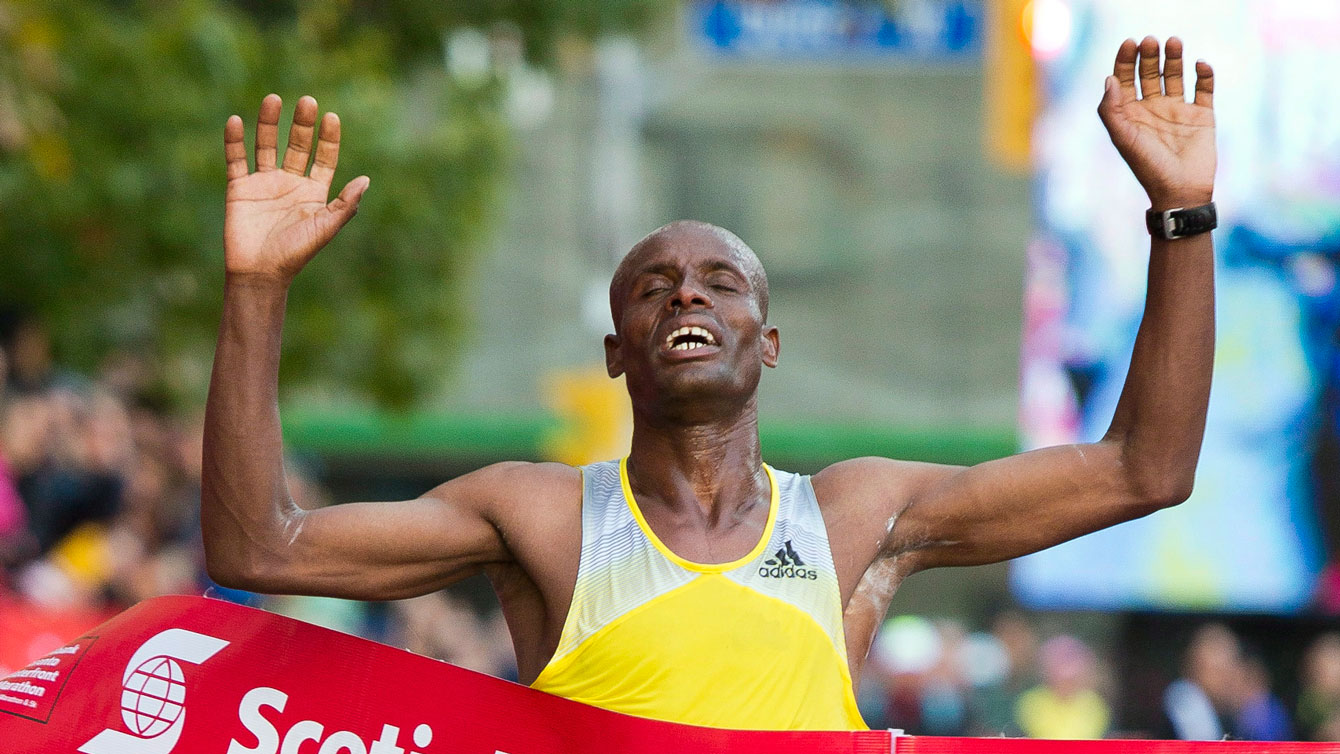 Deressa Chimsa of Ethiopia ran the fastest-ever marathon time on Canadian soil in 2013 with a time of 2:07:04. Participation in the marathon is up 11% this year at the Toronto Waterfront according to race director Alan Brookes.

As more Canadians step up to the start line at various road races in their communities, the marathon will continue to have a magnetic draw. Some will set seemingly impossible goals, like an outlandish time or an ultimate Olympic experience, others will simply want to finish the slog in one piece. Whatever the motivation may be, our Olympians have some advice for serious pacers.

“Get a personal coach, preferably one with good experience coaching marathoners. Be in it for the long run,” Gillis opined with a playful pun. Coolsaet stressed staying determined.

“Not everyone has immediate success with the marathon, sometimes it takes a few build-ups and races to figure it out.  To sum it up; train smart and be patient.”

That long-held Canadian standard will eventually fall. Meanwhile the marathon world is pacing ahead and already wondering who will be the first man to run the race in under two hours?

It’s mind-boggling to recreation-level runners who have trudged through a marathon anywhere near the three-hour mark that this conversation is even taking place.

The world record was broken this year by Dennis Kimetto of Kenya. He shaved it down to a 2:02:57 in Berlin (now the site of the seven fastest marathons in history). Runner’s World recently reported the global benchmark has decreased by three minutes and 53 seconds, with nine men breaking the world record since 1998 motivated by factors including increases in prize money inviting greater competition.

Coolsaet says “another 20-25 years” before the two hour mark is broken because “as the world record gets faster, it will get harder.”

Video below: Dennis Kimetto becomes first person to go under 2:03 in the marathon.

Whether you agree with Coolsaet, Gillis or other opinions that are abundant – with glorious scientific reasoning – in the running world, Canada is set to host another fast-paced marathon on its soil in Toronto on Sunday. National and race records fell there in 2013 and the field, including Gillis, will once again be strong at this IAAF Silver Label Road Race continuing to gain an international reputation.

As for me, I’ll be taking part in the half-marathon this year to kick off a winter training plan for an early 2015 marathon. You see, as much as I hate this thing and the physical toll it takes, I can’t help but wanting to better my time, and as Zatopek would have it, to experience something, in essence, very different. 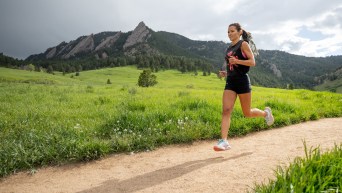 Dylan Wykes competed at his first Olympic Games in 2012 and finished 20th in the men’s marathon. Wykes qualified for…

Cameron Levins’ marathon debut was one to remember. In October 2018 at the Toronto Waterfront Marathon he broke the 43-year-old…