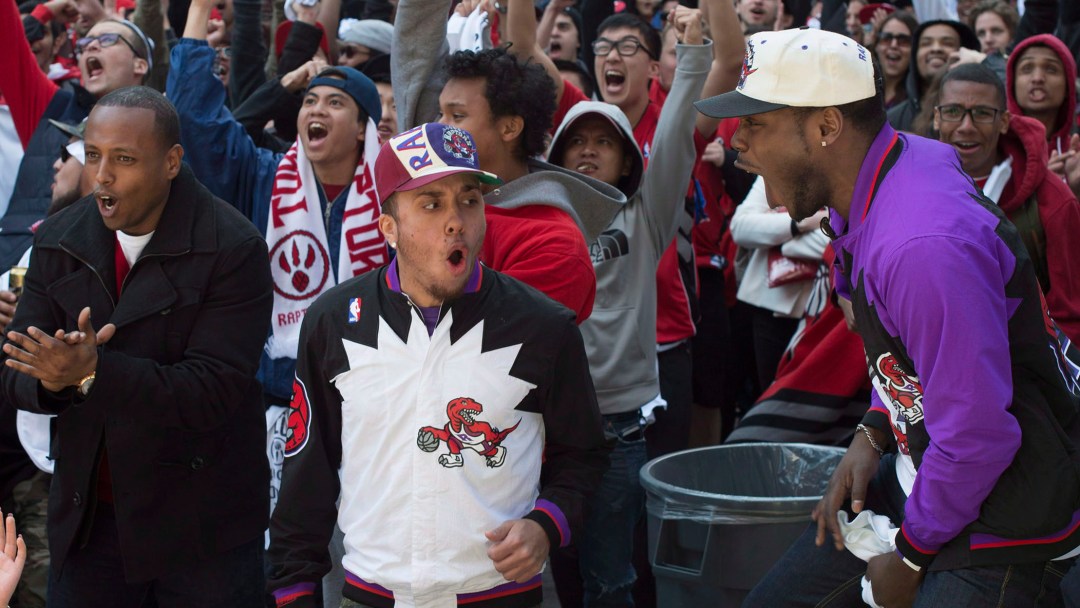 Dear Bandwagon Fan: you are the worst – signed, Big Fan

THE BACKSTORY: The pub has a bland darkness on a slow Tuesday with only a few pint-fuelled conversations echoing between empty tables.

The place is on the outskirts of a trendy Toronto neighbourhood and the only light afforded to the patrons comes from a giant projector screen displaying the local NBA team.

The team is on a run of two kinds: they’ve won four in a row and are also in the process of dismantling an 11-point deficit to the Orlando Magic. The chatter begins to quieten during plays, noises, even cheers start to match the rhythm on the hard court. Then, the Raptors’ Patrick Patterson drains a three-point shot to tie the game. The bar bandwagon fills up for the rest of the night. 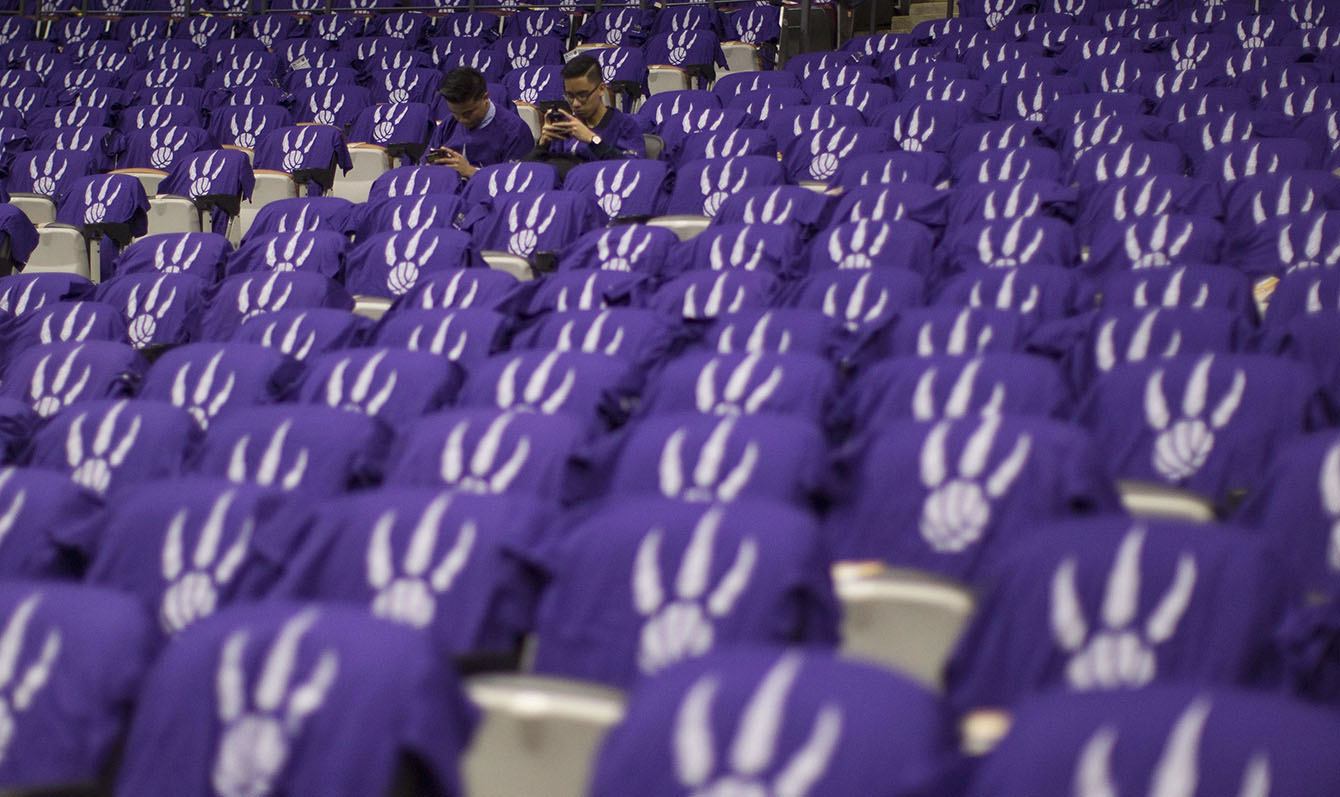 Two fans sit before the start of the Toronto Raptors 20th Anniversary night against the Washington Wizards, November 7, 2014.

Not everyone is impressed. A table of jersey-over-tees weekend warriors in their early-30s are glaring at the gleeful exchange students who have sat down in front of them, partially blocking the screen.

They must be thinking: bandwagon fans are so annoying.

Note: Bandwagon Fans be warned, some people are going to hate you but it’s not your fault. It’s just that your rapid ascension to flag-waving, over-cheering lunacy will make Big Fan uncomfortable:

…how little you’ve done over the years to deserve the enjoyment of a winning team. In sport there is a good understanding of entitlement: earning what’s yours, fans and athletes alike. Big Fan gets this. While they were sadly watching a failing team every night, you were out with your friends doing something way cooler.

And this is what bothers Big Fan the most…

…bandwagon fans are a reminder that some people just have more interesting lives. Or other teams to cheer for. There are plenty of fun options for a Saturday night in most Canadian cities, no sense pretending your top scorer is going to out-pace the league average by 200% shouldering the team to a championship. Nahhh, just go to a concert instead. 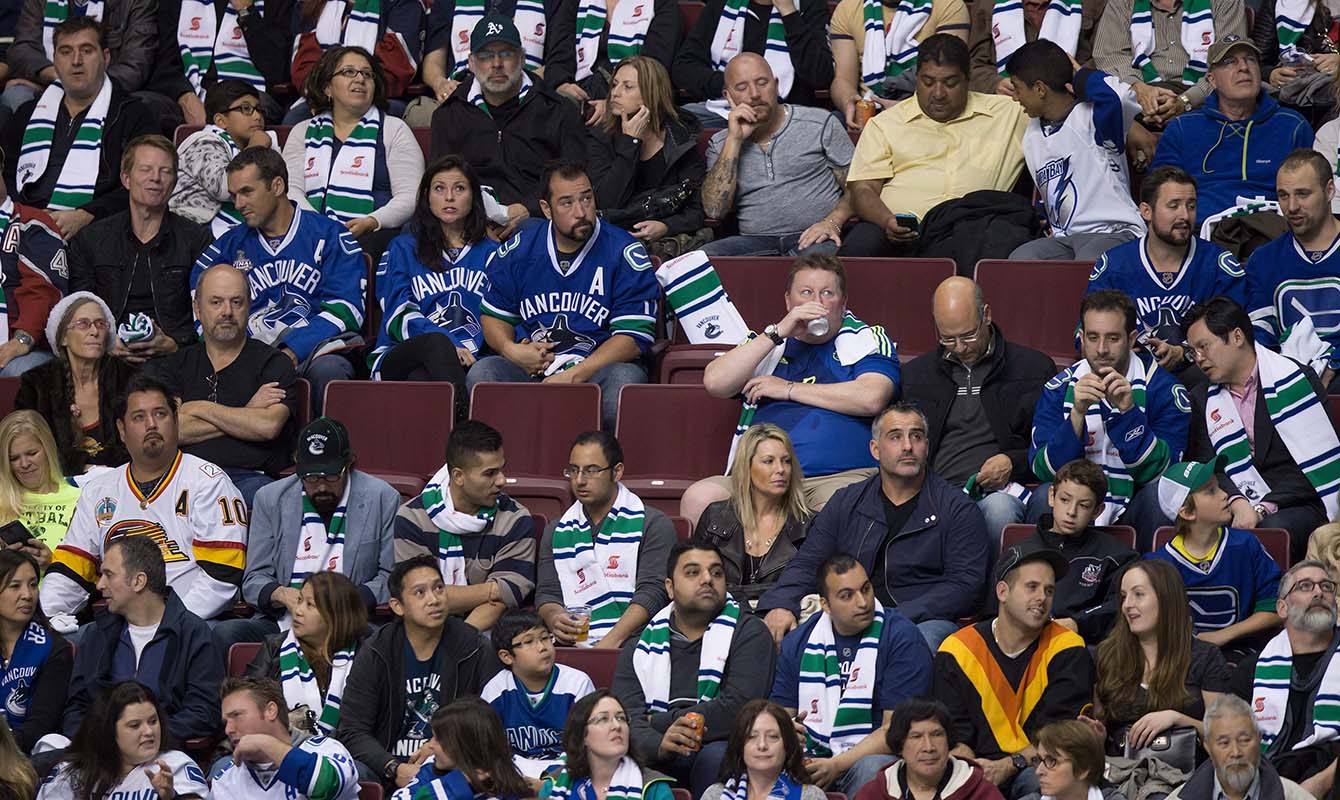 After a streak of 474 consecutive sell-outs, the Vancouver Canucks played to a less-than-capacity crowd in the first month of this season.

Ok, you have to give Big Fan one thing…

…they are loyal people. Someone who doesn’t give up on a team regardless of the circumstance is admirable. Plus, it can’t be easy. Ask Edmonton Oilers fans. Think of the on-going discomfort from rocking an Oilers jersey in public, the shame could be devastating. Ok, not everyone endures it: 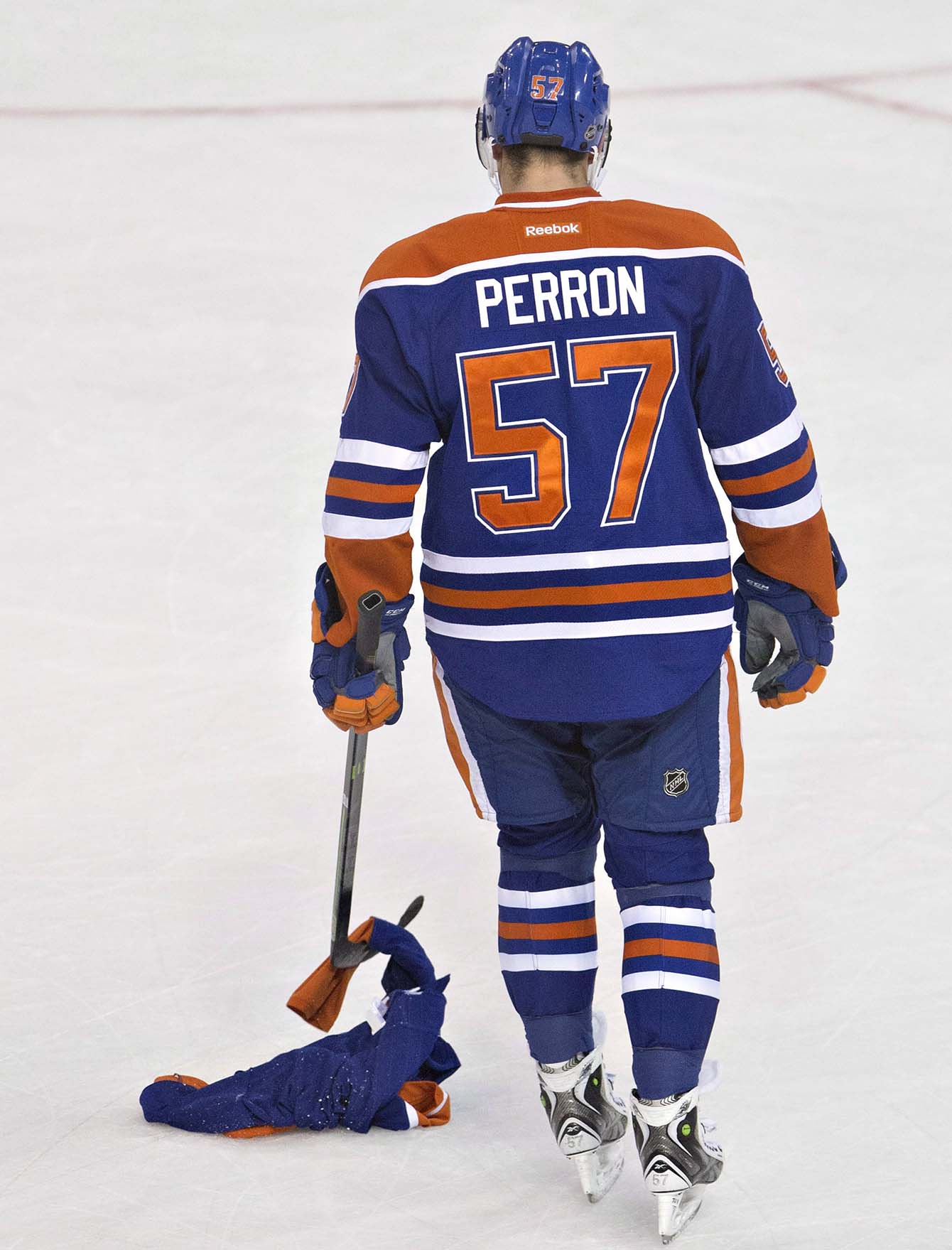 Edmonton Oilers’ David Perron picks up a jersey tossed onto the ice at a game earlier this season.

Oh, here’s the other thing about jerseys…

…Big Fan is jealous of your bandwagon threads. It’s just…well, you have a better jersey. You’re wearing the one you got as a kid (the last time the team was good) and now it’s retro and super cool. Or you went and bought a brand new one, with the most trendy player name. Either way, Big Fan feels dumb in his dated third jersey with BBQ sauce on the crest.

But don’t be discouraged Bandwagon Fan…

…in fact, be bold. Sure, you’ll make everything harder for Big Fan. You’ll get court-side seats for a crucial playoff game and buy the program so you at least know names of the coaches you’re sitting beside. Big Fan will swear as she has to wait for a table behind you at her favourite sports bar and cringe when you write ‘Sidney’ as ‘Sydney’ (plus too many exclamation marks) in company-wide e-mails. 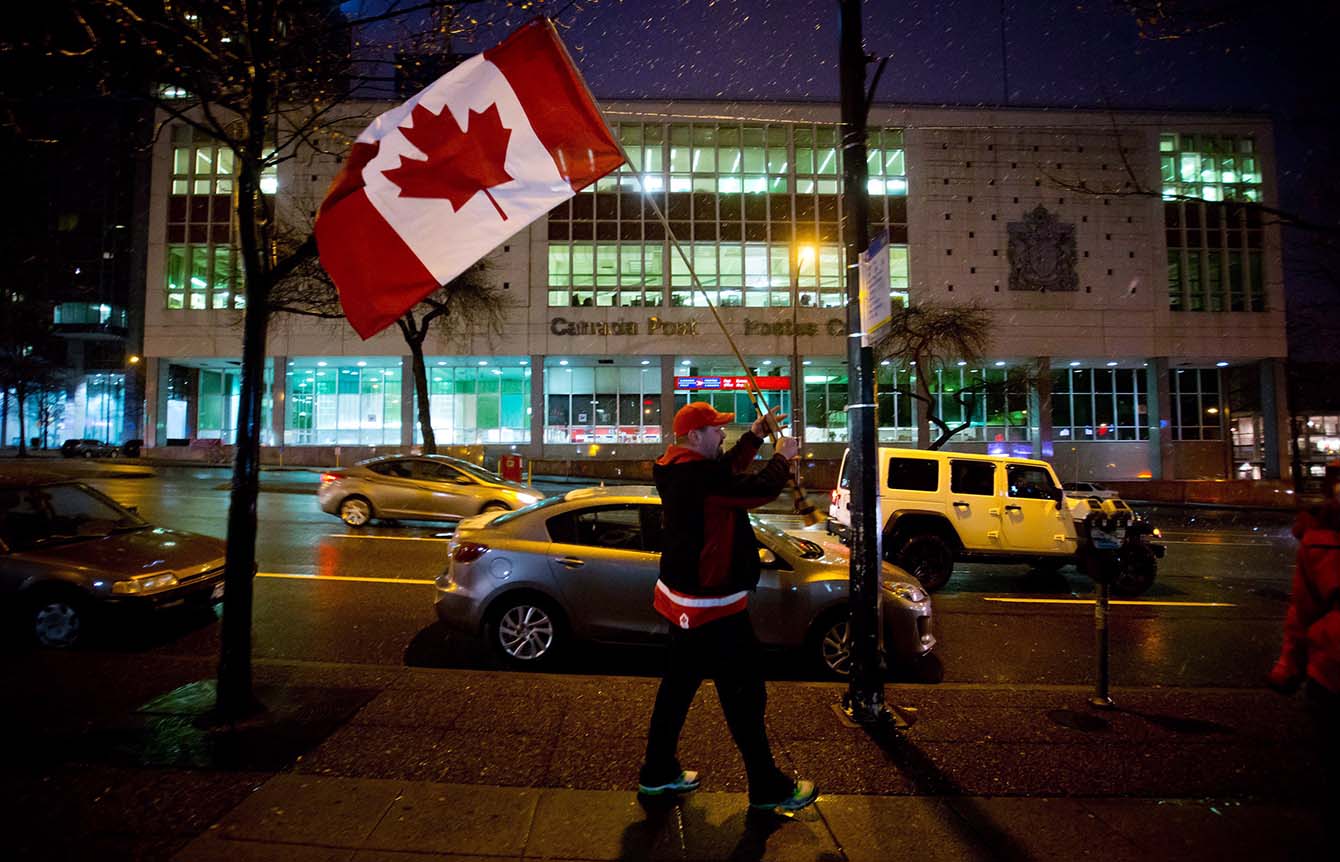 But who cares Bandwagon Fan…

…you make things better. You’re the people waving the Canadian flag in the streets during Olympic hockey games, (let’s face it, every Olympic Games we’re all kind of bandwagon fans). You’re the random dude Big Fan gives a sweaty high-five when the home team scores. And you agree loudly during in-game banter to distract Big Fan while you Google who the captain is.

Just don’t eat all the cheese off the nachos.