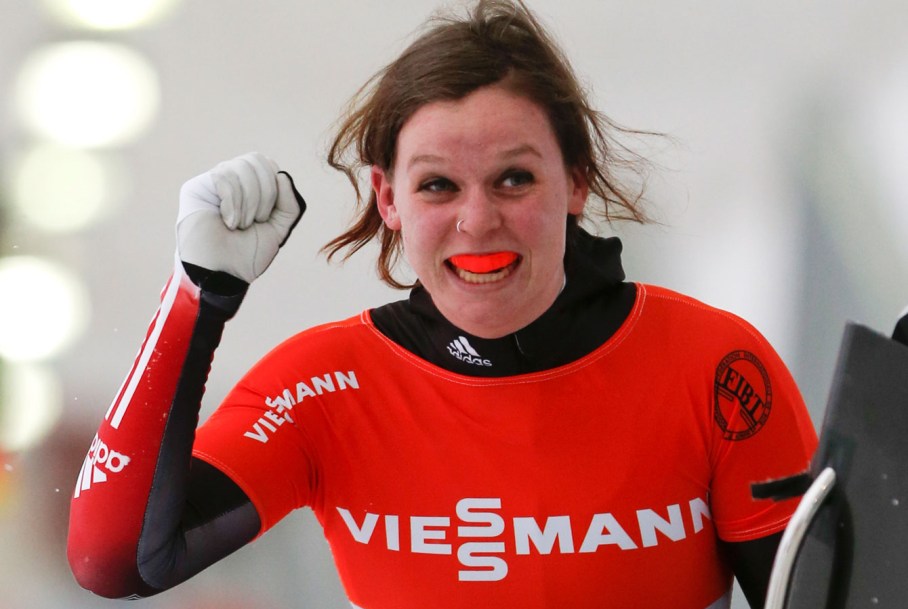 New on the World Cup scene, Elisabeth Vathje has made a tremendous first impression, winning skeleton gold in her first home race in Calgary on Friday.

More impressively, Vathje has now won two medals in as many races, the only two career World Cup events in which the 20-year old participated to date.

Last weekend in Lake Placid, New York, Vathje finished second to another “Liz,” Sochi 2014 skeleton champion Lizzy Arnold of Great Britain. That was Vathje’s World Cup debut, sliding her way to the podium behind an Olympic gold medallist. Not a bad start. 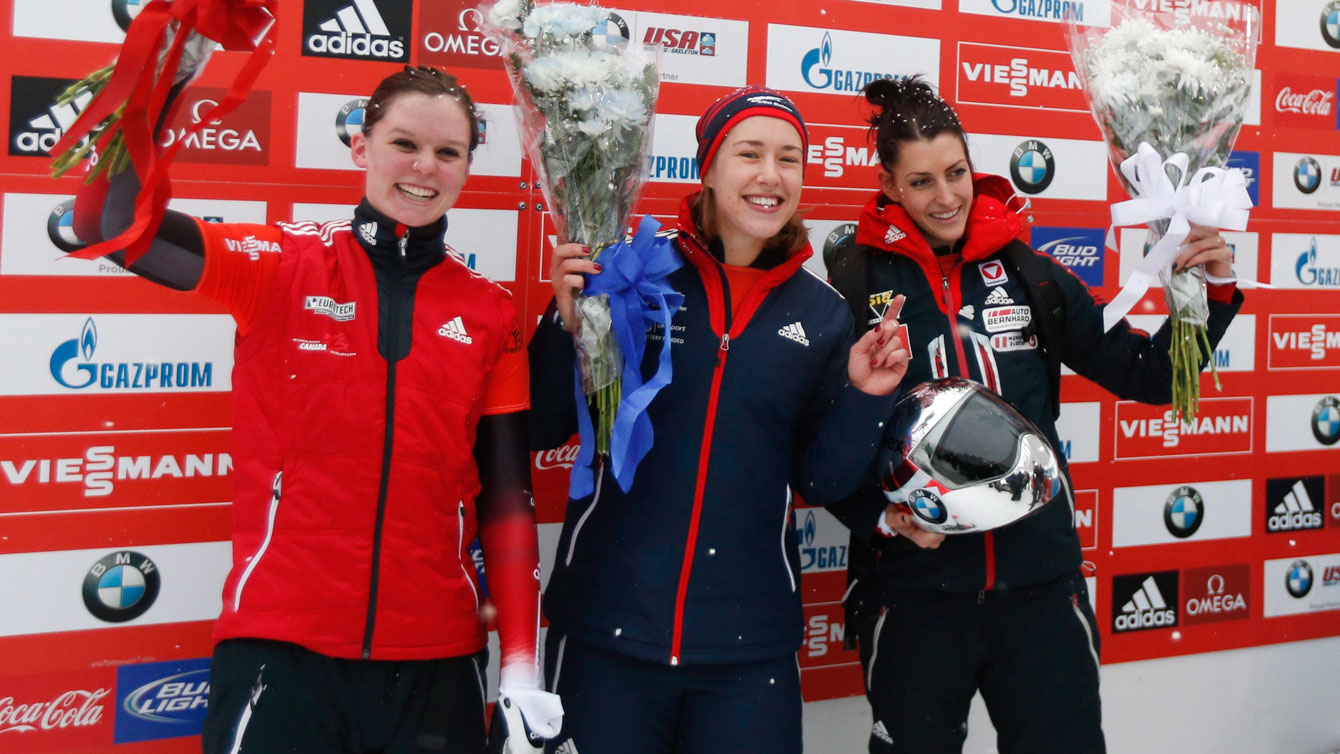 Elisabeth Vathje (left) on the podium at Lake Placid, NY.

Vathje’s first run was the fastest on the track and she repeated that feat on her second outing to end with a combined time of 1:55.31, 0.31 seconds ahead of British silver medallist Laura Deas. Germany’s Tina Hermann was third. 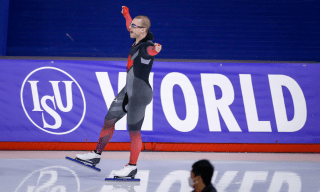 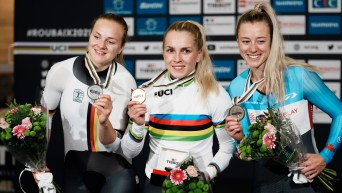