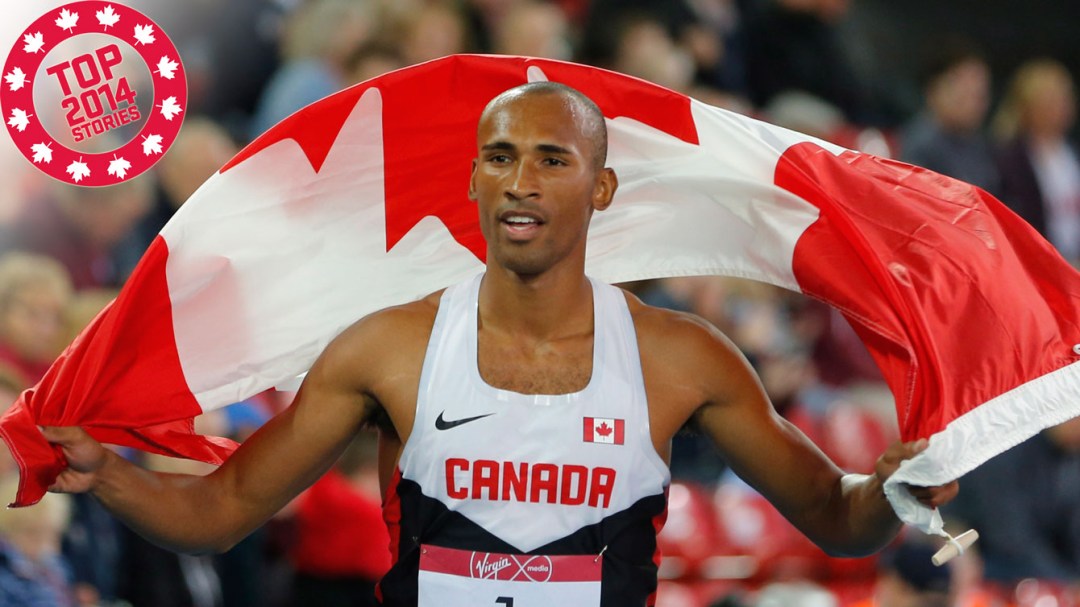 The Commonwealth Games took place in Glasgow this year and several Olympians and hopefuls made a big burst for Canada in Scotland.

Perhaps the biggest splash that may translate to the pools of Rio 2016 came in diving at Edinburgh, where Canadian women won a medal in every event, with Meaghan Benfeito taking a pair of gold.

The waters were also kind to some of Canada’s swimmers, most notably Ryan Cochrane, who broke his own national 400m freestyle record while capturing the gold medal at a time of 3:43.46, the third fastest time of 2014 at year’s end. 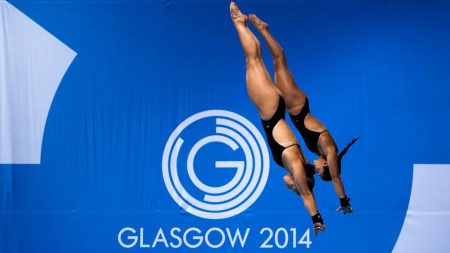 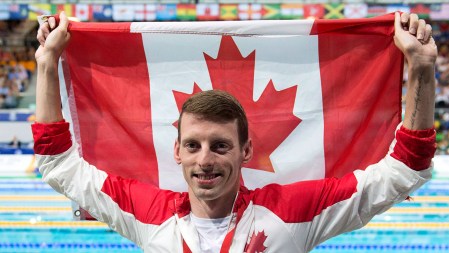 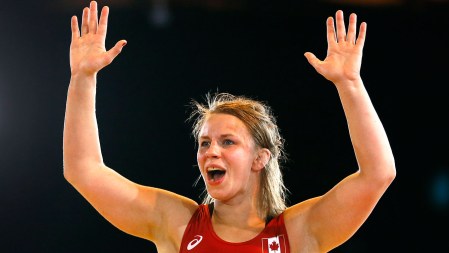 For the water-land hybrid types, the comeback of triathlon star Kirsten Sweetland continued as she secured Commonwealth silver days after a World Triathlon Series bronze. Although not an Olympian, Sweetland’s fitness could play into the medal table should she debut at Rio 2016.

Staying on dry land, a few Rio 2016 medal hopefuls in athletics made their mark in Glasgow against Commonwealth competition. 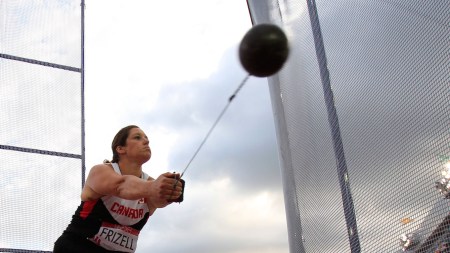 Sultana Frizell with one of her record setting throws at Glasgow 2014 Commonwealth Games. 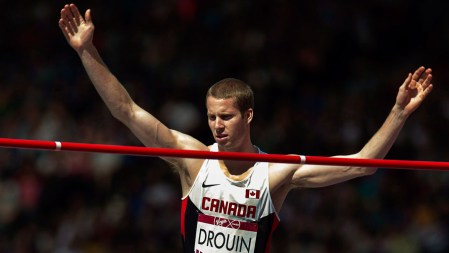 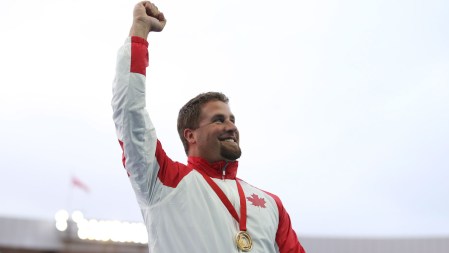 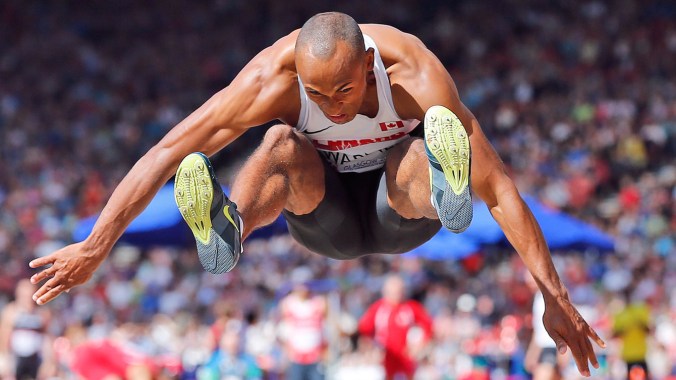 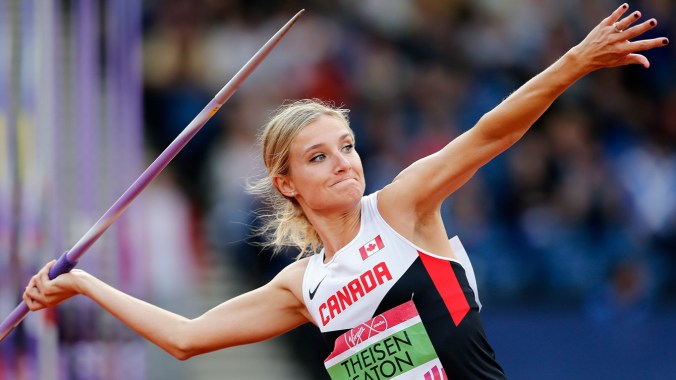 Brianne Theisen-Eaton in the javelin throw of the heptathlon before winning gold.

It had been a wonderful year for Derek Drouin, he became the first Canadian high jumper to hit the elusive 2.40m mark. The London 2012 bronze medallist won the high jump in Glasgow with relative ease.

Decathlete Damian Warner put himself in a conversation about British Olympic decathlon champion Daley Thompson by breaking the 1980s athletics legend’s 100m Commonwealth record in the 10-event competition, on his way to an impressive gold medal.

In the heptathlon, Brianne Theisen-Eaton did the damage for Canada, breaking the 200m Commonwealth record in the competition before winning gold. The silver medal went to her teammate Jessica Zelinka in a 1-2 Team Canada finish. 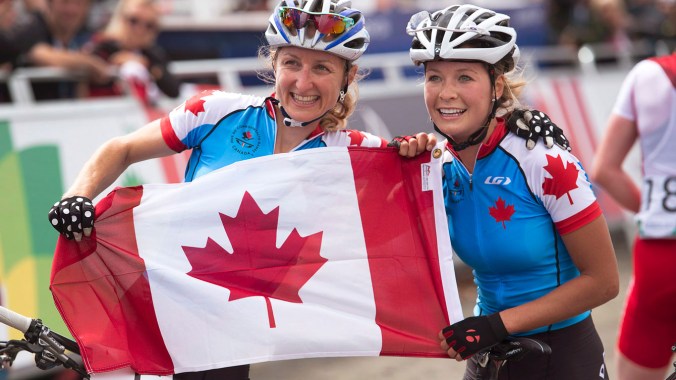 It was a 1-2 finish for mountain bikers Catharine Pendrel and Emily Batty at Glasgow. 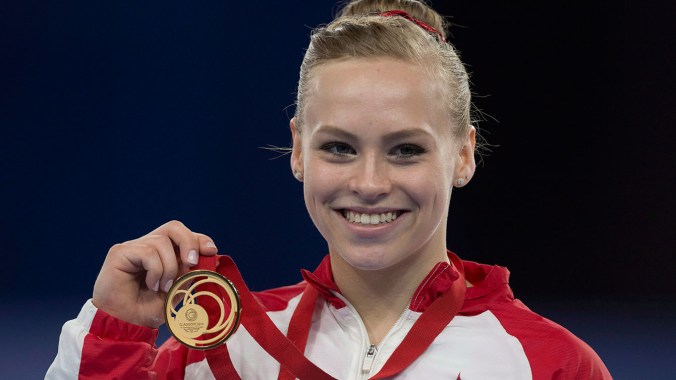 Elsabeth “Ellie” Black is emerging as an elite gymnast, she won three medals at Glasgow, one of each colour. 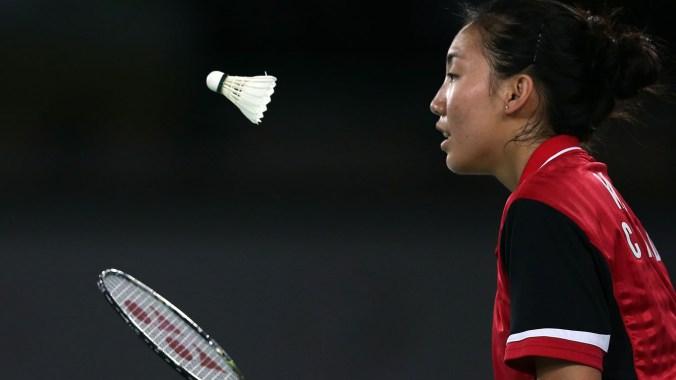 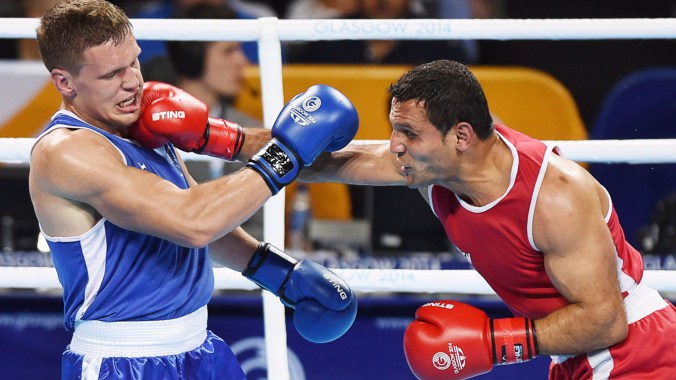 Away from the athletics den, another notable 1-2 came from the mountain bike path where Catharine Pendrel and Emily Batty grabbed gold and silver in the cross country race.

These were just some of the highlights from a Canadian team that delivered 82 medals. In a year where the Sochi 2014 Olympic Winter Games took centre stage, Canada’s top summer athletes also enjoyed plenty of success.