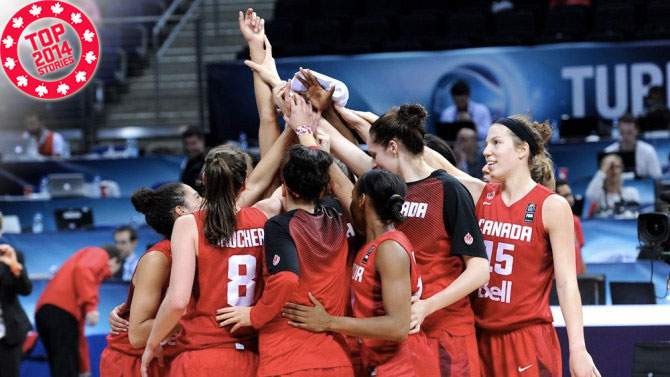 This was a year to remember for Canadian basketball in virtually all ways imaginable and three in particular.

Arguably its biggest day was on June 26, 2014 when an unprecedented three Canadian men’s players – Andrew Wiggins, Nik Stauskas and Tyler Ennis – were selected in the first round of the National Basketball Association draft, including the overall top selection for the second straight year. 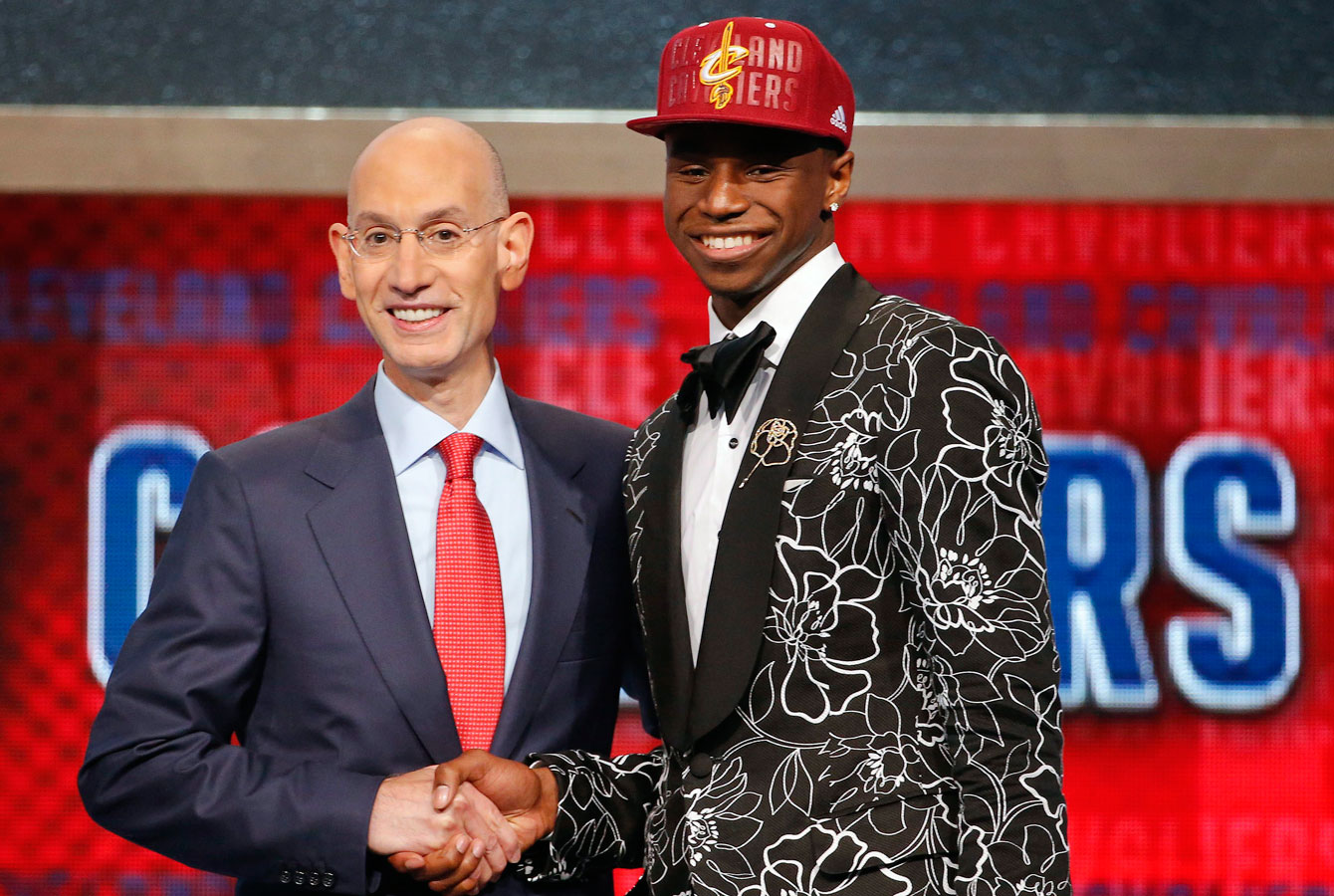 Andrew Wiggins (right) with NBA commissioner Adam Silver after being drafter first overall by the Cleveland Cavaliers. Wiggins was later traded to Minnesota.

The two number one picks, Anthony Bennett (2013) and this year’s prize Wiggins, 19, are playing together in Minnesota. Wiggins – the biggest basketball name to emerge from Canada since Steve Nash – is averaging 12.8 points per game in his rookie season, showing offensive flashes that will thrill fans for the next decade, and doubly impressing the best minds in basketball with defensive work well beyond his teen years.

Canada’s basketball success is much deeper than its NBA stars, however. Basketball Canada’s women’s national team made a major breakthrough in 2014. 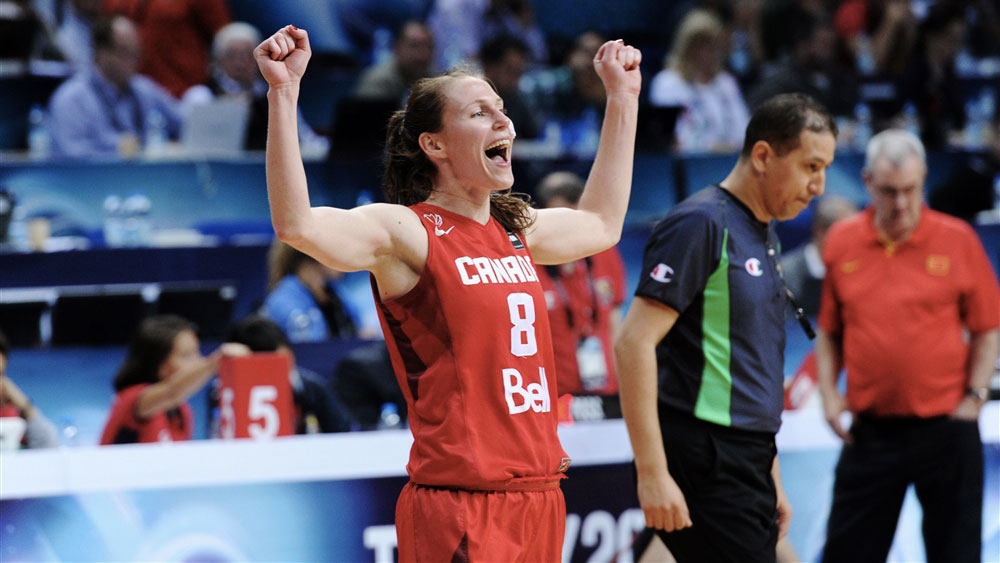 Fifth place at the FIBA World Championship for Women may not have put medals around players’ necks, but Team Canada had its best showing since 1986, leaping a dramatic seven spots since finishing 12th at the previous quadrennial outing of 2010.

Ranked ninth in the world at outset, the women crushed higher rated France, Czech Republic and China on way to their top-five finish. That form in the FIBA Americas Championship for Women (in Edmonton, August 2015) could land them an Olympic qualification spot.

The Dinosaur (a young, cool dinosaur)

While the game is heading in the right direction for Canada on the court, off it the momentum is further aided by the resurgence of the Toronto Raptors in the NBA – even as the team tries to hide its beloved dinosaur on a new logo largely against many vocal fans’ wishes. 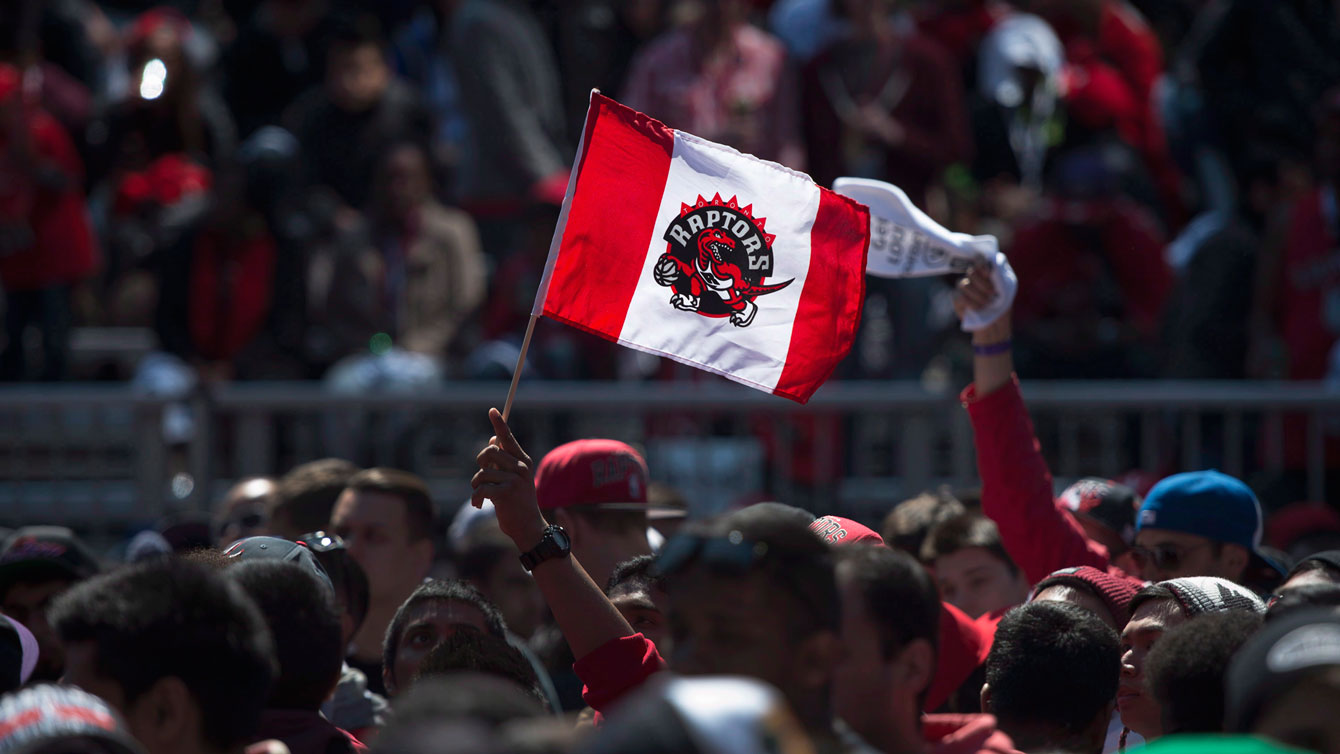 Those fans – youthful, unreserved, and ready to step out of the shadows of a hockey-mad city and country – represent a demographic that can become the backbone for sustainable basketball marketing in Canada.

This may be the healthiest Dr. James Naismith’s invention has ever been in his native country.