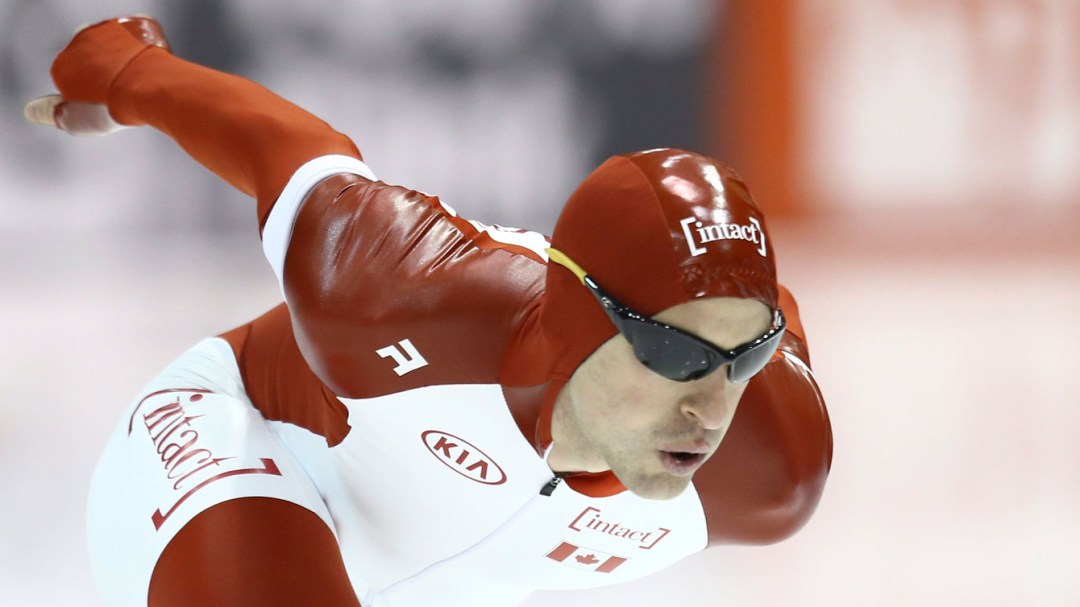 King and queen of long track to be crowned in Calgary

If you’ve been paying attention, you know this is the third world championship of the year for the long trackers. First came the World Single Distances, which awards medals for each individual event, just like at the Olympics. Last weekend was the World Sprints (in Kazakhstan), which rewards consistency over 500m and 1000m.

But for traditionalists, the World Allrounds are the major event on the calendar. The event goes back to the earliest days of the sport, held unofficially beginning in 1889 and first organized by the ISU in 1893. Women have been competing officially since 1936, 24 years before they first entered Olympic competition. 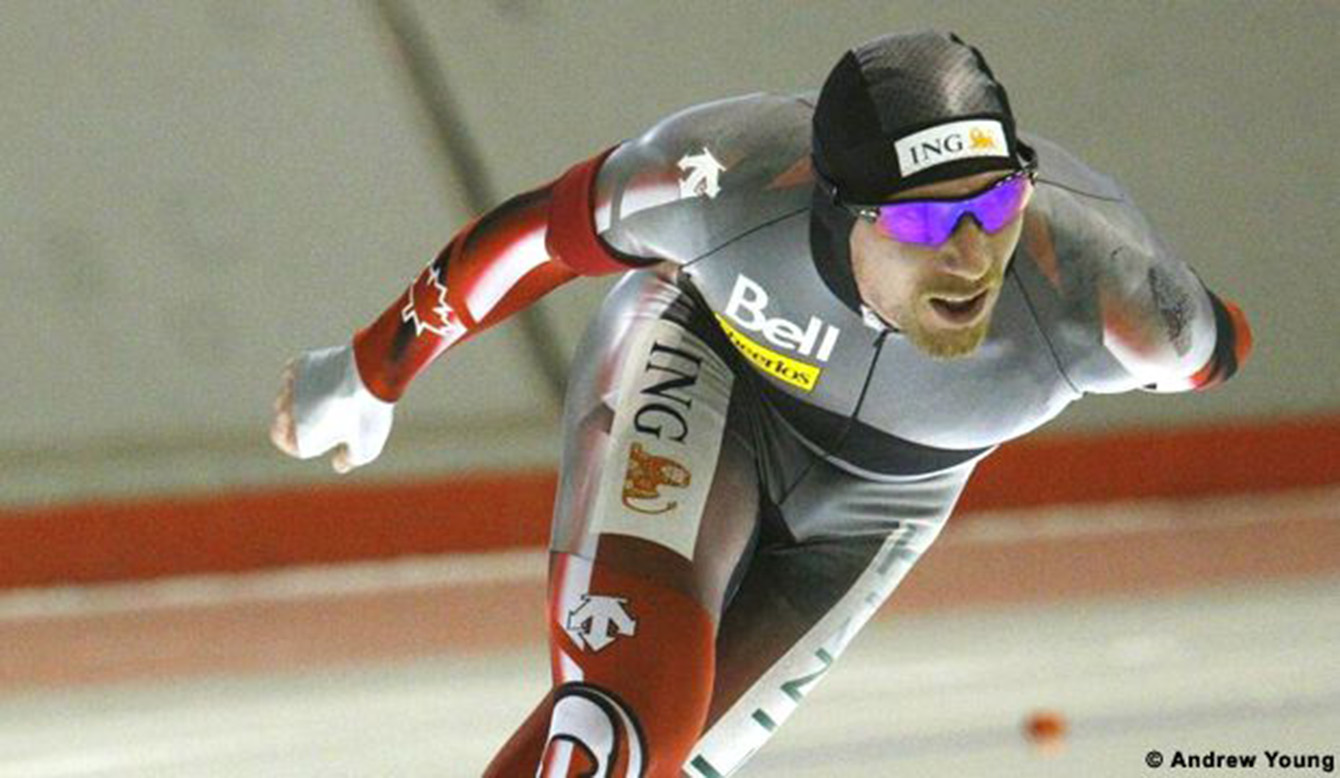 “For me growing up it was always the biggest tournament of the year and I still have that feeling.” – Ted-Jan Bloemen

The allround is best suited to middle and long distance skaters, as the event tabulates performances across four distances: 500m, 1500m, 5000m and 10,000m for the men; 500m, 1500m, 3000m and 5000m for the women. Using something called the samalog system, the times achieved by each skater in each distance are converted to points. The skater with the lowest total point score is the winner.

Canada will have four entries in Calgary. Sochi double medallist Denny Morrison is competing at the World Allrounds for the first time since 2009 when he placed seventh.  He recorded his best overall result of fifth in his first appearance in 2006.

“My objective for this year’s World allround competition is simply to skate as well as I feel I am currently capable of, on my home ice,” said Morrison in a Speed Skating Canada statement. “Right now, that could translate into personal bests in more than one race.” 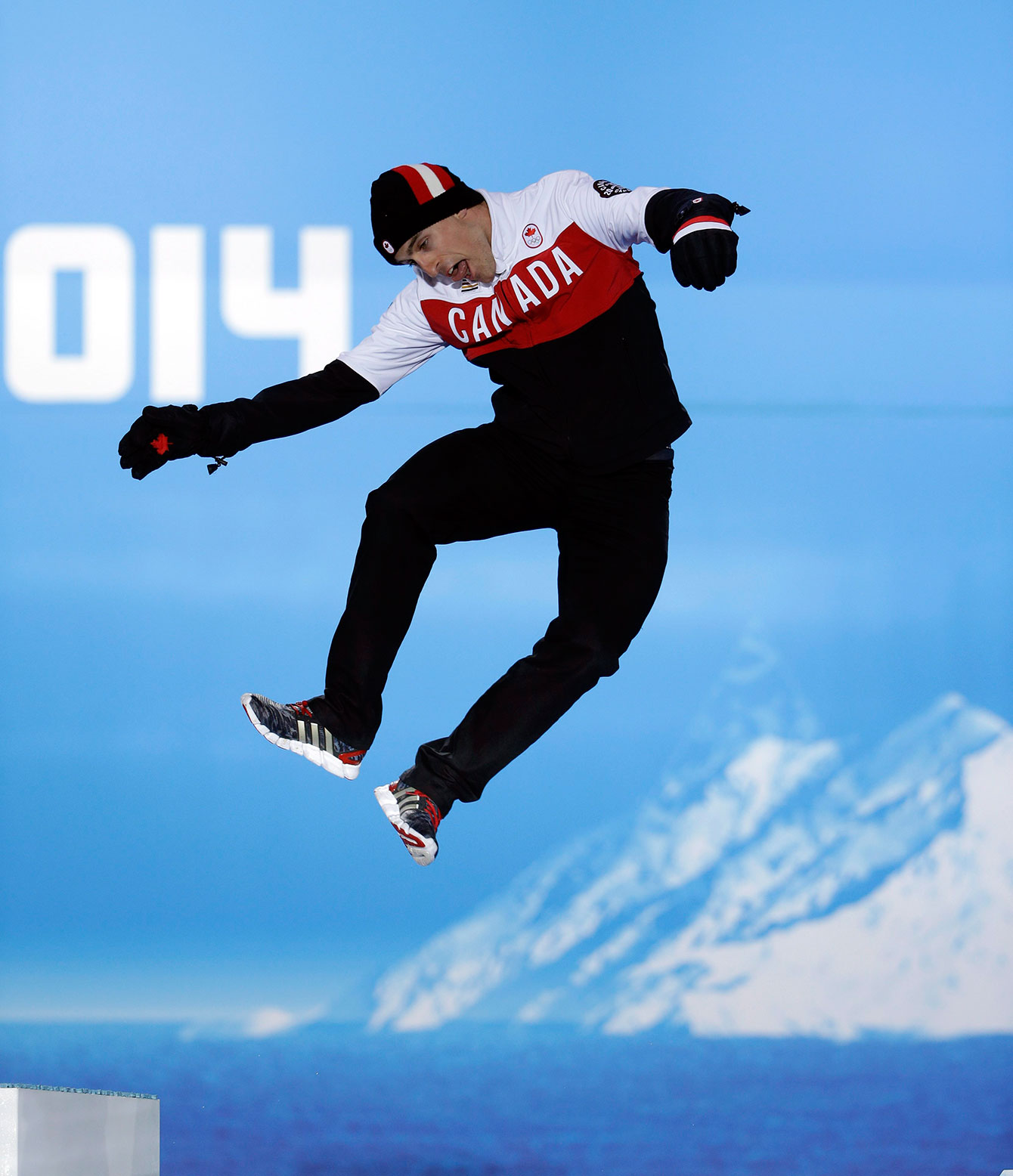 Denny Morrison hops onto the podium in Sochi.

Ted-Jan Bloemen is making his third appearance at the event, but his first as a Canadian. The Dutch-born dual citizen finished just off the podium in fourth place for his native Netherlands in 2010.

If either of them hit the podium, it will end an allround medal drought for the Canadian men of more than a century. You have to go all the way back to 1897 to find Jack McCulloch who won gold in Montreal, the first time the event was held outside Europe.

The Canadian women have had much more success with 13 allround medals, including three gold. Two came from Cindy Klassen in 2003 and 2006, following Sylvia Burka in 1976. Most recently, Christine Nesbitt captured bronze in 2012.

Coming off her mass start silver at the World Single Distances, Ivanie Blondin looks to improve upon her 18th place finish a year ago. Joining her will be Kali Christ, making her third straight appearance after finishing 10th last year and 12th in 2013. 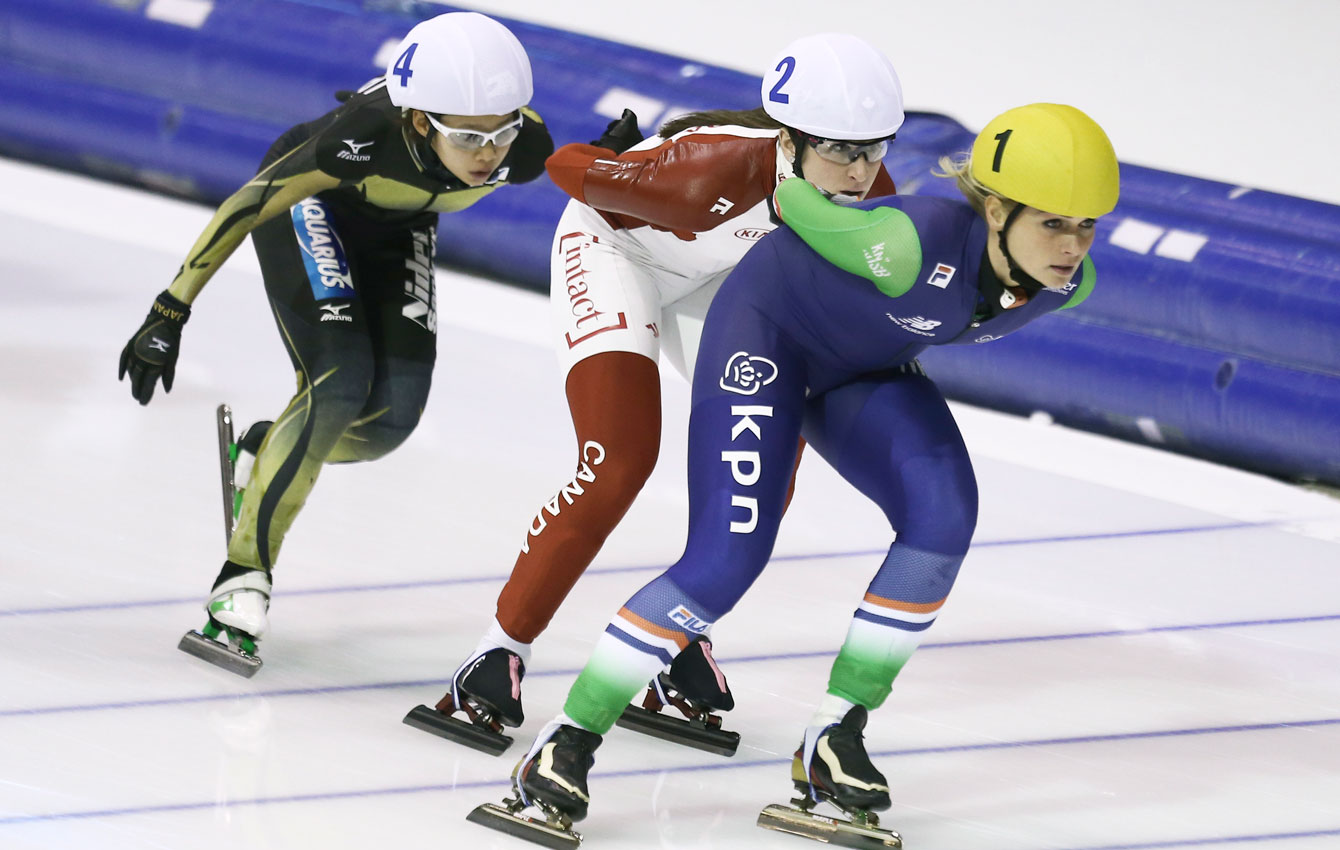 No real surprise that the Dutch excel at this event, winning 114 medals including 47 gold. Superstar Sven Kramer has six victories, including four straight from 2007 to 2010 and then back-to-back in 2012-13. He did not compete last year but will be in Calgary.

Ireen Wüst, the most decorated athlete at Sochi 2014, is seeking her fifth straight gold medal and sixth overall. She still has a ways to go to catch German great Gunda Niemann-Stirnemann who holds the record with 10 World Allround medals, eight of them gold.

Only once was an allround event contested at the Olympic Games, during the first edition at Chamonix 1924.

CBC will livestream the World Allrounds and have TV coverage on both Saturday and Sunday.