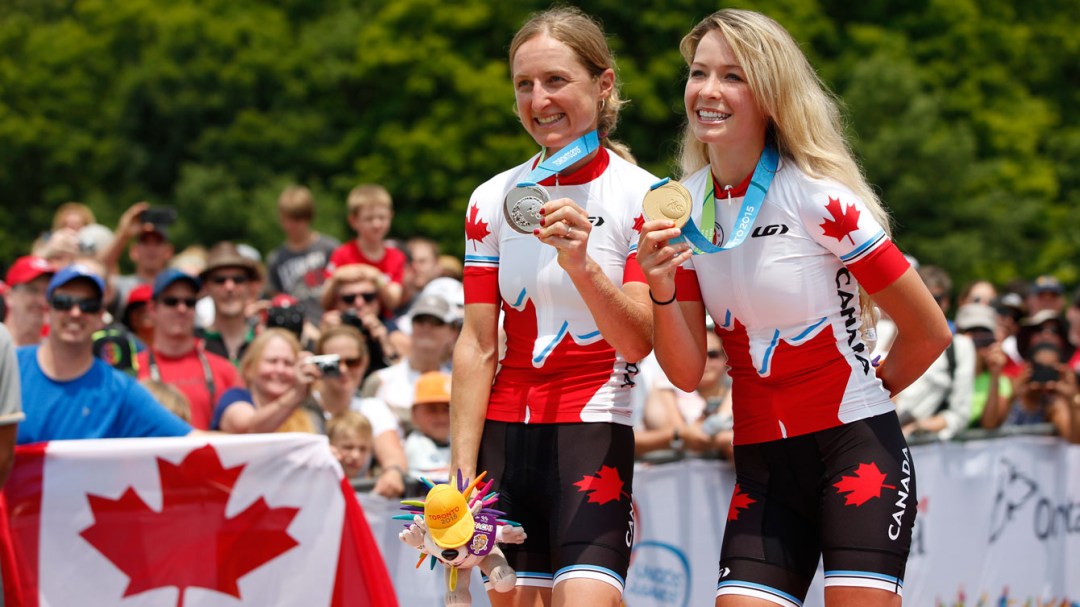 The gold and silver officially brings Team Canada’s Pan Am medal total to double digits with 10. Batty’s is Canada’s fifth gold medal in the first two days of Pan Am Games so far, and second in cycling after Tory Nyhaug won BMX. 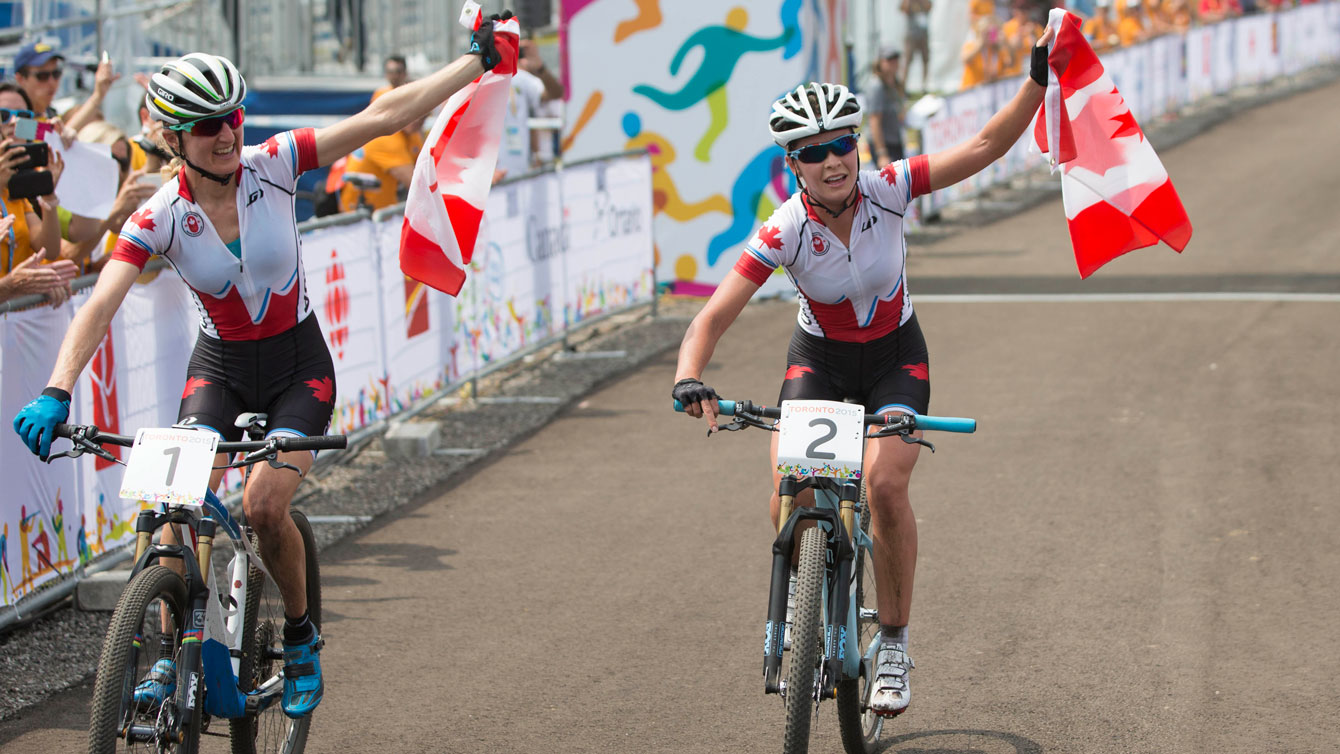 Emily Batty (right) and Catharine Pendrel raise the flag after finishing 1-2 at Pan Am mountain bike on July 12, 2015.

The duo finished 1-2 last summer in reverse order at the Commonwealth Games in Glasgow, Scotland. They are constantly among the top ranked riders in the world and Pendrel also won the World Championship last year. Both Canadians were in the lead from the start of the cross-country race near Lake Simcoe, leaving no doubt – short of a flat tire or accident – that Team Canada cycling fans would get what they came to see.

“It really doesn’t matter who finished first on the day as long as they’re Canadian,” Batty said post-race. “We got gold and silver, which is amazing.” 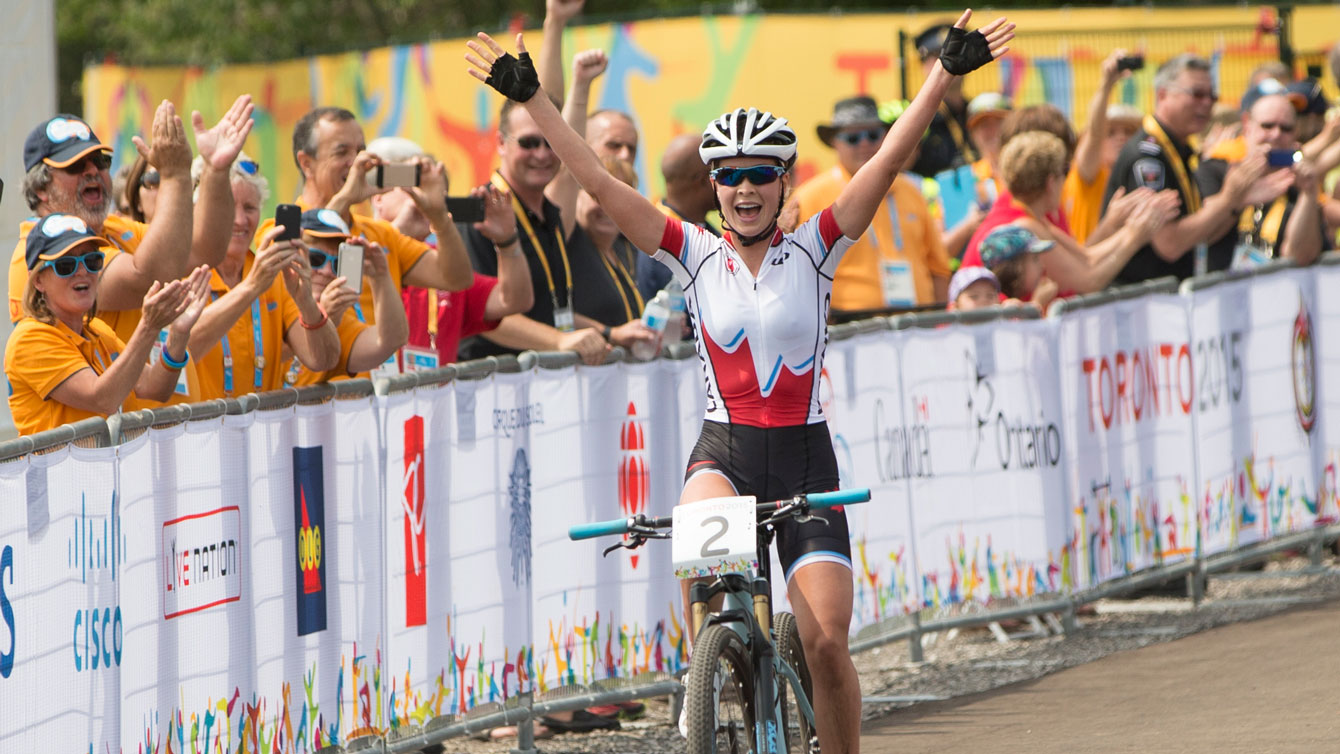 Batty’s time of 1:27:13 was seven seconds faster than Pendrel, while Erin Huck of the United States took the bronze over five minutes behind the Canadians.

“Each race is different for every rider, probably from the third lap we could see one of us were gonna win,” Pendrel told Toronto 2015 following her finish. She also mused about the pair heading to Rio next year to take a shot at medalling in the Olympic Games.

“We’re preparing and it’s hard, but the Canadian Olympic Committee chose the top athletes to participate in the Pan Am Games. Giving us an experience and trying to show us the pressure with performances at home before we go to Rio next year.” 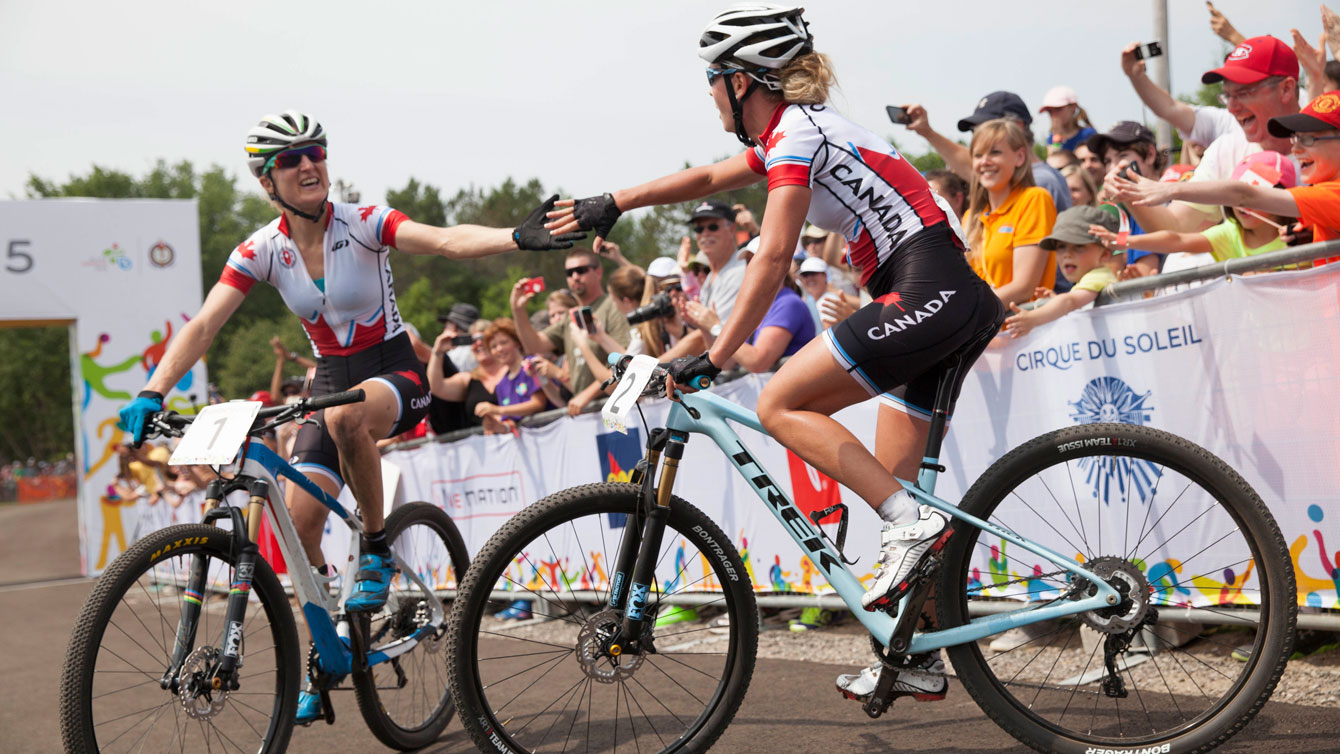 Batty agreed with her teammate that the long goal is Rio and that the Pan Am Games have continued to build their confidence for that stage in a big way.

“We continue to push each other, and training’s going well. It’s just amazing to have these games in Canada and take what we’ve learned, and move that forward for next year.”