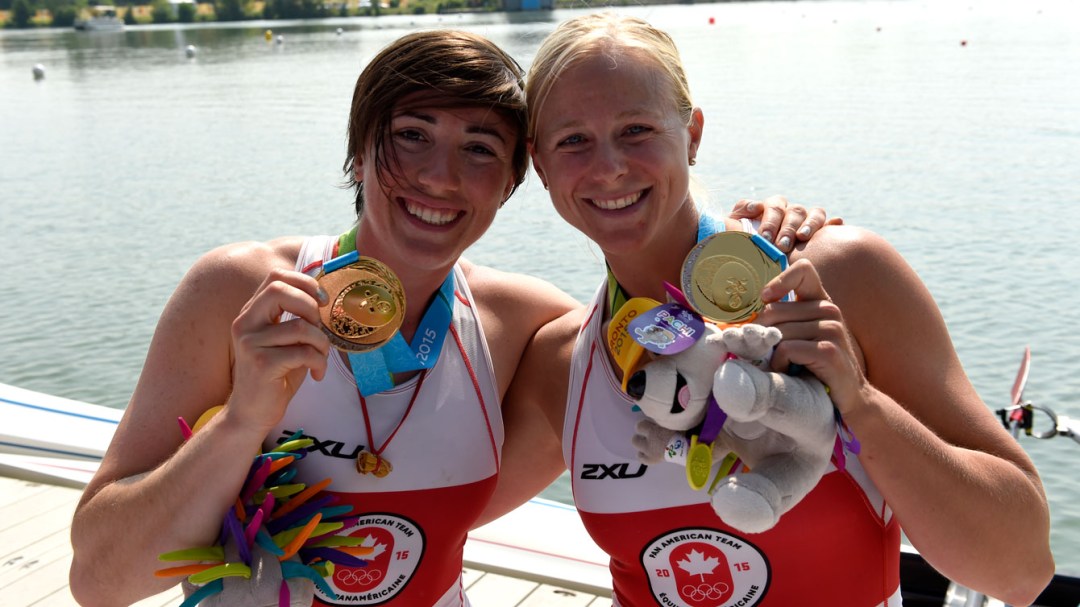 Four medals in four finals for Canadian rowers at Toronto 2015

It was a busy morning at the Royal Canadian Henley Rowing Course with four finals and four medals for Canada – including two gold – all before 10:15 am!

Rosanne DeBoef and Kristin Bauder kicked off the day with a bronze medal in the women’s pair, finishing behind the United States and Chile. 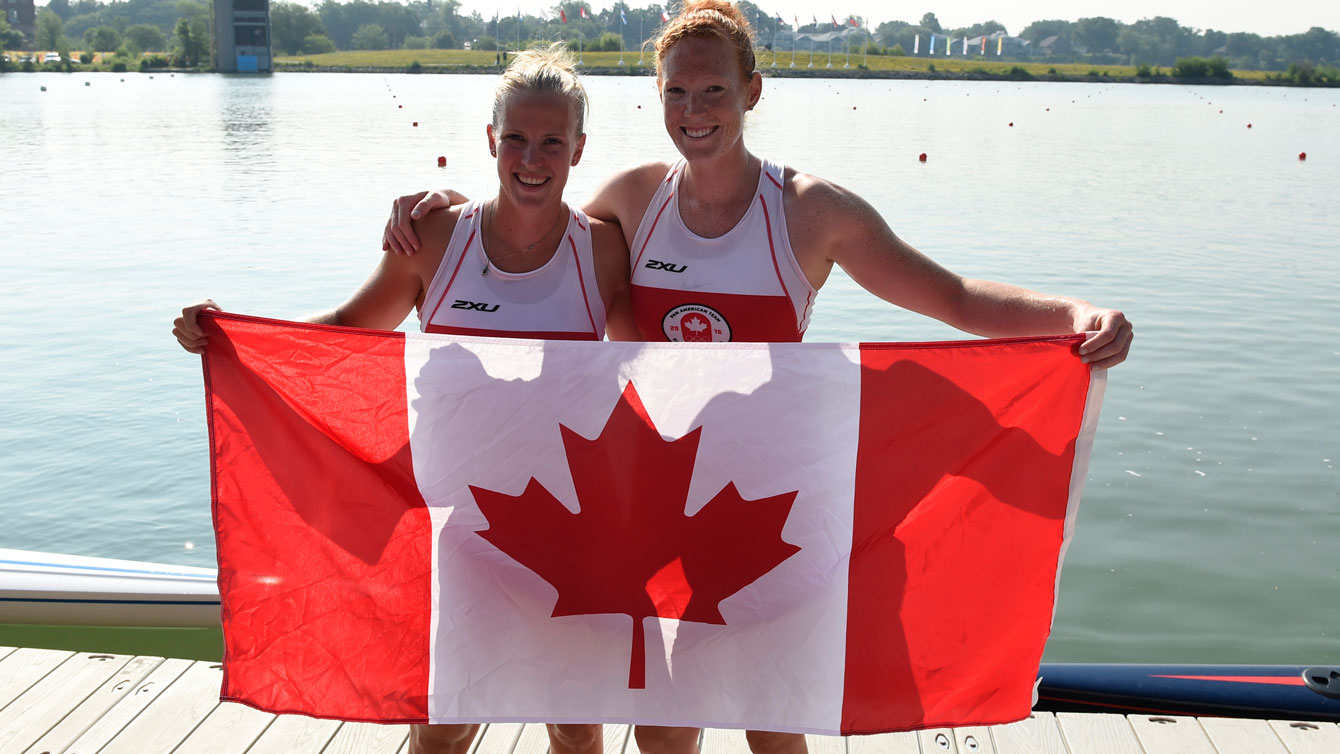 Rosanne DeBoef and Kristin Bauder after women’s pair bronze at Pan Am Games on July 13, 2015.

Kerry Maher-Shaffer and Antje von Seydlitz followed just a few minutes later with a Canada’s 11th gold medal of the Games in the women’s double sculls, coming through with a strong last 150m to surge past the United States for the victory. Cuba claimed the bronze.

“We kind of struggled to find our rhythm but we had a solid sprint,” said von Seydlitz. “We practiced that sprint a lot so I’m thankful for that.”

“There’s no way to describe how much the crowd means and how much the fans mean, not just in spirit but that sound from the stands just lifts the boat out of the water and fires you up when you feel like you have nothing left,” Maher-Shaffer said of racing on the water that the Canadians consider to be their house. “It just gives you that energy you need to cross the line.” 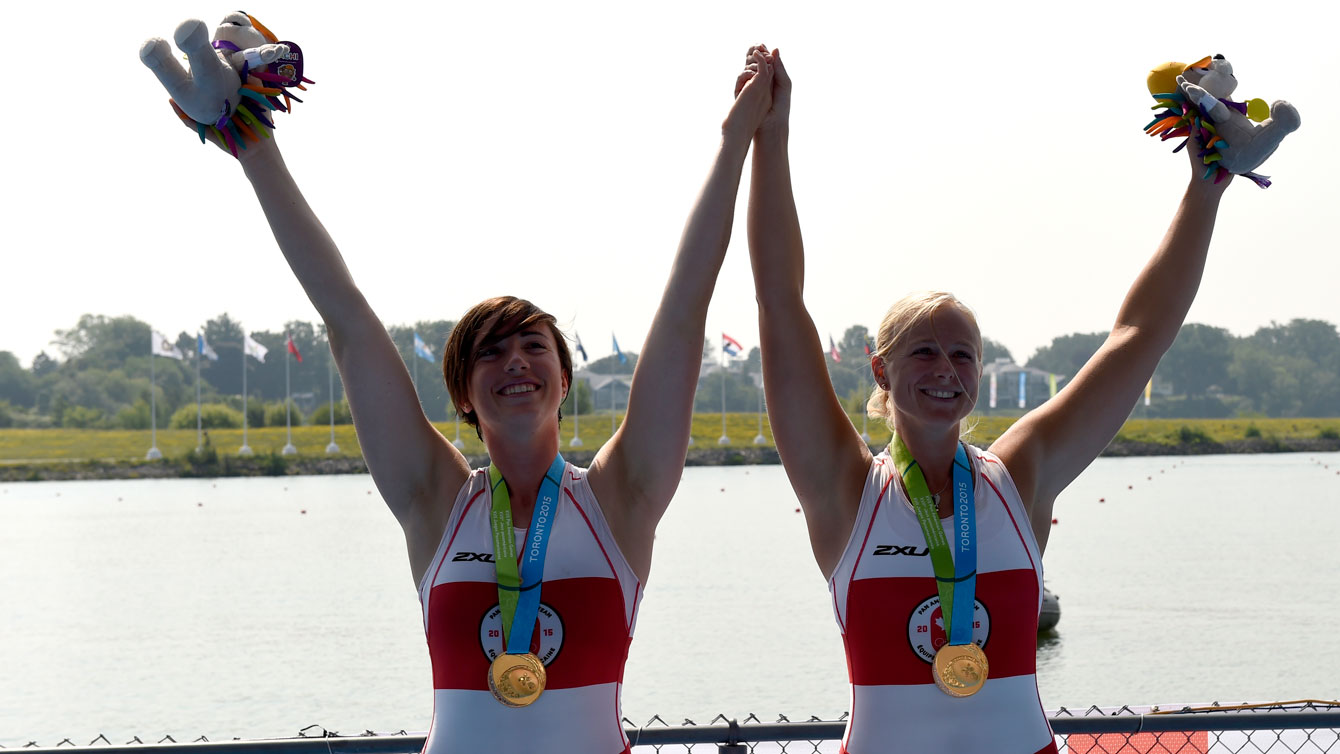 Soon after Pascal Lussier and Matthew Buie hit the water for the men’s double sculls and captured the bronze medal behind Cuba and Argentina, echoing Maher-Shaffer’s sentiments about the crowd:

“You can feel a little (more) pressure being in our hometown but when you’re 500 metres away and you hear the screaming, it’s more support than pressure,” said Buie. 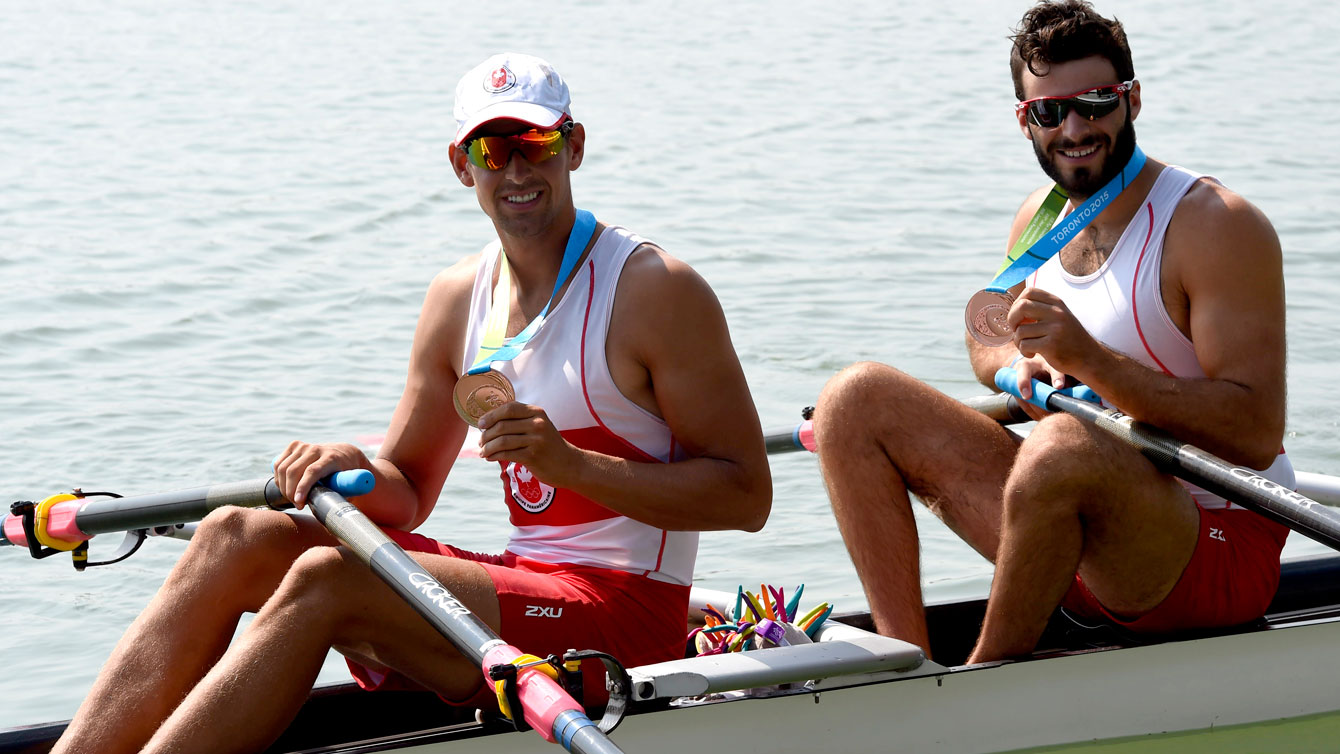 Pascal Lussier and Matthew Buie take a photo with their Pan Am Games bronze on July 13, 2015.

The men’s four crew of Will Crothers, Tim Schrijver, Kai Langerfeld and Conlin McCabe, featuring a pair of Olympic silver medallists in Crothers and McCabe, were second after the first 500m but then moved past Argentina and continued to extend their lead to win the gold medal by just over three seconds over Cuba and Argentina.

“Being new to the crew this year, and being the first big senior gold for me is really exciting,” said Schrijver. “This is the most exciting crowd I have ever seen spectating.”

“It’s my first time racing for Canada in Canada and we pulled it off,” said McCabe. “I’m going to remember this for the rest of my life.” 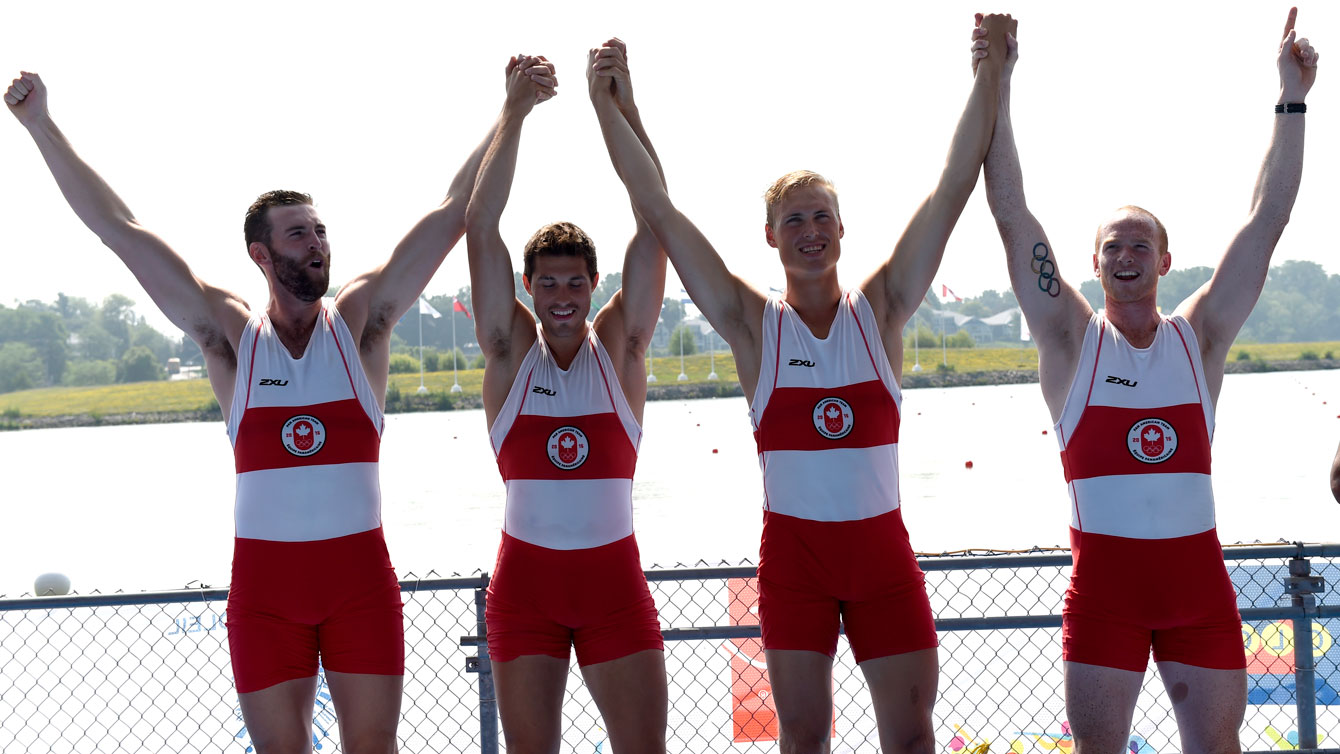 Kristen Bauder has only been a rower since 2011, but she draws on a wealth of experience from her 10...