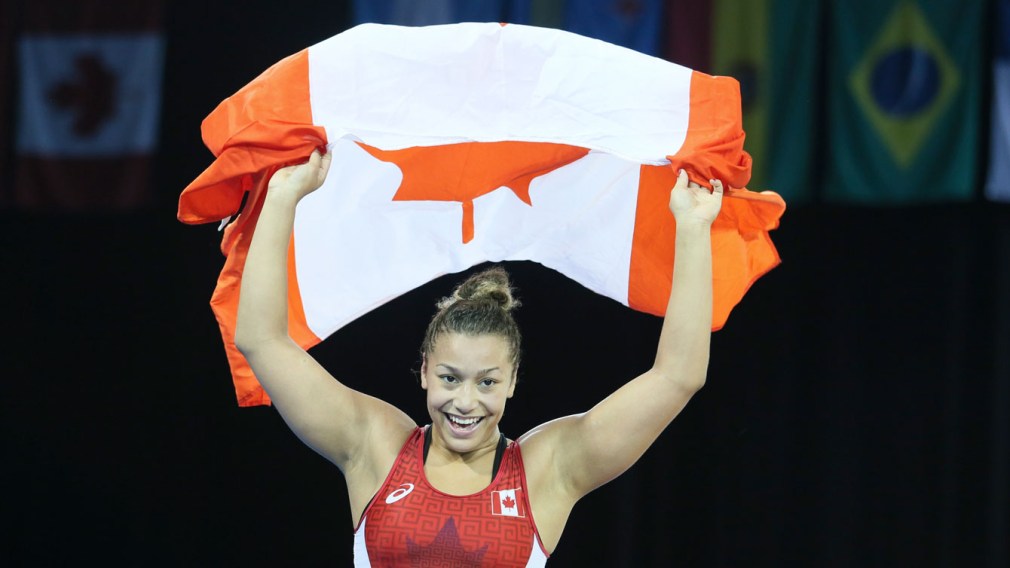 Canada added four freestyle wrestling medals to its Pan Am Games haul, two of which were gold won by Braxton Stone-Papadopoulos and Dorothy Yeats on Friday night. 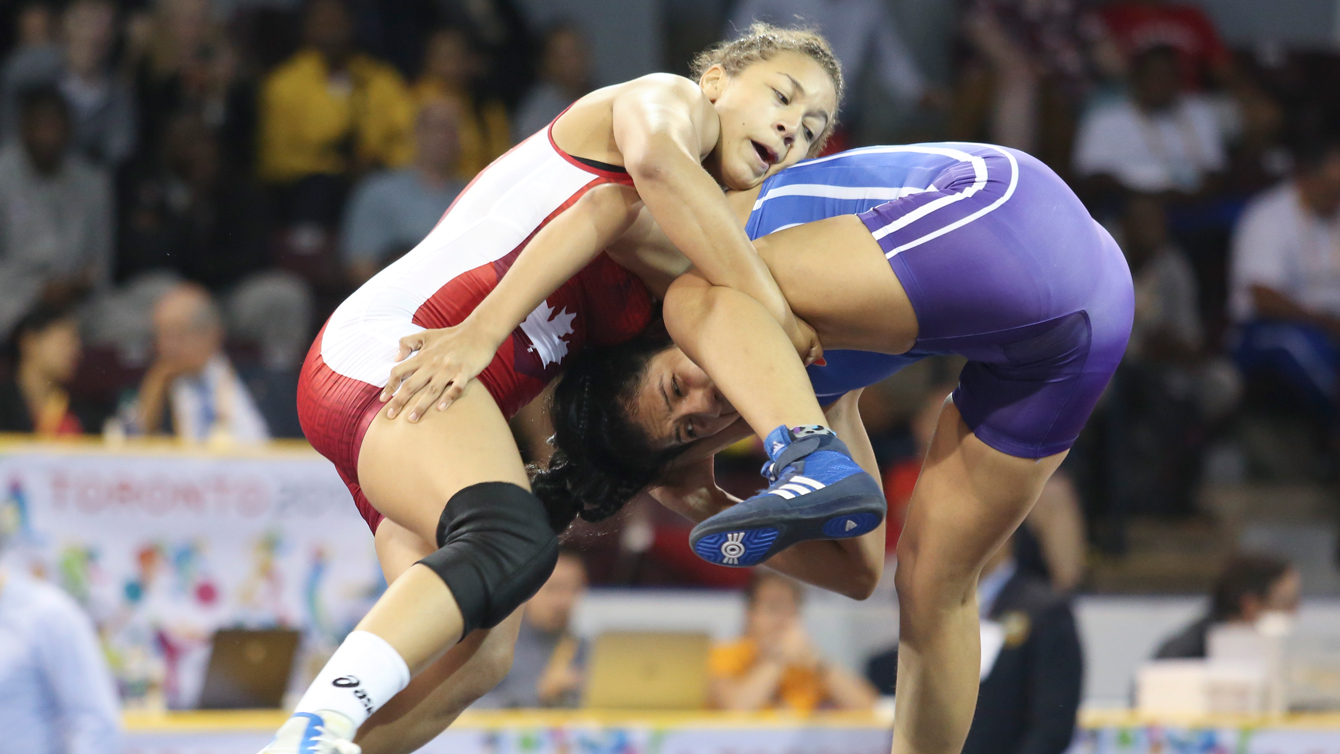 Braxton Stone-Papadopoulous wrestles to victory during the Pan Am Games on July 17, 2015.

Stone-Papadopoulos went into the circle against Katerina Vidiaux of Cuba in the women’s 63kg freestyle. The Canadian took the first period picking up two points, leaving Vidiaux scoreless. During the second period Vidiaux scored three, but was unable to better Stone-Papadopoulos who registered five more points to win the match (7-3).

Shortly after Stone-Papadopoulos’s victory, Yeats took on Maria Acosta of Venezuela in the 69kg class. Yeats outwrestled Acosta throughout the first period scoring nine points. In the second, Yeats shut down Acosta’s offensive ambitions, by earning four more points to secure a 13-2 victory. 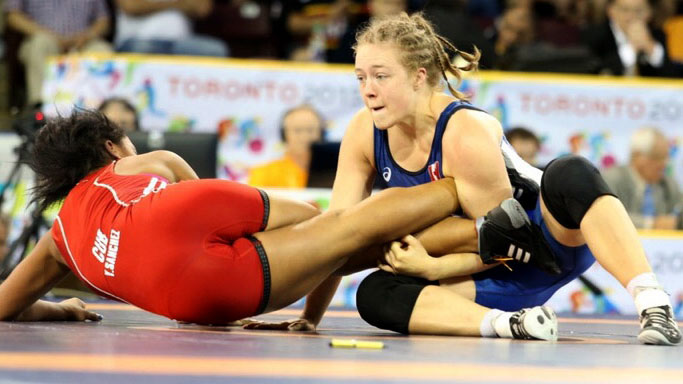 Dori Yeats defeats Cuba’s Yudari Sanchez in an early bout on way to winning her Pan Am Games gold on July 17, 2015.

Next up, Di Stasio took on Adeline Gray of the United States in women’s 75kg freestyle. Gray picked up a single point in the first round, keeping the score close heading into the second. She came back scoring six points, however Gray matched her efforts to win the match 7-6. Di Stasio finished second giving Canada its first silver medal in wrestling at TO2015.

The big day for Canada at the Mississauga Sports Centre concluded with Haislan Garcia winning bronze in the men’s 65kg division with a tactical 2-0 score over Colombian Hernan Guzman.

With women’s wrestling concluded, on Saturday, Canada’s men will look to continue the team’s success in freestyle competition.