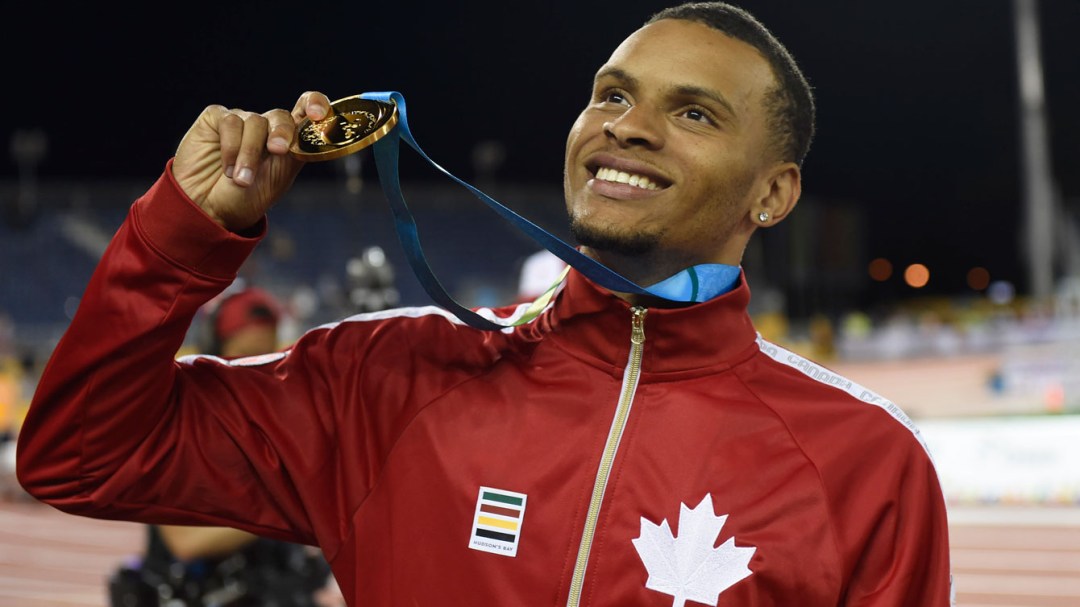 Andre De Grasse continues to win titles in his young sprinting career. On Wednesday night, he became the Pan Am Games 100-metre champion running in a final time of 10.05 seconds.

Following the 100m/200m double at the NCAA championships for University of Southern California in June, and a national title shortly thereafter, De Grasse has now added the Pan Am title to his list of early accomplishments. 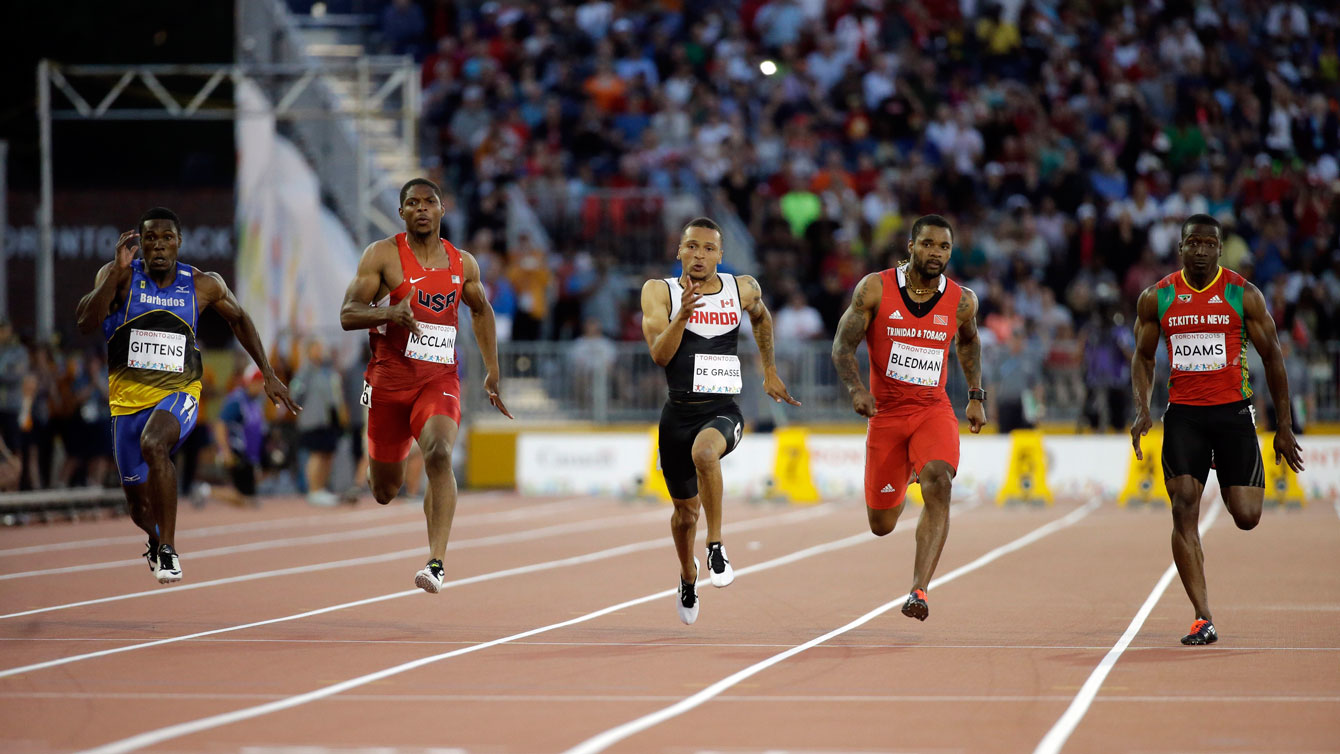 “It was getting pretty tight,” De Grasse said of the race that saw Ramon Gittens of Barbados (10.07) and Antoine Adams of Saint Kitts and Nevis (10.09) go second and third. Trinidad and Tobago runner Keston Bledman, who has a 9.86 under him, faded down the stretch.

“I saw Ramon and I saw he was moving and I wasn’t getting to my next gear that I usually get, so I tried to lean. When I saw the poster was on me, I was like ‘ok, I think I won’.”

Although the final time was slower than the blistering 9.97 he registered in the semifinals, the 20-year-old Markham, Ontario runner brought plenty of excitement to the packed track and field stadium at York university, where he’ll try to complete the Pan Am sprint double by winning the 200m on Friday evening. 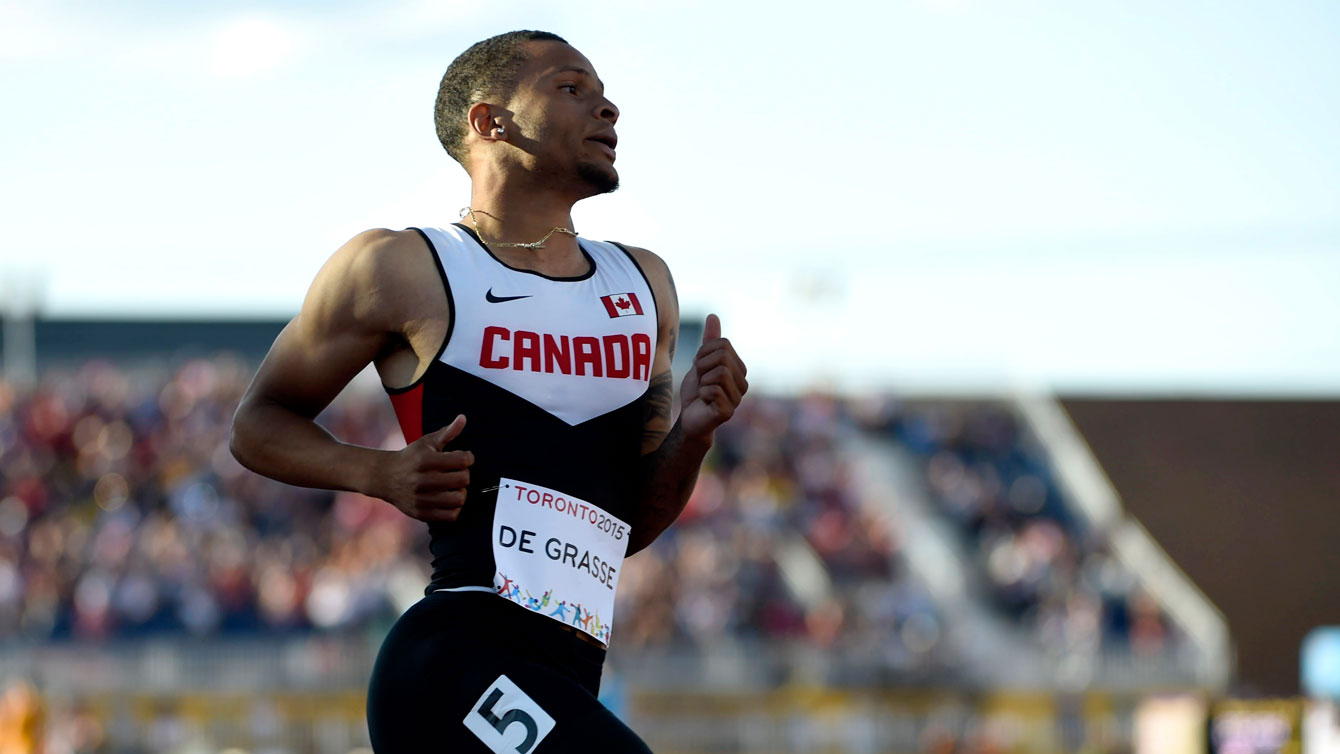 “Somehow, I just managed to pull off the win,” De Grasse said admitting that he is slugging through an exhausting season, his first at such a high level with all eyes on him.

“I had no pressure, my family and friends told me that no matter what happens, they are still proud of me. It has been a long season, and to do this, it is a wonderful feeling right now.”

His victory also marked Canada’s 64th gold of TO2015, tying the national Pan Games record set at Winnipeg 1999. De Grasse is the first Canadian Pan Am 100m champion since Glenroy Gilbert in 1995. 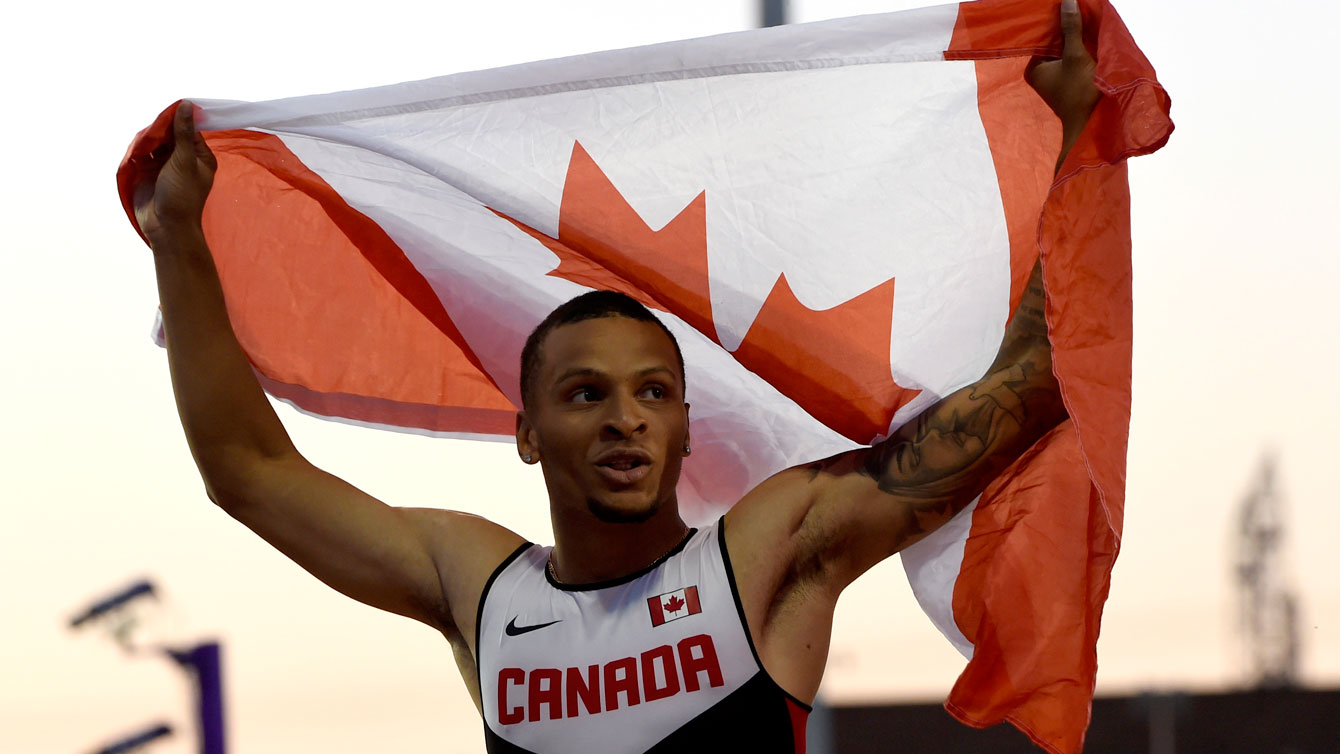 Andre De Grasse with the Canadian flag after winning the Pan Am Games 100m on July 22, 2015 in Toronto.

The immediate goal for the Canadian sprinter now is to get ready for the IAAF World Championships in Beijing. He will use the 200m and 4x100m relays in Toronto to continue his progress.

“The focus is to start back from the beginning of the season and peak for the world championships. It’s difficult but I’m managing to get through it.” 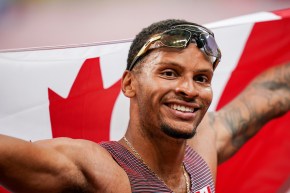 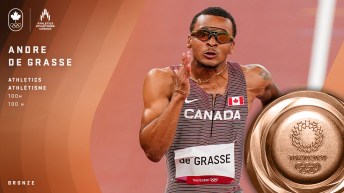