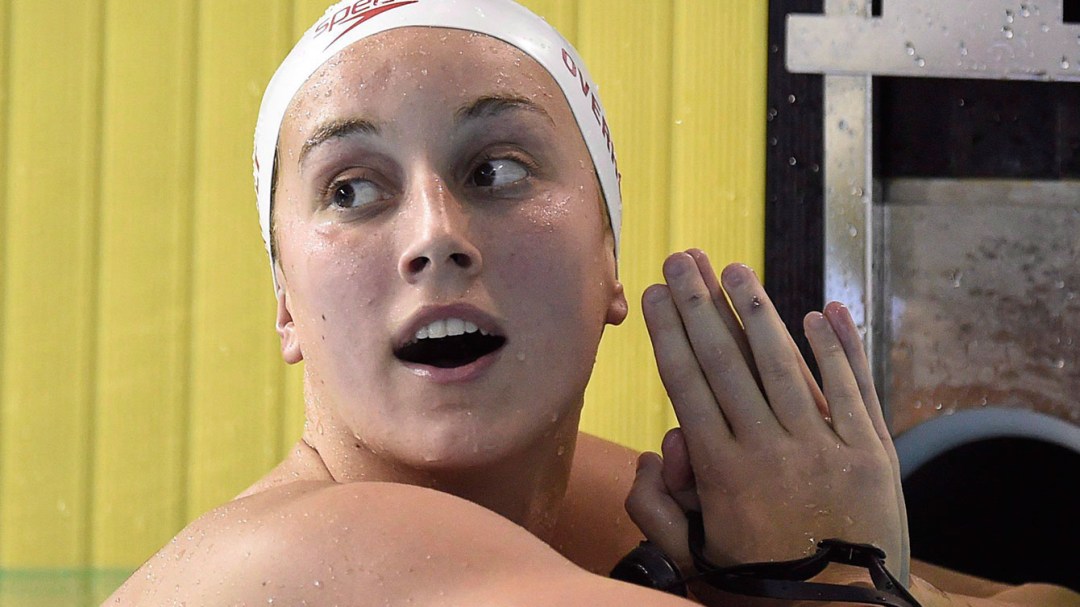 It was a Sunday of reclamation for Canadian swimmers in Russia.

Ryan Cochrane, the usually dependable bet for a distance medal took bronze in the 1500m freestyle, responding well to missing the 800m final earlier this week. And Emily Overholt, the teenager who lost Pan Am gold and a national record to a rare disqualification, today produced a resounding 400 IM bronze, over three-seconds under the former Canadian mark. 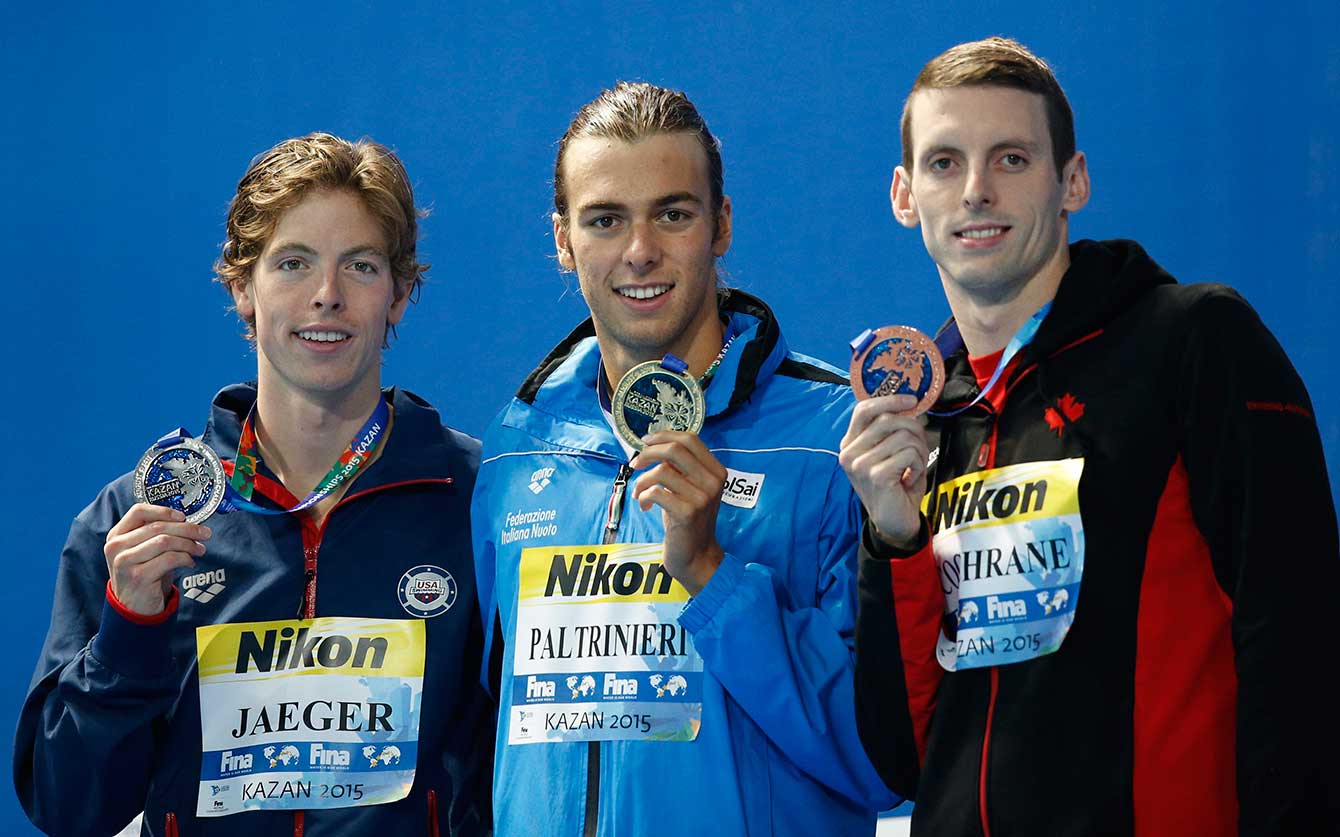 With a final time of 14:51.08 Cochrane led for the first quarter of the race, then gave up the lead before 500 metres to Italy’s eventual winner Gregorio Paltrinieri who swam 14:39.67. American Connor Jaeger was second (14:41.20). Chinese world record holder Sun Yang qualified third, but did not swim the final.

Cochrane now has four-straight medals at world championships in the 1500m freestyle, matching Australian distance legend Grant Hackett, who at 35 swam a relay leg in Kazan. While Hackett won every 1500m during his streak (1998-2005), Cochrane’s now three silvers (2009, 2011, 2013) and today’s bronze when combined with his two Olympic medals firmly place him among the world’s best all-time in the event. 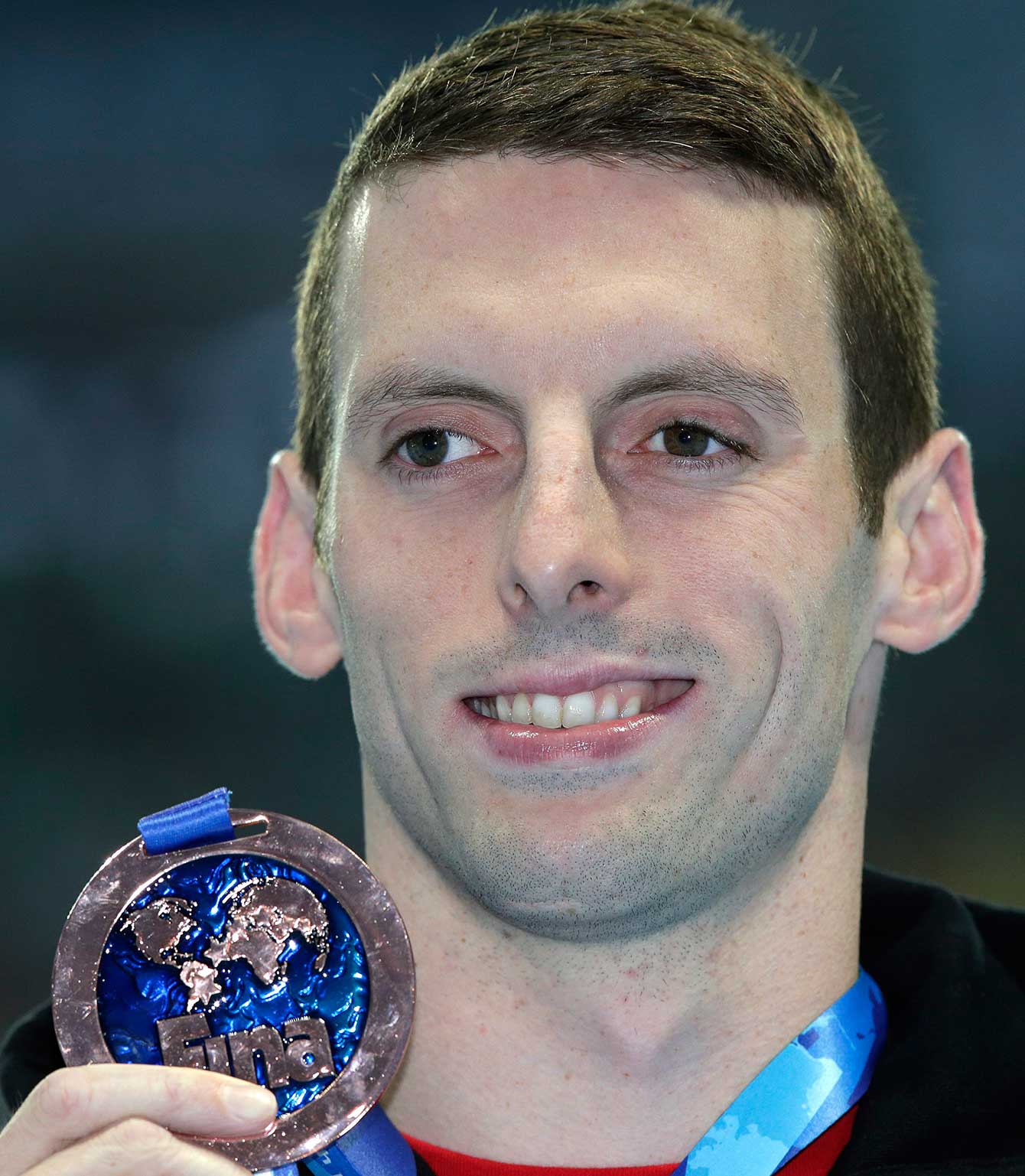 Cochrane with his bronze medal.

It’s a solid end to the swim meet for the 26-year-old after a fourth-straight podium in the 800m freestyle was denied by a 10th-place finish on Tuesday. Cochrane achieved two bronze in Kazan (400m, 1500m freestyle) bringing his career worlds medal count to eight, the most all-time for a Canadian.

Emily Overholt, who took solace from her Pan Am disappointment by ‘knowing she had the swim in her’, unleashed an even faster 4:32.52 lopping a full 3.32 seconds off Tanya Hunks’ national mark from 2009.

It was a completely legitimate performance a year from Rio 2016, with Hungary’s Katinka Hosszu only a few seconds quicker in 4:30.39 to win while American Maya DiRado swam 4:31.71 for silver.

It is 17-year-old Overholt’s first medal and her first world championships. 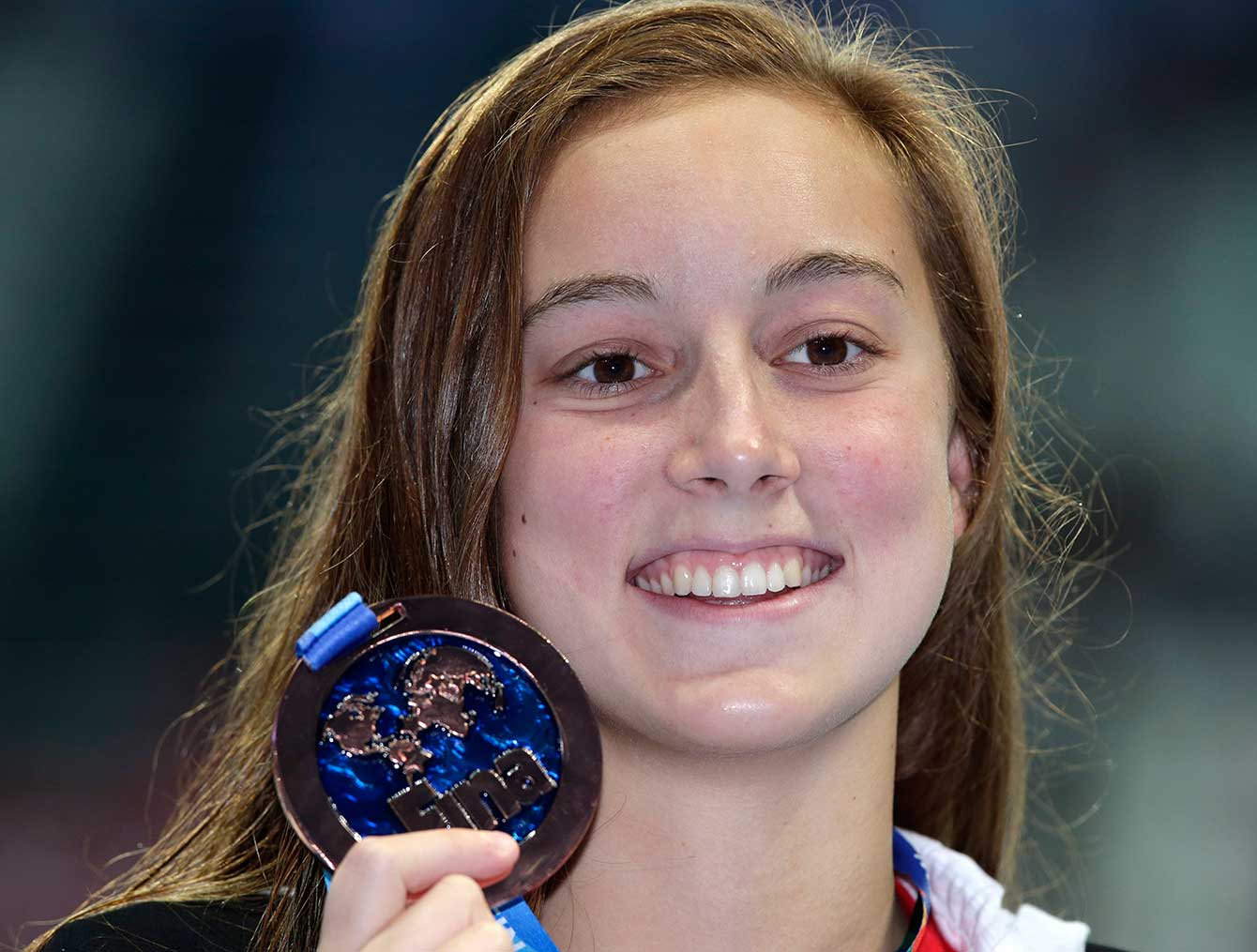 Emily Overholt with her 400 IM bronze.

In the debut 4x100m freestyle mixed relay on Saturday, Canada won a bronze medal with Santo Condorelli, Yuri Kisil, Chantal Van Landeghem, and Sandrine Mainville combining for a time of 3:23.59. It was a close race, the United States won with 3:23.05, while the Netherlands touched second in 3:23.10.

Four bronze medals were won by Canadian swimmers in Kazan, plus four diving medals, making it eight podiums at this edition of the FINA World Championships.