The national women’s basketball team beat Cuba 82-66 on Sunday in the FIBA Americas gold medal game and earned an Olympic berth for Rio 2016.

The win caps an unbeaten tournament for the home team who cruised through the preliminary round 4-0, then trounced Brazil to set-up Sunday’s gold medal game in Edmonton. 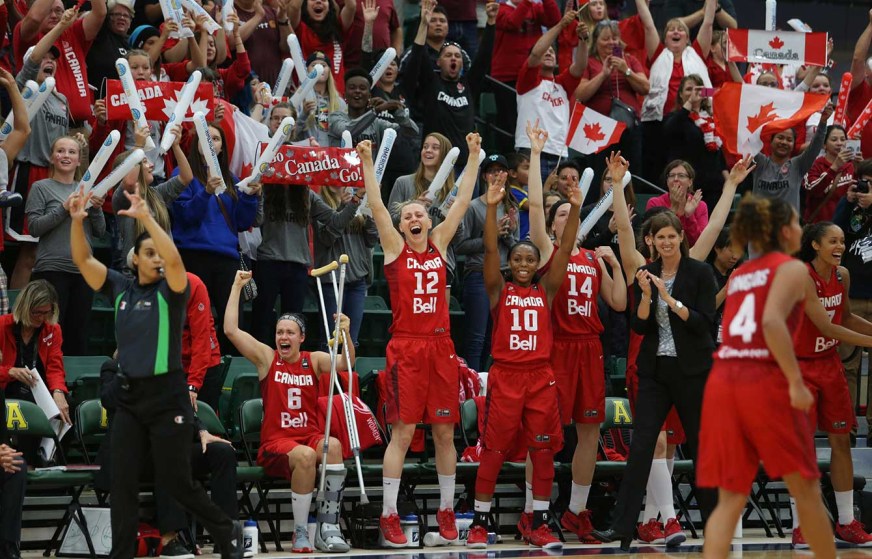 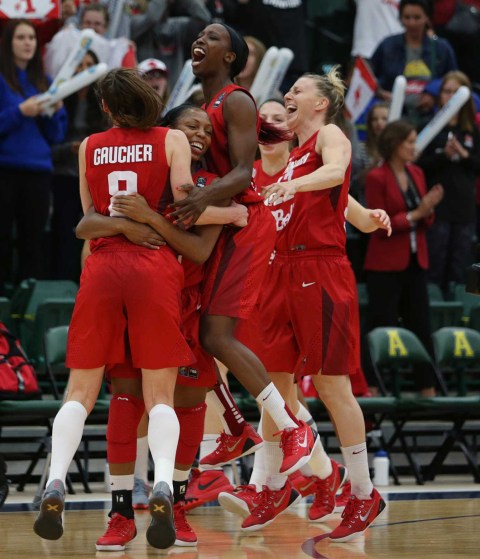 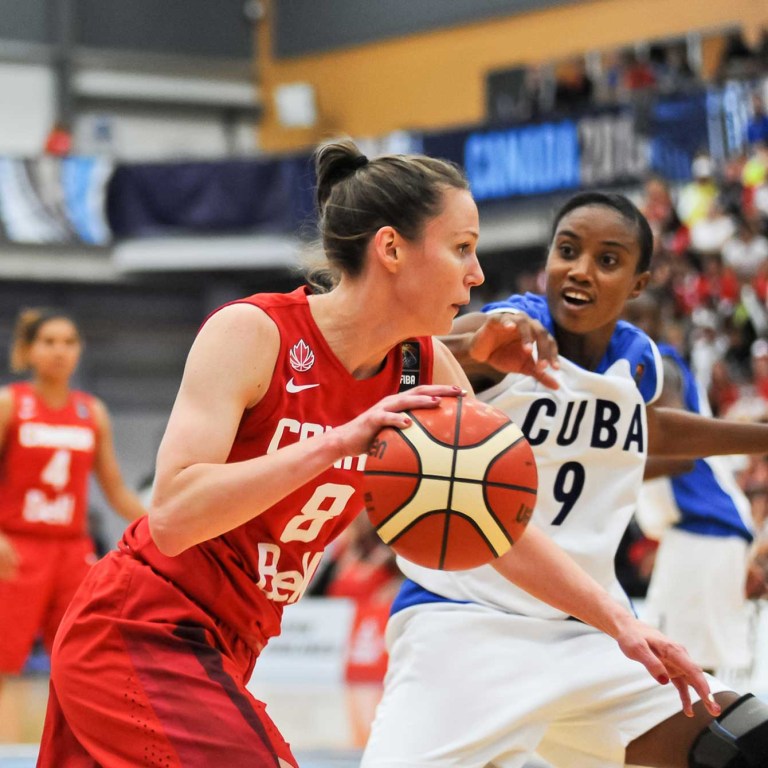 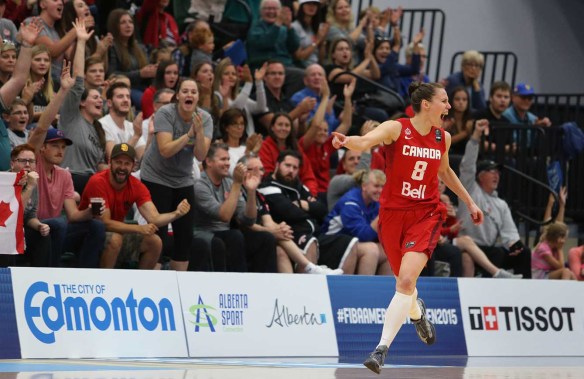 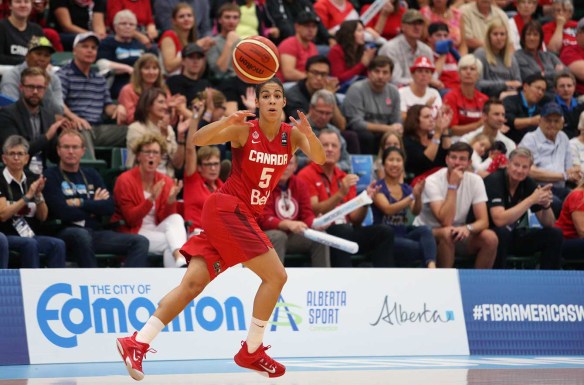 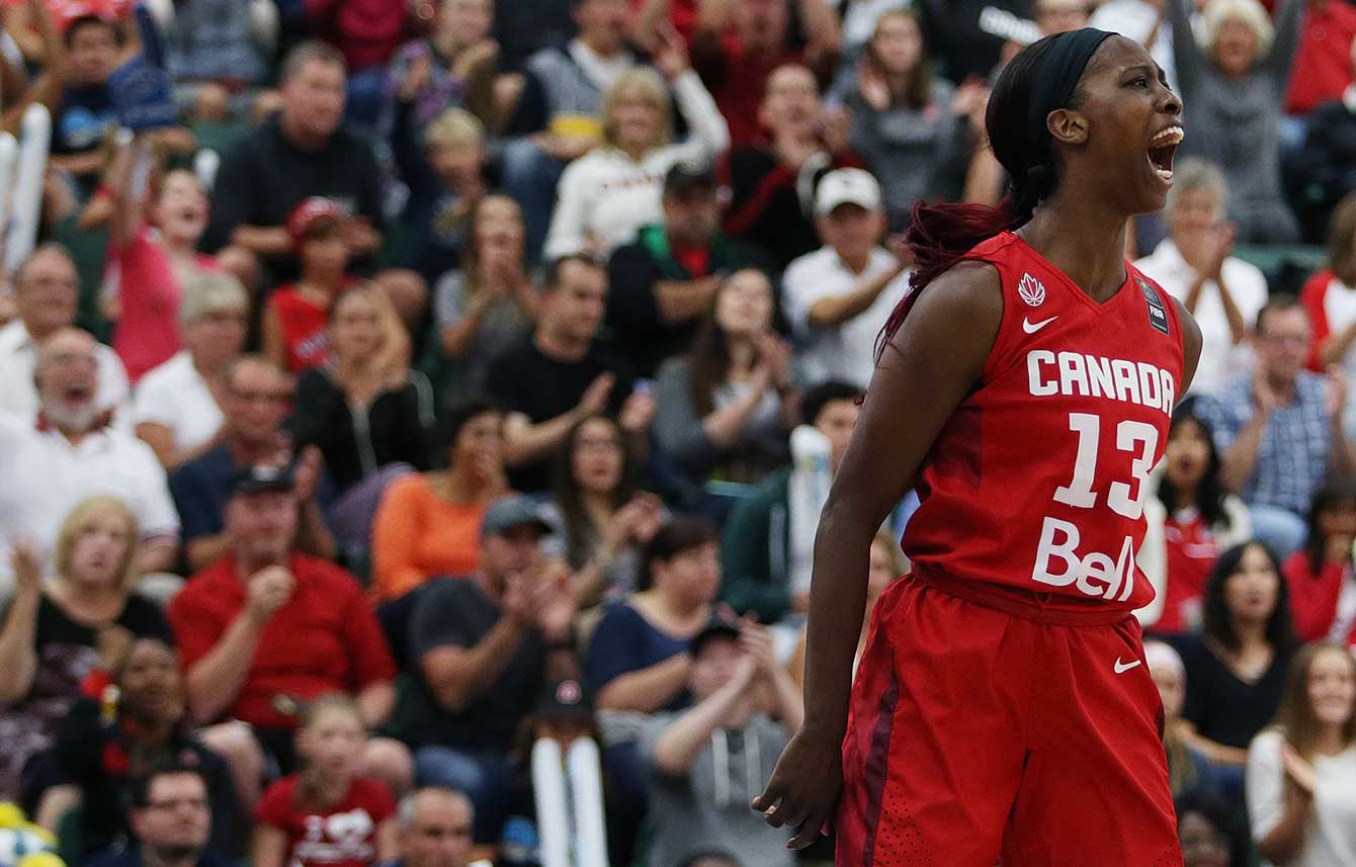 The Cubans hit hard early in the first quarter, and led by as many as eight points. It was mainly the shooting prowess of Leidys Oquendo who had 10 of her 25 points in the first 10 minutes. Oquendo also played all but 29-seconds of the game. After the first period it was 22-19 Cuba. 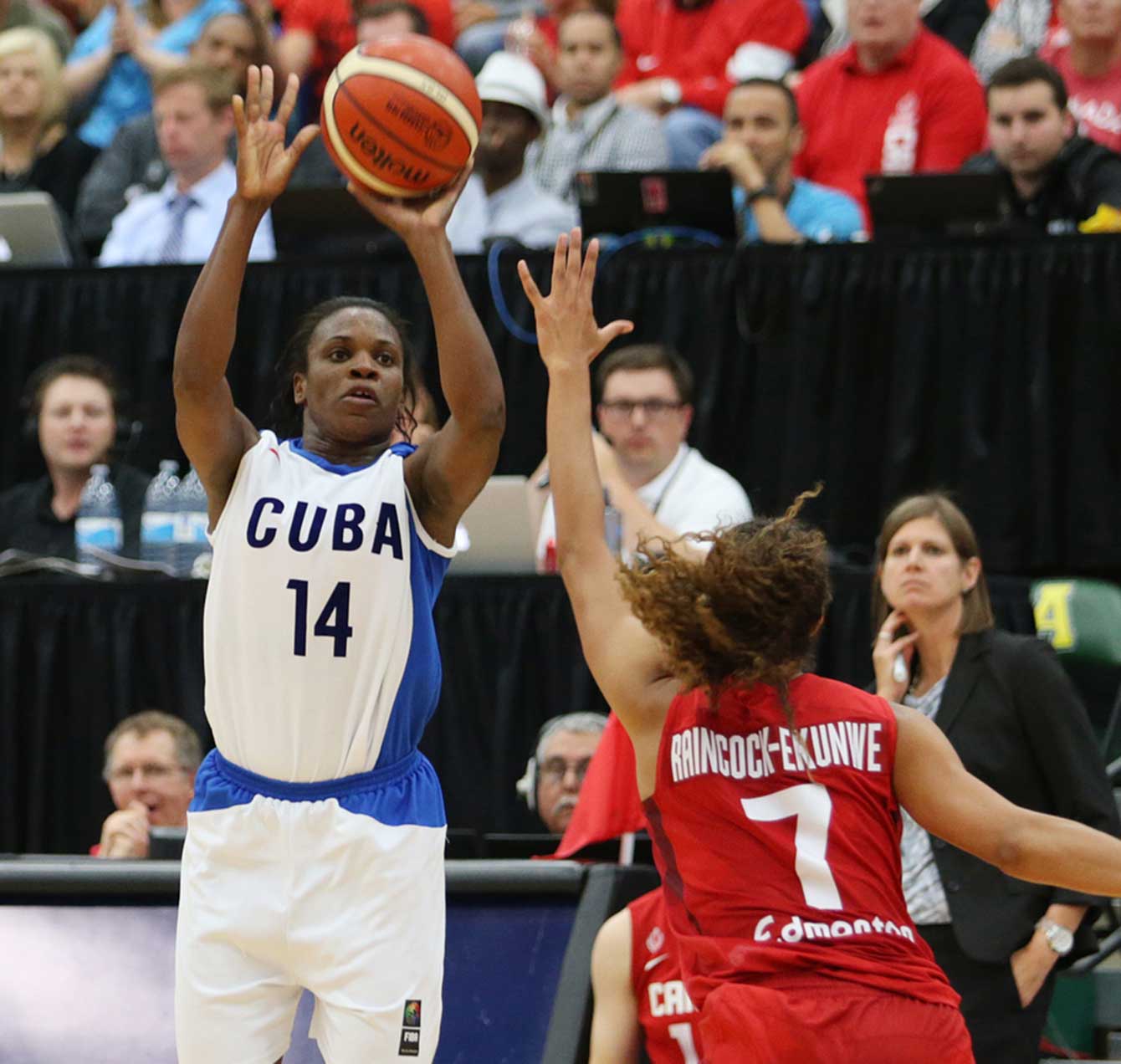 Leidys Oquendo was a big reason Cuba stuck around in the gold medal game.

However during that opening quarter the Canadian recovery had already begun. A 16-point run took them from eight points down, to eight ahead around the halfway point of the second period. The lead changed on a Kia Nurse basket that made it 23-22 Canada, 1:27 into the second. The 19-year-old had 20 points, again showing up big in a critical game for her team. 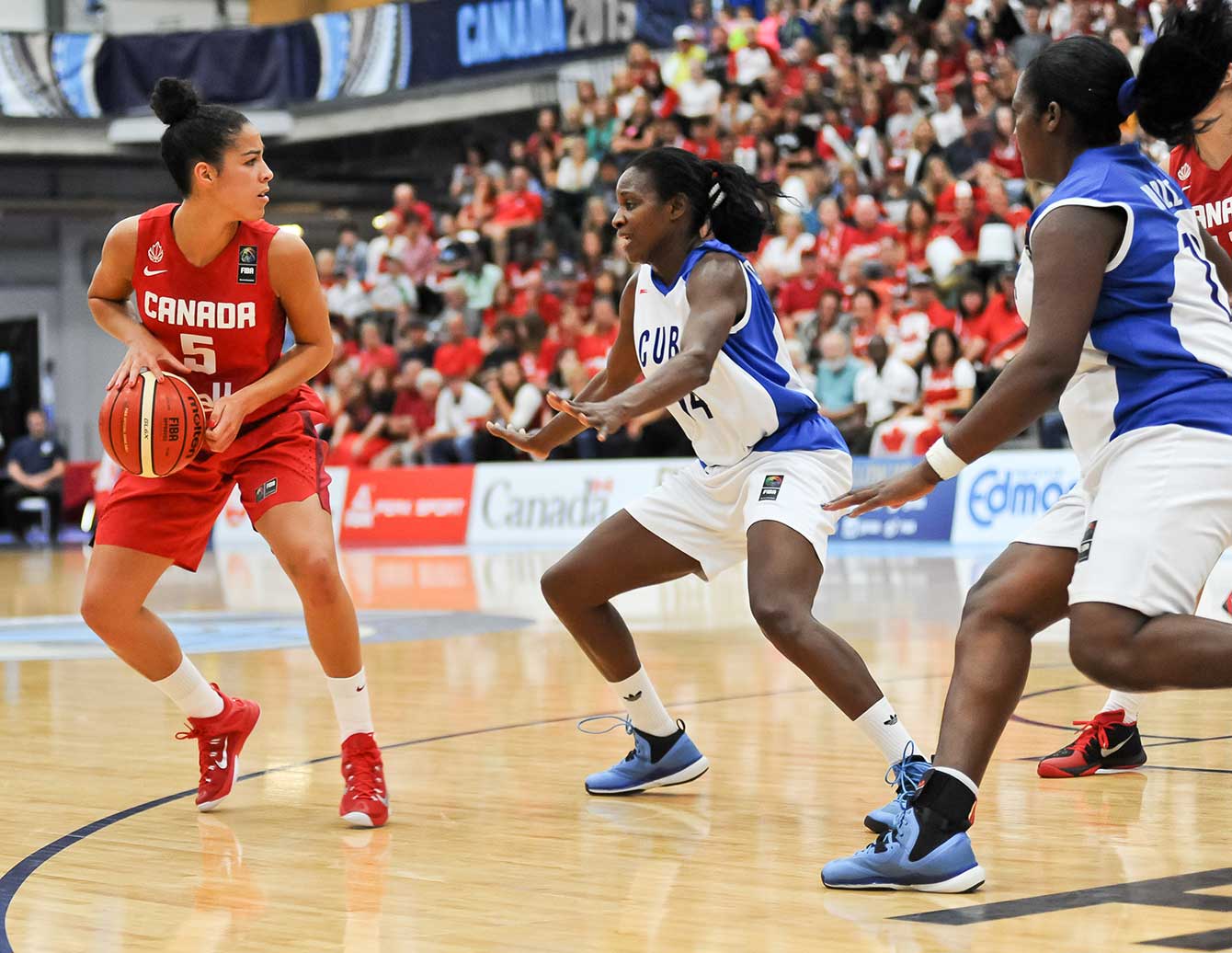 Kia Nurse scored 20 points, her biggest night of the tournament.

With a 44-35 lead at half-time the Canadians seemed in control again. It’s been this way all week, they move the ball around, everyone hits their shots, and opponents drown in the home team’s depth.

Yet, an Olympic spot was on the line and with that prize, resiliency can be expected.

Coming out of the locker room, three Cuban scores tied the game at 44. Again, Canadian head coach Lisa Thomaidis would ask her starters and bench to send another wave of scoring. And they did. From a 50-50 deadlock with 5:03 remaining in the third quarter, Canada would outscore Cuba 15-4 to lead 65-54 with 10 minutes to play. 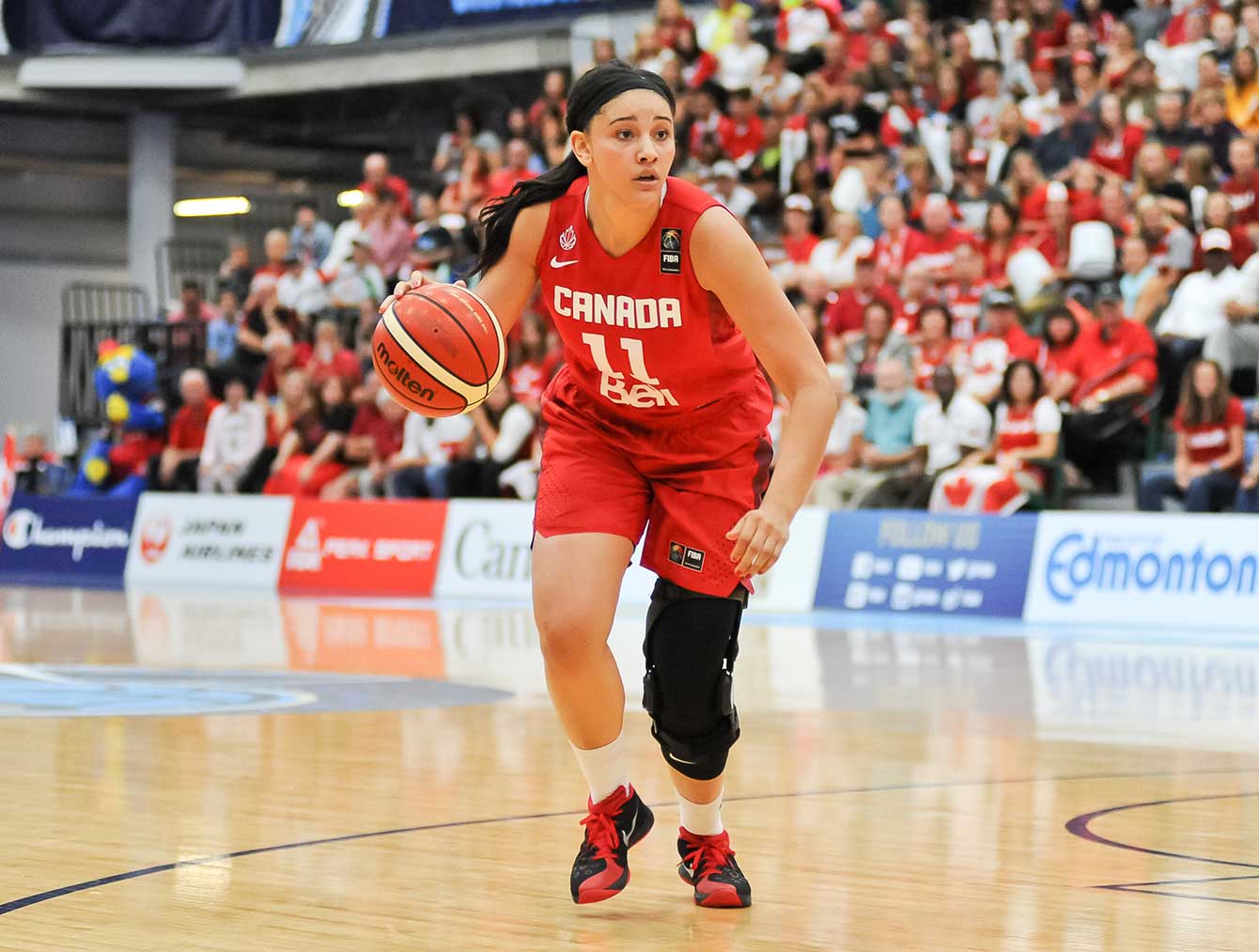 Guelph Olympian Natalie Achonwa contributed 12 points and five rebounds from the bench. The imposing Clenia Noblet had a great game, putting up 16 points and 10 boards for the Cubans.

Very plainly, in the final quarter Canada had more in the tank. The red jerseys finished at 53% from the field, hitting 13 of 19 free throws. Cuba was 45% on field goals and scored 8 of 11 free throws. As they have been all week, Canada was better off the glass, out-rebounding Cuba 34 to 23.

It is the second tournament win in a row for Canada, including their Pan Am triumph last month in Toronto.

Rio 2016 will be the second-straight Olympic appearance for Canada, they made the quarterfinals at the London Olympics and join the United States and Brazil as the nations qualified to this point. The Canadian program will benefit from qualifying one year out, something they didn’t do before London. Preparations will begin solely for Rio, instead of worrying about the final qualifying tournament in June 2016.

The Canadian men are scheduled to begin their FIBA Americas quest on September 1 against Argentina. The top-two from that tournament gain an Olympic berth.