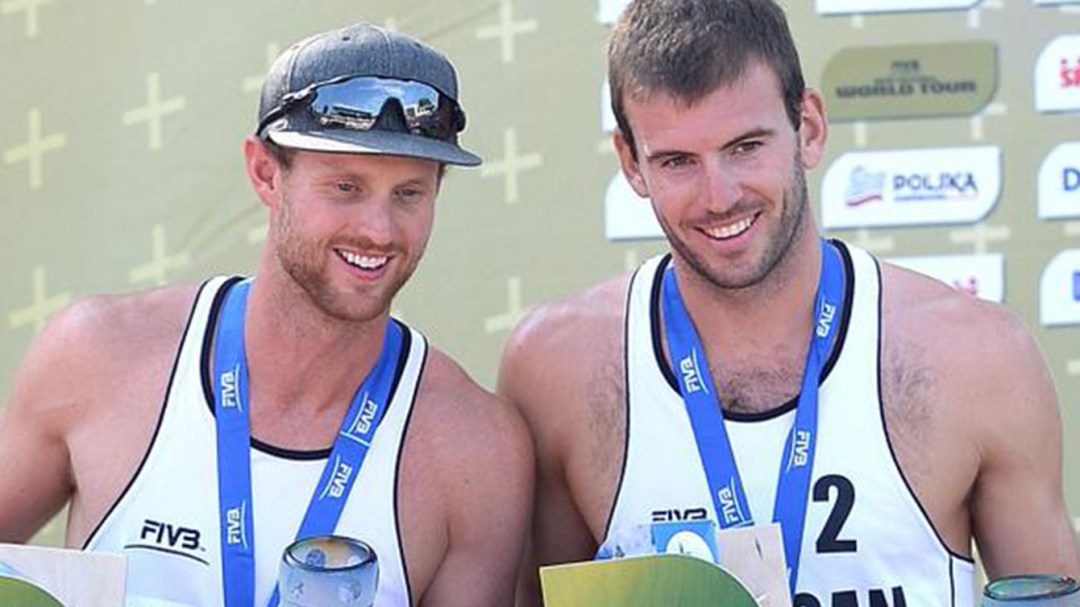 We say that because after five-straight losses to Jonathan Erdmann and Kay Matysik the Canadians pulled off a 2-0 (21-17, 21-18) bronze medal victory on Sunday in Olsztyn, Poland.

Canada’s top men’s pair on the FIVB World Tour suffered a three-set loss to Brazilian World champs Alison and Bruno in the semis, “We were motivated to win after we had a really tough loss against Alison and Bruno,” said Calgary’s Ben Saxton.

Red Deer, Alberta’s Chaim Schalk talked of getting ‘back to basics’ after a 25th-place finish at the Long Beach Grand Slam in mid-August. Before California the two won silver at the Yokohama Grand Slam in late July.

Along with their second medal of the season the pair take home $32,000 (US), not so bad considering what the amount might convert to in loonies these days.

Josh Binstock and Sam Schachter were 17th and in the women’s tournament Jamie Broder and Kristina Valjas were 5th while Heather Bansley and Sarah Pavan were 9th.

It has been a very successful 2015 season for the Canadian beach program, which has gone from irrelevant to contending since the first Open back in April. The women have combined for six World Tour medals (one gold, two silver, three bronze) while the men have won three (two silver, one bronze).

If the qualification period ended today Canada would have two team spots, both men and women, for Rio 2016.

This is thanks to the work of men Saxton/Schalk and Binstock/Schachter plus women’s teams Bansley/Pavan and Broder/Valjas. The top-15 on the Olympic rankings as of June 13, 2016 earn a spot for their country (up to two per nation).

Also, the World Tour Finals fall at the end of September which will likely feature at least one Canadian men’s team and two women’s teams.