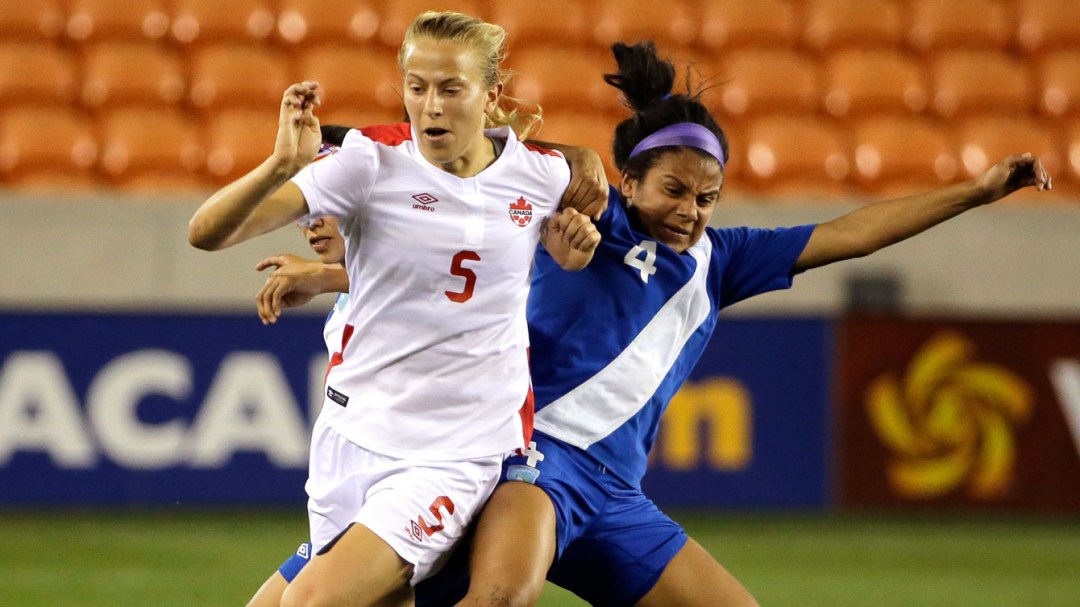 Hat-tricks from Rebecca Quinn and Nichelle Prince led Canada to a 10-0 thrashing of Guatemala on Tuesday to end the group stage of its women’s Olympic football qualifying tournament.

The conclusion of round robin play takes the London 2012 bronze medallists to the all-important semifinal match on Friday against Costa Rica, where a win in Houston will secure Canada’s spot in Olympic women’s football at Rio 2016. 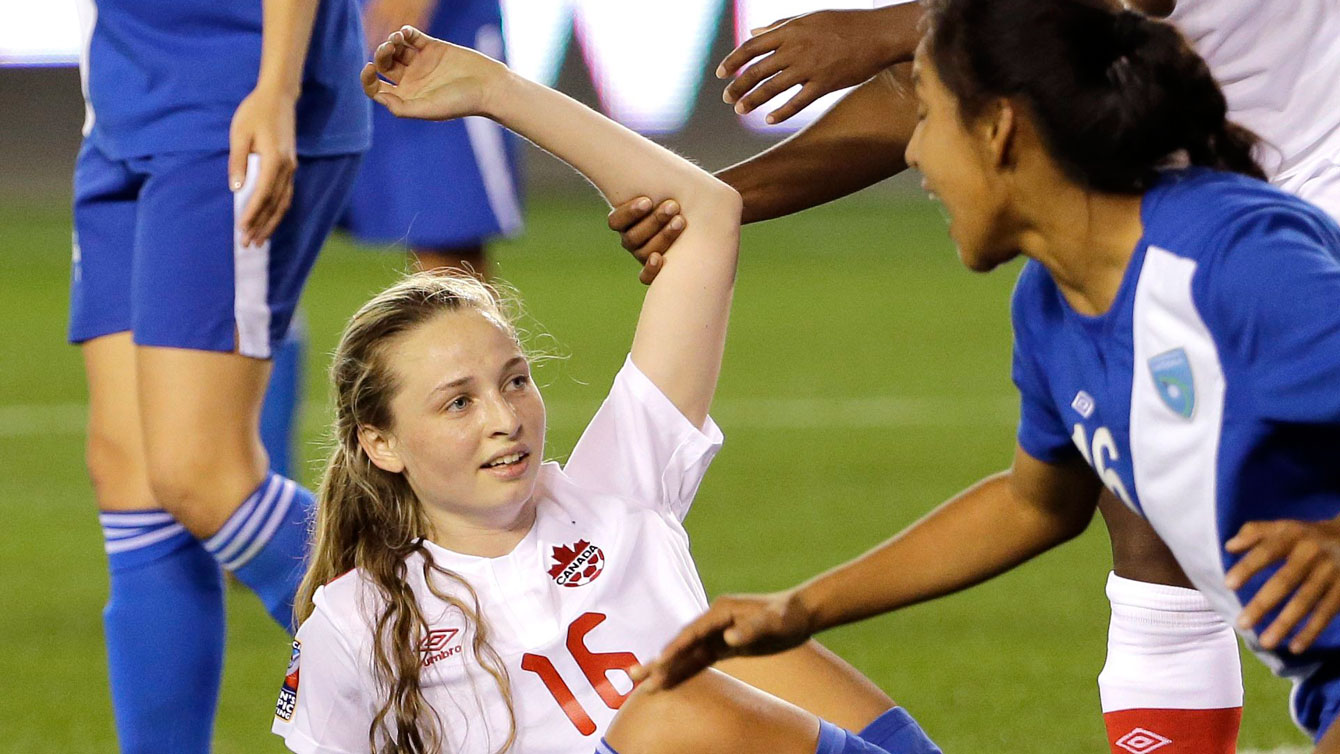 Gabrielle Carle celebrates her goal against Guatemala on February 16, 2016.

Having already qualified for the knockout stage after two matches, Canada started a fairly youthful lineup with many of the regulars resting on Tuesday.

It was one of the veterans, however, netting Canada’s opening goal; Melissa Tancredi heading one on target past the keeper in the fourth minute to give her squad a 1-0 lead. The Canadians added four more first half goals from Gabrielle Carle, Janine Beckie, Prince and then Quinn from the penalty spot at the stroke of halftime to go up 5-0.

At the restart, Quinn scored her next two goals in seven minutes to complete her hat-tick, which were also the first three goals of her senior international career as Canada extended its advantage to 7-0. 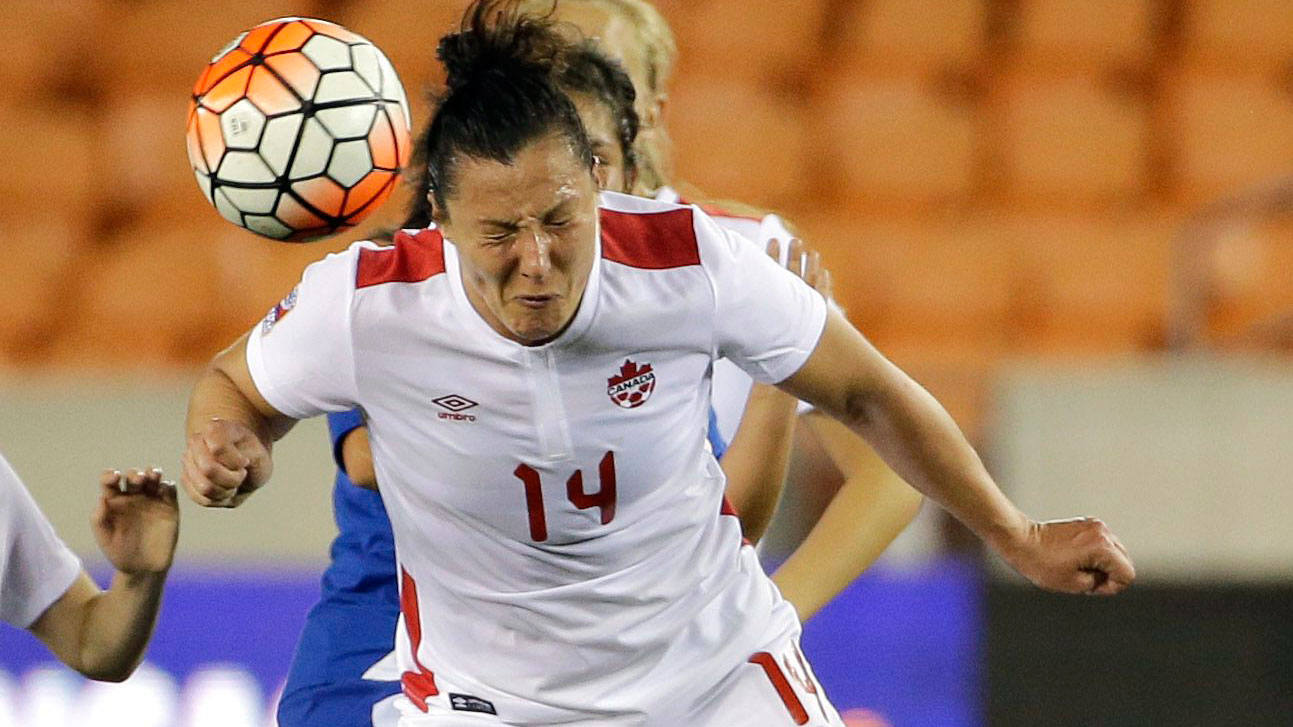 Melissa Tancredi heads a ball against Guatemala on February 16, 2016.

In the final minutes of the match Prince scored twice to complete her own hat-trick, the two strikes sandwiching a second goal from Tancredi as Canada reached double digits on the score sheet at 10-0.

Going by FIFA rankings, the Costa Rica match on Friday may prove to be Canada’s toughest of the tournament. At number 34, the Central American nation will be the highest ranked team Canada has yet to encounter in this tournament.

In three matches against Guyana, Trinidad and Tobago and Guatemala, Canada accumulated 21 goals without conceding. 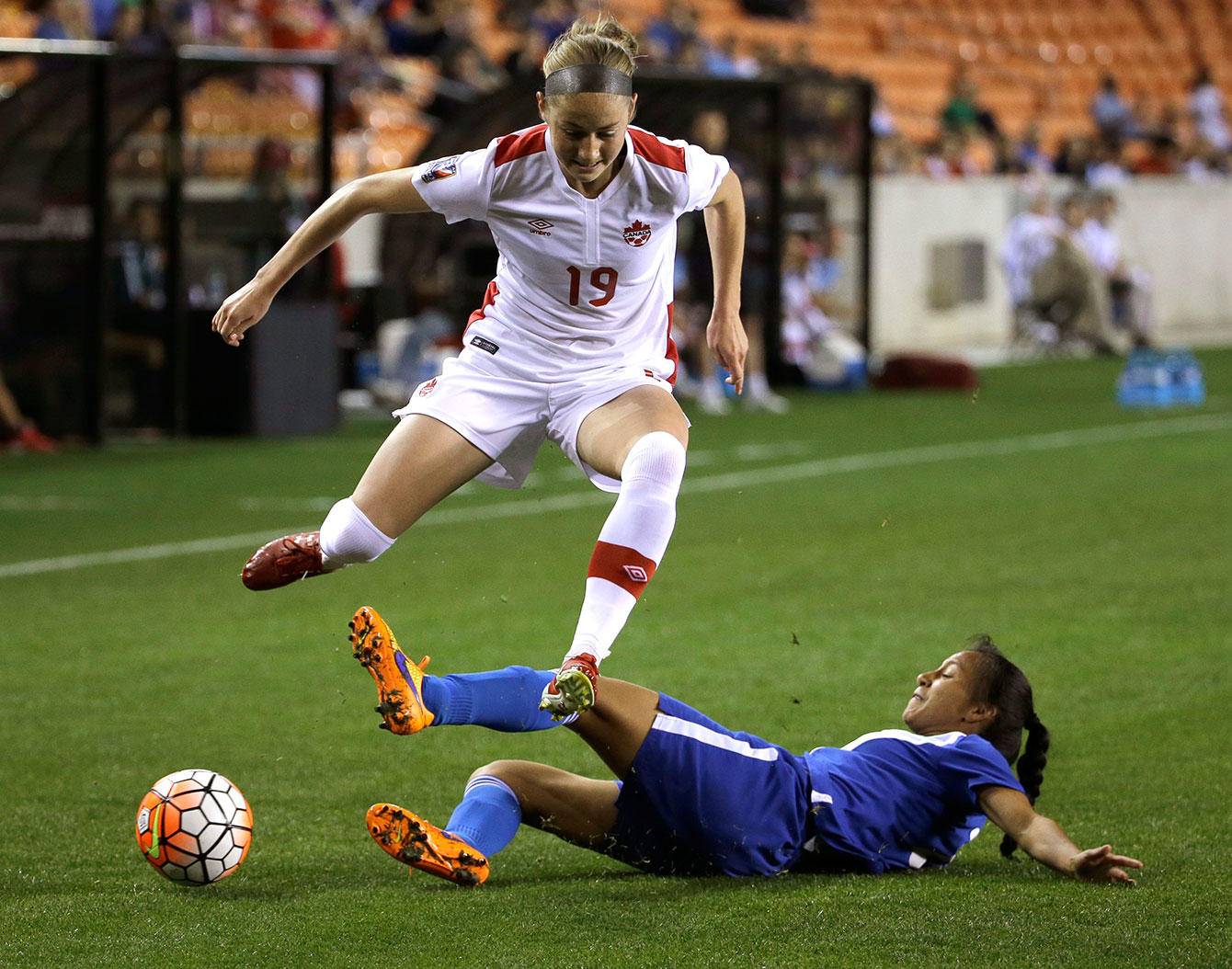 Janine Beckie tries to evade a sliding tackle against Guatemala on February 16, 2016.

Costa Rica suffered a terrible 5-0 drubbing to the United States in its opening match, then bounced back to trounce Puerto Rico 9-0 and narrowly defeated Mexico 2-1 to earn the semifinal berth.

The match on Friday is scheduled for 5:30 p.m. ET from Houston, and is expected to be broadcast live on Sportsnet One.

USA will meet Trinidad and Tobago in the second semifinal on Friday before the tournament winner – an affair with no Olympic qualification implications – will be decided two days later.