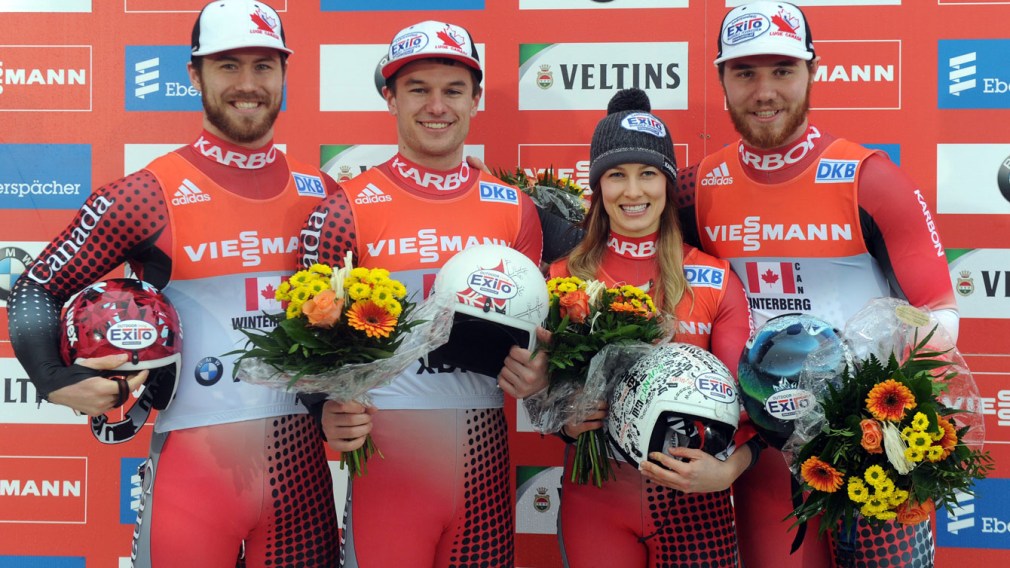 Canada’s luge season finished with a trip to the top of a World Cup podium on Sunday in Winterberg, Germany after winning the relay.

The team of Arianne Jones, Mitch Malyk, Tristan Walker and Justin Snith continued an end-of-season string of medal-winning performances in the luge relay, making the most of poor sliding weather in Winterberg by laying down a clean run in the early portion of the competition.

Canada’s time of two minutes, 26.595 seconds in the one-run race was set before track conditions became challenging due to rain and wind. Russia was second in 2:27.127 and Austria claimed the third place medal at 2:27.237.

After falling shy of the podium for virtually all season barring Alex Gough’s individual accomplishment in Igls, Austria in November, Canada ends the 2015-16 program with three consecutive top three results in the relay.

A bronze at the FIL World Luge Championships at the end of January and a silver in the previous World Cup race in Altenberg mark Canada’s completion of the season.

Remarkably, Canada used three different female sliders in each of the medal-winning relay performances. Gough ran the women’s leg at the World Championships, while it was Kim McRae’s turn to start Canada off in Altenberg, before Jones slid for the team in Winterberg.

Luge season ends with relay gold for Canada in Winterberg
55 Olympic and Paralympic hopefuls awarded the 2020 Petro-Canada FACE™ grant
Shuttlecock and balls: The fastest moving objects in sport
Adventure, culture and food: 9 things Peru is famous for
What to expect from Canadian tennis players at the French Open
Team Canada athletes in acting roles